Actions and emotions rule the first official trailer of Brothers 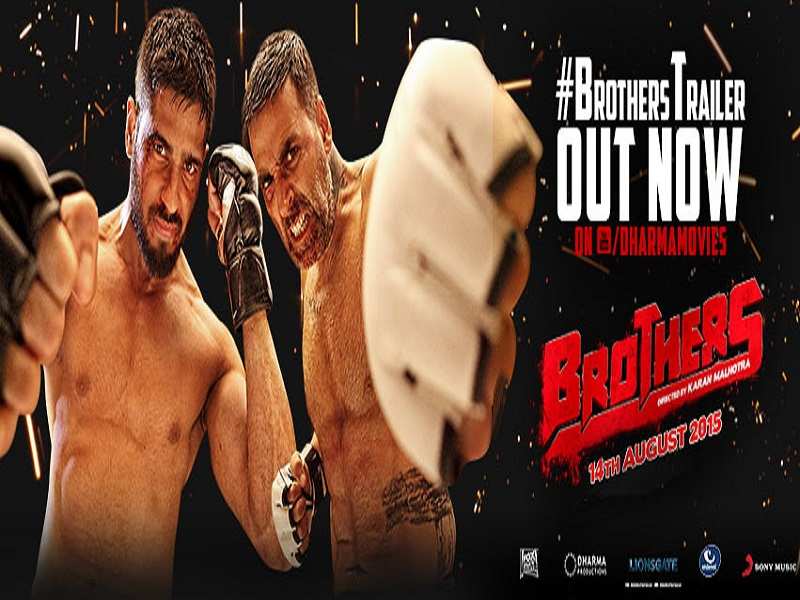 In the trailer, we see Akshay and Sidharth as estranged brothers who face each other in a boxing ring. Jackie Shroff plays the role of their father while Jacqueline Fernandes plays Akshay Kumar’s wife. While Akshay plays David, a professor who turns to fighting to save her daughter’s life, Sidharth plays Monty, a fighter who becomes an internet sensation because of one viral video and wants to prove himself.

The movie has been directed by Karan Malhotra, who has earlier directed the remake of the hit 1990 film Agneepath, starring Hrithik Roshan and Sanjay Dutt in leading roles. Produced by Karan Johar, Hiroo Yash Johar and Endemol India, the film is officially presented by Fox Star India, in association with Lionsgate.

The trailer was awaited by the respective fan followings of both the stars, and had been trending on Twitter for a few days. It has collected 1,567,134 views in less than 24 hours of being released, and has caught the fancy of many Bollywood stars as well.

Advertisement
Here are some reactions from the industry.

Killer trailer of Brothers, this one gotta watch,congrats to the team. @karanjohar @akshaykumar Sidharth http://t.co/H4FunAU4MN

Hey @karanjohar I feel #Brothers is going to resonate with me in so many different ways,guess only you will understand- cant wait to see it!