AIB Hacks: This is how the comedy group pitches to brands

You know AIB, the group whose full name you can’t tell your parents?

Branded as the desi John Oliver, this group is also (in)famous for taking a FIR head on. Advertisement
With big FIRs come unimaginable amount of fame and eventually big cheques from brands and events.

While speaking at The Coalition in Delhi, funny man Tanmay Bhat shared three insider tricks that , , and he swears by while pitching their ideas to brands and trust us they’re hilarious! 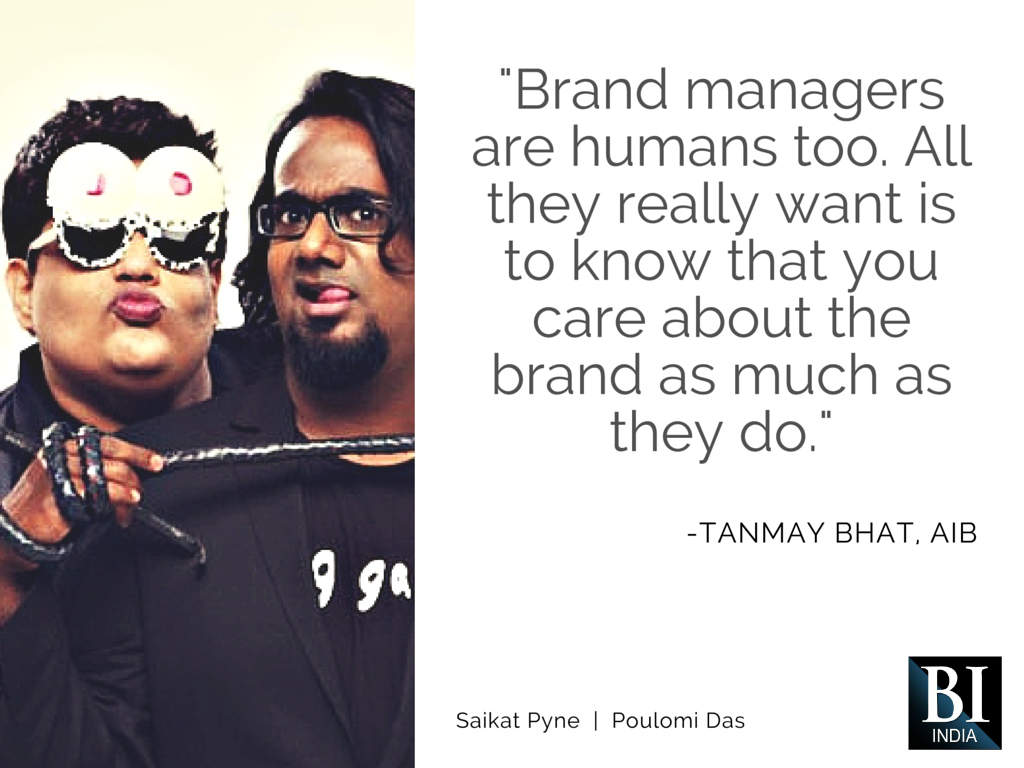 “I might be bursting a myth here, but turns out brand managers are humans too- and all they really want is to know that you care about the brand as much as they do,” Bhatt explained as the audience erupted in laughter.

According to Bhat, firstly they pitch an idea that they know the brand managers will reject, “And, when they do, we too put a sorry face and say “Yeah, I think he’s right. This idea is really not that good.” 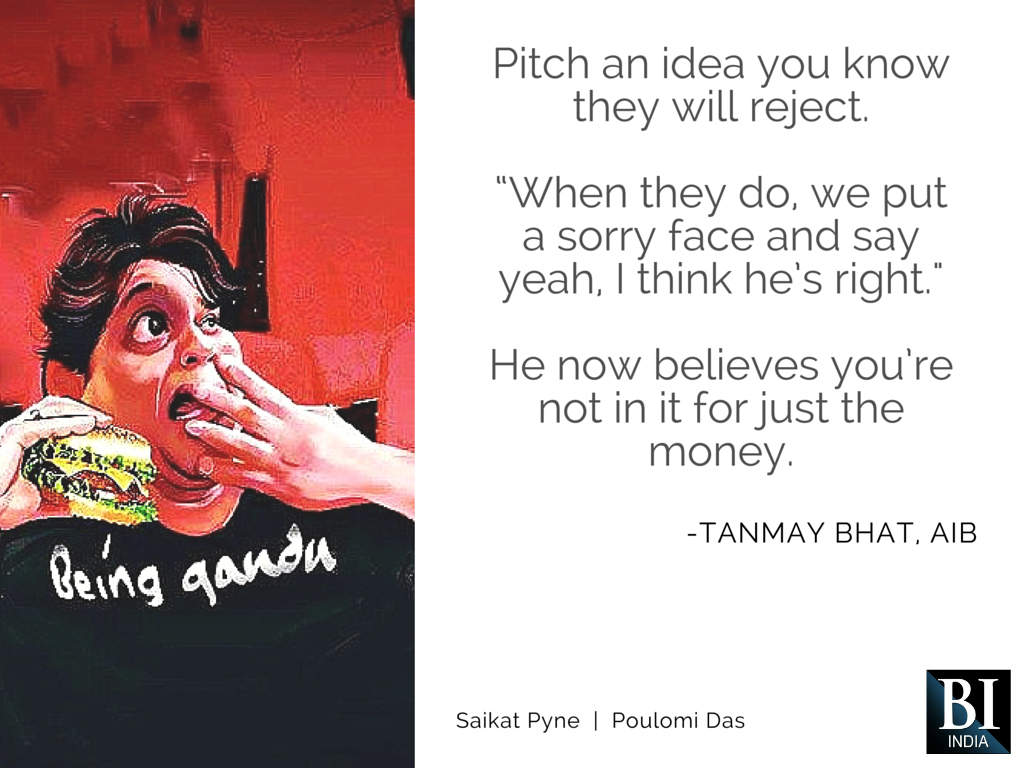 Advertisement And bam! You’ve got him on your side. He now believes you’re not in it for just the money (which sometimes might be untrue).

Next we pitch another outrageous idea that again they’ll want to get rid of as soon as they hear it.

We promise them the next one is going to be the one.
Advertisement And, then we finally pitch the idea that we’ve wanted to do all this while. And, before you know it- he laps it up, mainly because the only sane idea they’ve heard all this while.

That’s not all. There’s another trick that Bhatt claims makes a world of a difference. “Never ever pitch an idea via email. Always insist on a meeting or an interaction in person.” 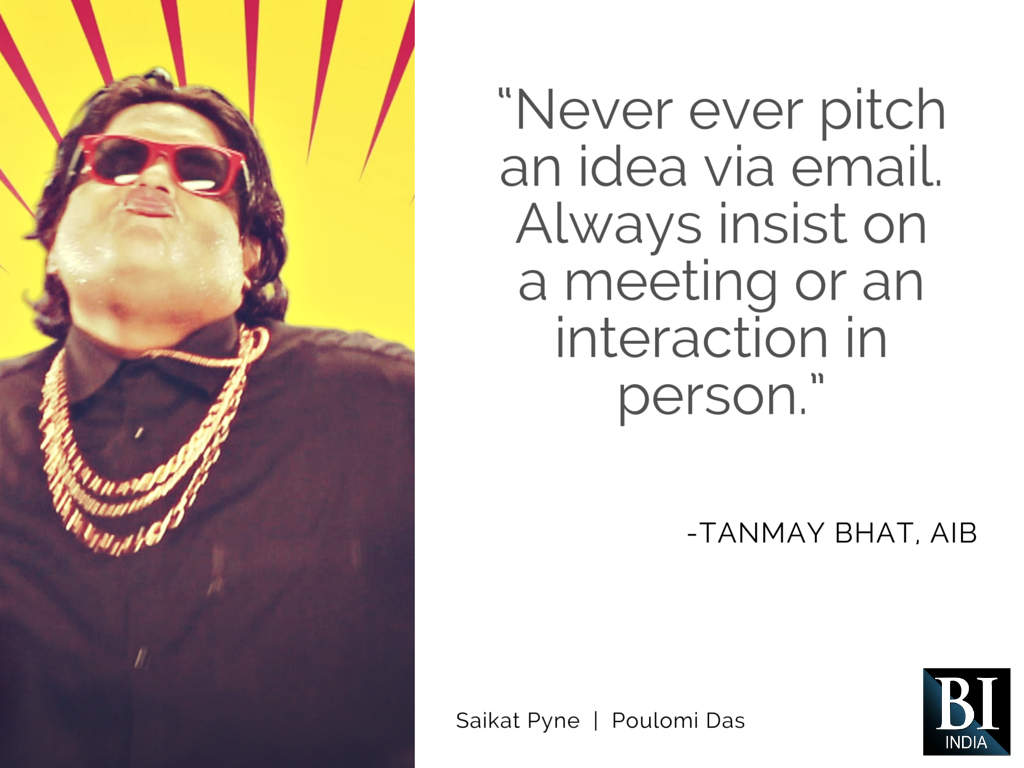 Advertisement If they ask you to send them a an email with the pitch, say, “I will send it to you 20 minutes before I meet you,” Bhat explains.

That way, he adds, that you can be physically present while he reads your pitch and gauge his reaction firsthand.

Next StoryLeonardo DiCaprio's long-awaited Oscar win is now inspirational street art
Popular on BI
1
Forget vitamins: Fauci says the 3 best things 'to keep your immune system working optimally' cost nothing
2
Bill Gates says Elon Musk couldn't be confused with Steve Jobs and that electric cars are 'far easier' than other climate change technology
3
India’s $50 billion wedding industry is gearing up for a busy winter — business may have shrunk in size but it has not lost its sheen
Latest Stories
Trending News
Leonardo DiCaprio's long-awaited Oscar win is now inspirational street art
Here are Hollywood's biggest donors in the 2016 election - and how much they're spending
Priyanka Chopra is Bollywood's Hero No.1
Popular Categories
Trending Right Now
More from our Partners