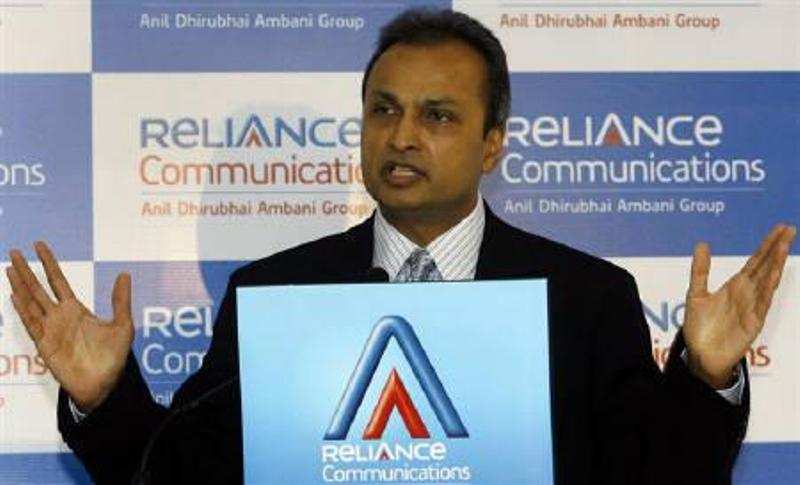 In a bid to trim debt and concentrate on core operations, Anil Ambani-owned , pitched as India’s fourth largest telecom carrier, wants to sell 51% stake in its unit at a valuation of Rs 20,000-25,000 crore.
Advertisement

Reliance Infratel is India’s No. 3 tower company with around 45,000 towers and over 120,000 km of intro and inter-circle fibre. The first two positions are taken by Indus Towers and Bharti Infratel.

As per insiders familiar with the matter, Ambani has sought bids from bankers including Morgan Stanley, Bank of America, Merrill Lynch and JM Financial to run the process.

"Taking Bharti Infratel's valuation as a benchmark and putting in all performance and other parameters in place, Reliance Infratel's enterprise value would be at least Rs 20,000-25,000 crore, especially given the fact that the company has the largest fibre network in place," one of the people told Economic Times.

As per data provided by India’s market bellweather BSE, Bharti Infratel, the only listed company in the space, has close to 86,000 towers and was valued at about Rs 74,000 crore as of Tuesday.

Advertisement
Reliance Infratel is 96% owned by RCom and the remainder is owned by small and institutional investors like George Soros' Quantum (M), NSR Partners, Galleon, HSBC Daisy Investment ( Mauritius), Drawbridge Towers, Investment Partners B (Mauritius), which have invested $287 million in 2007.
"The other deleveraging moves such as monetising real estate and sale of Global Cloud Xchange will continue, but given the condition of the market as well as the improved industry climate, the tower asset sale has been fast-tracked," the person told ET.

Another person familiar with the process told ET that RCom wanted to concentrate on its telecom business, launch 4G LTE services and monetise assets to reduce debt.

Selling off of 51% stake would mean reduction of debt by at least Rs 15,000 crore and potentially by about Rs 20,000 crore on exit, said the person. He added that the company's debt, after paying the Rs 1,100-crore upfront fee following the March spectrum auctions, stands at about Rs 37,000 crore.

Advertisement
Reliance Infratel has a debt of about Rs 8,000-10,000 crore, which is now part of RCom's books.

Reliance Infratel sets up towers on which mobile phone companies install their base stations and equipment. The move to monetise it comes after nearly five years after a proposal for an initial public offering fell through due to stock market conditions, turmoil in the telecom industry, ongoing litigation and the absence of a clear valuation mechanism. Also, at that time, the only tenant on the towers was RCom.

However, quite a lot has changes due to greater polic certainity and more pricing power and surging demand for data. Most leading telecoms
have announced investments to expand and roll out 3G and 4G networks. As per the financial daily, RCom towers also now have 45,000 external tenancies, 30,000 from Reliance Jio Infocomm and 15,000 from others such as Airtel, Vodafone and Idea Cellular.