Budget 2016: Can the Indian defense forces get a little more than 2% of the GDP? 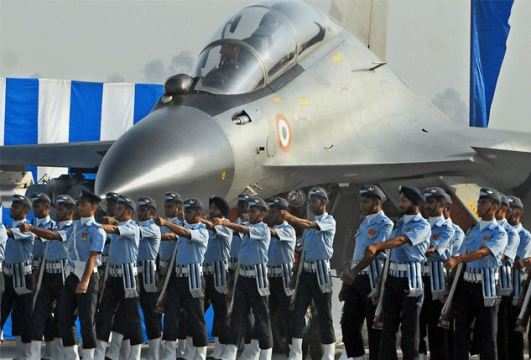 Considering the massive military modernization, OROP commitments and implementation of Seventh Pay Commission a hike is warranted in allocation in the upcoming Budget 2016 for Defense sector.

Post the Gurdaspur and Pathannkot attack, the army’s main focus has been on border management. At present, it is more manpower oriented rather than technological. The border management needs a complete overhaul making it more dependent on state of the art technology. A lesson needs to be learnt from Israel whose border management is mainly monitored through technology and less on manpower. The internal security duties and frequent deployment for natural disasters too need to prepare a lot.

More autonomy for Airforce? Advertisement
The air force is still dependent on the bureaucratic hurdle of getting the Rafale. Even after the decision of buying the 36 fighters off the shelf, the negotiations are still on. It was expected to be signed during the visit of French President on republic day, but didn’t. The good news though is about the spectacular performance of home made Tejas at the recently completed Bahrain Air Show. Tejas, a 4.5 generation aircraft like , has always been insufficiently funded by the government and undermined by the IAF with periodic rewriting of ASRs.

The Navy showcased its growing supremacy at the recently concluded International Fleet Review (IFR). The Navy has emerged as an effective tool of Indian diplomacy in past years, making it imperative for policy-makers to redefine the role of the nation’s naval forces in Indian strategy. The Indian Navy’s role is now changed from being local sea control and shore defense orientation, to a more aggressive naval posture. India needs blue water navy not only to meet emerging naval threats from Pakistan and China. It also has to safeguard strategic location at the center of the Indian Ocean as well as to protect its extensive exclusive economic zone.
Advertisement

The Indian Navy also has a 15-year plan to achieve full indigenization in all phases of warship construction as a part of Make in India campaign. But it’s a real long time and the Navy to maintain its supremacy in Indian Ocean and to withstand the rising Chinese Navy’s ambition, still needs Submarines, Frigates and helicopters.

Make in India has led to a lot possibilities for private partnership in defense which can bolster manufacturing sector. In a significant boost for the Indian Air Force, Phil Shaw, chief executive of Lockheed Martin India Private Ltd said "We are ready to manufacture F-16 in India and support the Make in India initiative," at the Singapore Airshow 2016. There have been lots of interesting deals that have been signed under Make In India campaign recently: Advertisement
1) BAE Systems to partner with Mahindra for assembling & testing M777 howitzers

In the neighborhood, Pakistan's defense budget has consistently been getting an almost double-digit growth meanwhile China maintains a defense budget which is three times the size of India. China’s dangerous adventures can gauged from the recent news that is has deployed surface-to-air missiles () near a Chinese-held feature in the Paracel Island group. As reported by Fox News the missile deployment, based on analysis of satellite imagery; the news has since been confirmed by both the U.S. Department of Defense and Taiwan’s Ministry of National Defense (MND).

Incidents of border stand-offs in the North and claiming of Aksai Chin are major irritants. Besides, India's traditional strategy to combat insurgency and terrorism remains military oriented. Combined with the ambition to extend our maritime sphere of interest, these potential threats will require India to give a boost in its defense spending. Advertisement
Looking at India’s neighborhood scenario the government needs to take a call whether it can or cannot hike the defense spending. Our defense strategy should be based on therealities of the money this government can actually spend.

One also needs to look in to the fact that continued government’s fiscal deficit targets and the need to increase the budget allotment on Education, Health and policies for the poor farmers will also be deciding a factor if this Government can actually spend more than 2% of its on defense.

The article has been authored by defense analyst Sunil Rampore, who works as a leading consultant in defense and aerospace industry.