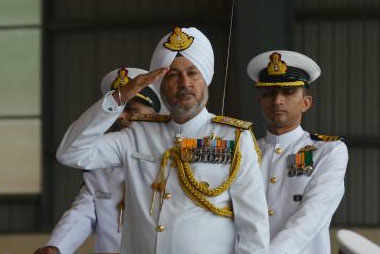 Stating that defence services and vendors were facing procedural difficulties in procurement of equipment, Vice Admiral SPS Cheema today said these procedures were being reviewed by the government.

"These (procurement procedure) difficulties will be addressed in these reviews," a Navy release quoted Cheema as saying.

He was speaking at the launch of the two-day clothing and footwear seminar-cum-exhibition organised for the first time by the here today.

Advertisement
At the exhibition, several firms showcased their products and offerings that could be of use to defence and , the release said. "The seminar was yet another effort by the Indian Navy towards achieving improvement in quality of clothing, smart stitching and footwear while propelling the cause of Make in India," it added.
Gautam Singhania, CMD, delivered the keynote address on the occasion.
He apprised the audience about the developments in the , which can be of great use to the armed forces, the release said.