Navdeep Yadav
Aug 6, 2020, 19:07 IST
Pidilite
Fevicol maker’s revenue fell to less than half and the bottomline was teetering on the edge of a loss as the COVID-19 pandemic brought most construction and renovation projects to a grinding halt.

Pidilite Industries, India’s largest maker of adhesives, reported a 94% decline in its consolidated net profit, which fell to ₹15.82 crore for the first-quarter ended June 30. 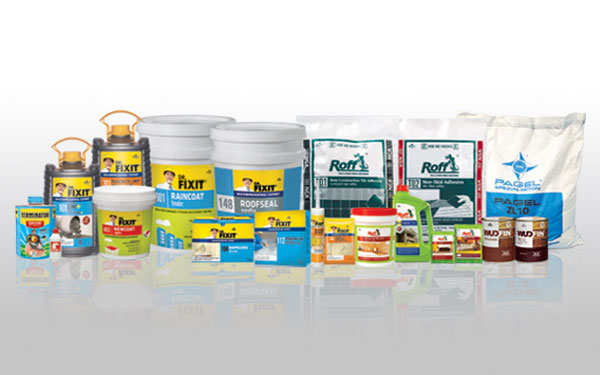 The total revenue was down 56% year-on-year to ₹897.84 crore during the period, the company said. However, this is still better than what analysts had predicted. The street was expecting a washout quarter. According to various analyst reports, the company was slated to see a revenue decline of almost 64%. Advertisement

The share price also reflects that investors were hoping for the same. The stocks have declined nearly 2% since the beginning of the first quarter, till date.

A larger chunk of money for the company comes from the renovation and the new houses. The company’s consumers list includes carpenters, painters, plumbers, mechanics and amid the lockdown, these services were shut and later people were reluctant to allow workers into their houses due to the fear of the virus.
Advertisement
And even for the future, with COVID hitting people’s pockets, analysts think home renovation is not going to be on people’s minds anytime soon. And, with high real estate prices, buying a new house is out of the question.

This is the first largest drop in the first quarterly profit of Pidilite in at least three years— as the pre-monsoon season is usually the best time of the year due to people renovating homes using its products such as Dr Fixit, M-Seal and others.
AdvertisementEarlier, the last such dip in the first-quarter profit was recorded in 2017 when the performance was impacted by the short term challenges of the transition to GST.


This dent is large because of the low sales amid the coronavirus induced lockdown. The company saw zero sales in April, 50% sales in the month of May and 80% after a gradual recovery in June.