Analysts expect IndiGo to report a net loss of ₹1,750 crore in Q4 due to Mark-to-market accounting (MTM) losses worth ₹1,010 crore.


On March 22, the government announced a nationwide lockdown to deal with the COVID-19 pandemic and airlines to halt domestic operations — a week after It announced a ban on international flights.

However, the ban was not applicable for cargo flights, but the airlines experienced a major cash crunch as a big chunk of the revenue comes from passenger flights.
Advertisement
Since the beginning of 2020, Indigo’s share price has taken a massive hit as people were avoiding unessential travel in the times of coronavirus pandemic.

The share price declined over 27.51% since the beginning of the fourth quarter, till date. However, the stock recovered over 3% on May 13. The stellar rally in airline stocks was triggered by the Indian government’s decision to resume domestic flights from May 25.

According to Directorate General of Civil Aviation (DGCA), India’s domestic air passenger traffic crashed by over 33% in March on a year-on-year basis. Less than 77.62 lakh passengers travelled as against 1.15 crore for the corresponding period of the previous year. In which, IndiGo has a 40% market share. Indigo ferried around 43 million passengers in 2019.

The company, unlike other airlines, tried hard to refrain from pay cuts in the month of March and April following the call from Prime Minister Narendra Modi not to cut salaries of people they employ. But, buried under the losses, the country’s largest domestic airline company announced pay cuts ranging between 5 and 25% this month.

SEE ALSO: May monthly auto sales data is unlikely to fire up the spirits

Within minutes, IndiGo’s shares nearly halve their losses since March-end after India allows local flights to resume from May 25⁠— SpiceJet soars too
{{}} 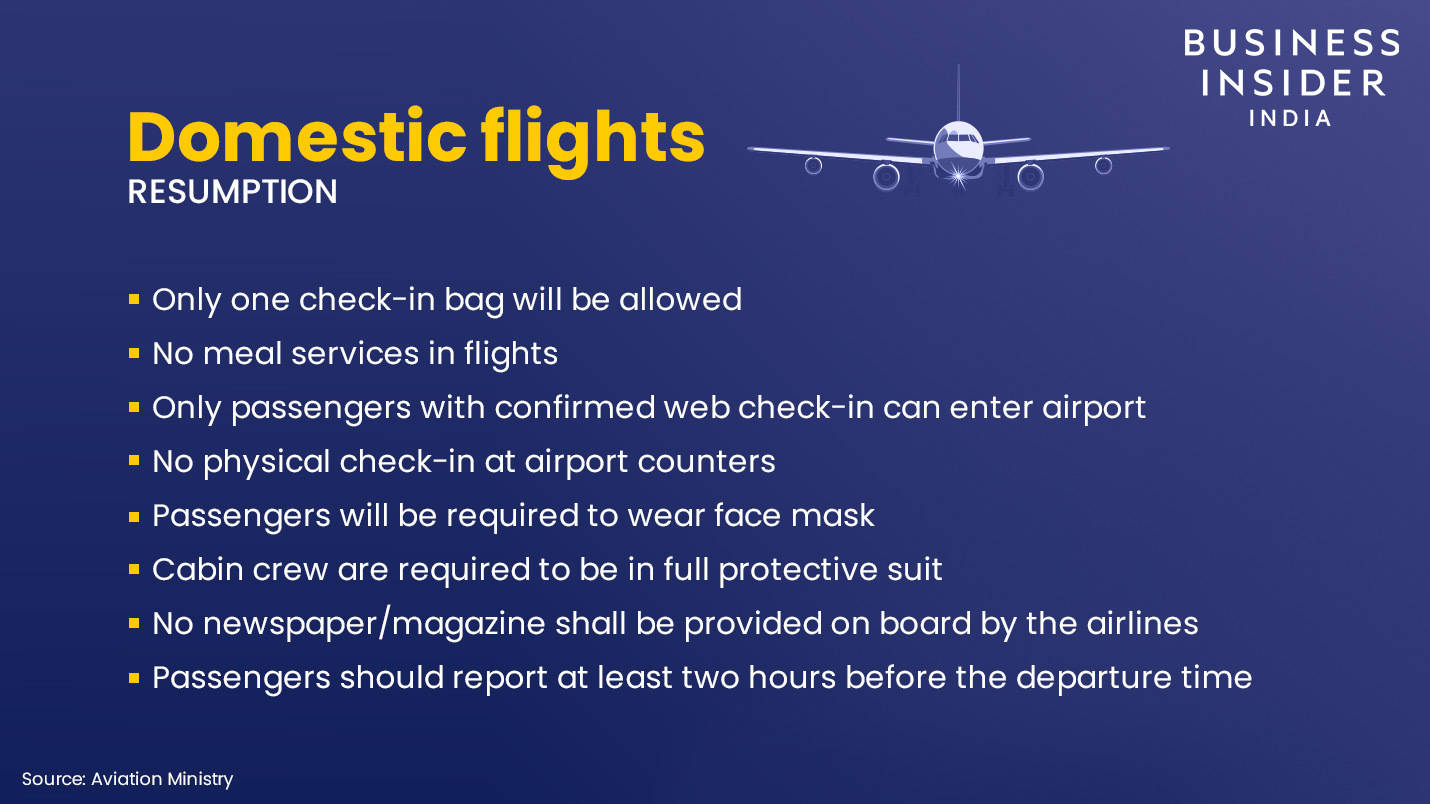