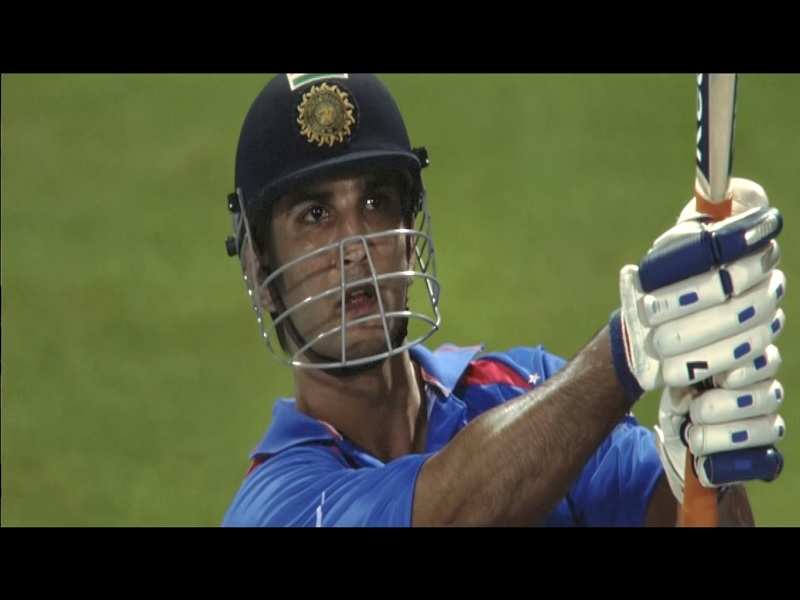 Advertisement
The first official trailer of M.S. Dhoni: The Untold Story, the biopic based on the life of one of India’s most popular cricketer Mahendra Singh Dhoni is out, and looks like the leading actor , who plays the titular role, has left no stone unturned in bringing the cricketer alive on screen.

The Kai Po Che actor looks, walks, talks and hits sixes just like Dhoni, and the fact that he has completely gotten into the character can be seen in every frame of the trailer.

The trailer starts with a young Mahi, thinking whether he should continue his job as a Ticket Collector at Kharagpur railway station, or do something to hone his cricket skills and live his passion.

The movie shows his transformation from a footballer to a cricketer to one of India’s most successful cricket captains, while also throwing light on his struggle, his family, and a little bit of his love life.

The trailer was released last evening, and has already garnered 20 lakh views in less than one day, once again showing why Dhoni is, well, Dhoni.
Advertisement

Here is the trailer, and don’t forget to draw comparisons between the shine in the eyes of Dhoni when he hit the six to make India win the World Cup in 2011, and the one that Sushant mirrors in the movie.

Directed by Neeraj Pandey, the movie releases on 30th September 2016 and also stars , , , and .
NewsletterSIMPLY PUT - where we join the dots to inform and inspire you. Sign up for a weekly brief collating many news items into one untangled thought delivered straight to your mailbox.
CAPTCHA: