EXCLUSIVE: Manohar Parrikar speaks about the Raffle deal and what it means for India 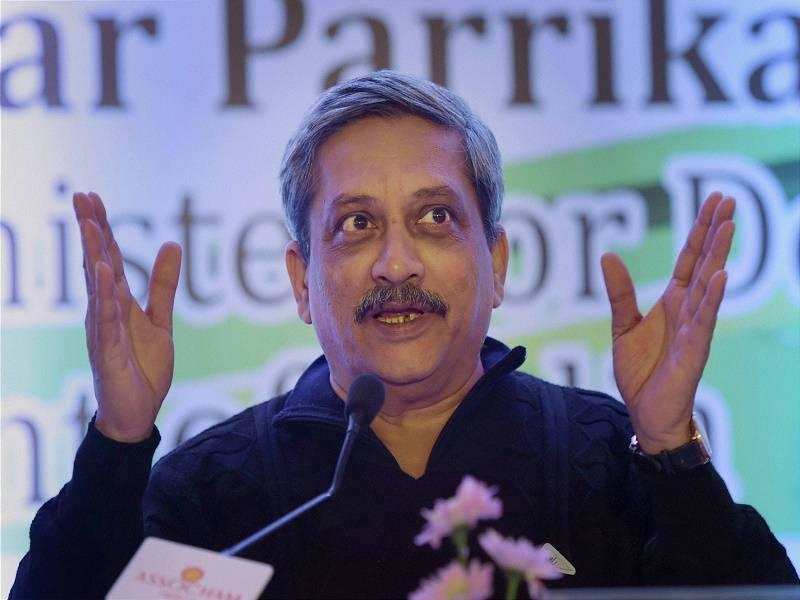 Advertisement
The Rs 58,000 crore deal executed by India to purchase 36 Rafale fighter jets from is undoubtedly one the most well negotiated pacts and one that will bring along huge gains for the domestic aviation industry besides creating job openings for the people of India.

So what makes this deal, first since the purchase of Sukhois from in the late 90s, a win-win for India.

In an exclusive chat with DefenceAviationPost.com, Union Defence Minister, said, “In any foreign deal, there are 3-4 things that have to be taken care of. First is the cost, which we have negotiated at a much lesser price than the earlier price being quoted by the French team.”

It is noteworthy to point here that the 7.878 billion Euros deal has been clinched at a price that is 750 million euros less than what was quoted by the French team in January 2016.

“Second is the percentage of offsets which in this case is much higher than any other foreign military sales so far. This creates a huge potential for the aviation industry and is in line with the Prime Minister’s Make in India initiative,” the minister said.
Advertisement

It may be mentioned here that deal comes with a 50% offset clause which means that Indian companies will get businesses worth over 3 billion euros or Rs 22,500 crores.

said the most significant feature of this contract are the enhancements for India which even French aircrafts do not have.

Firstly, these fighter jets come along with state-of-the-art missile weaponry profile that increases the strike capabilities of the to a great extent. It includes Meteor Beyond Visual Range (BVR) air-to-air missile with a range in excess 150 kms. Then it also comes along with (Pointed Offence) which is a long range air to surface cruise missile with a range of over 300 kms.

Further, these fighter jets will be customised in line with the requirements of the IAF and will include , radar warning receiver, infrared search and track among others.

“So from all directions it is a win-win deal for India. Rafale is a potent aircraft and will add to the capability of the IAF,” the minister added.
Advertisement

Experts say that Rafale coming fitted with and Scalp will shake up hugely and PLAAF (air warfare branch of China) to a fair extent.

“This 1:4 ratio will clearly give Indian an edge over its adversaries and the deal for 36 Rafale is equivalent to procuring 144 modern fighter jets,” an official said requesting anonymity.

Timelines is another major aspect of this deal. The deliveries of fighter jets will start in 36 months and completed in 18 months thereon.

Under the contract, the French manufacturer has to ensure that 75% of the fleet or 27 fighters are operationally available at any given time.
Advertisement

In a nutshell: Significance of Rafale Deal for India

Rafale is an exceptional twin-engine fighter and is capable of carrying out all combat missions including air defence, interception, ground support,in-depth strikes, reconnaissance, anti-ship strikes and nuclear deterrence.

It has everything to qualify as fifth generation aircraft minus the stealth.

Its radar and BVR capabilities are the best in the world (so experts call it a 4.5 generation)

Only the US has 5th Gen Fighters in F22 and F35.
Advertisement

Since air power is most sensitive to technology, the offence defence ratios change significantly with each technological jump
Experts say that Rafale coming fitted with Meteors will shake up Pakistan Air Force hugely and PLAAF to a fair extent.

Rafale was chosen after lot of indepth studies and testing by the IAF that included Swedish Grippen, American F16 and F18, Russian MiG35, Eurofighter Typhoon and French Rafale.
NewsletterSIMPLY PUT - where we join the dots to inform and inspire you. Sign up for a weekly brief collating many news items into one untangled thought delivered straight to your mailbox.
CAPTCHA: