But customers need not panic as the bank employees were told to accept ₹2,000 notes from individuals making a deposit. The email states, “This will be formally communicated soon.”

Sources at the bank — whose identity we confirmed, requested anonymity because they were not authorized to speak publicly — said that after the directive was issued, senior officials called branch managers to confirm that it was being executed in the morning.

They were told to ensure that only denominations of ₹500, ₹200 and ₹100 are loaded into ATMs. “The supply of ₹100 notes will be increased through currency chests for which a special drive is being undertaken,” said the email.

Advertisement
However, it was also communicated that the written instruction was a mistake and was not supposed to be communicated as such — although the instruction to “restrict” the circulation of ₹2,000 banknotes nationwide, still stands. No explanation was given to explain the exercise was being undertaken.

Business Insider has written to the RBI awaiting a response from the central bank.


across the board hold back ₹2,000 notes
We at Business Insider tried to withdraw money from multiple public sector banks across the nation. We presented a cheque to the State Bank of India in New Delhi, the cashier told us that he was unable to issue ₹10,000 in ₹2,000 denominations because they only had one note left. Officials tell us that’s an improbable situation for a city branch, which deals in high traffic on a daily basis, to lack stock of any denomination.

A Bank of Baroda ATM and a Canara Bank ATM in Mumbai only dispensed ₹500 notes while trying to withdraw ₹4,000 and ₹6,000 respectively. However, an Andhra Bank ATM did dispense ₹2,000 notes.

A flood of fake notes
The move comes less than a month after the National Criminal Records Bureau ( NCRB) data revealed that there was a flood of fake notes in the market after demonetisation. According to their data, 56% of all ₹2,000 notes seized from were fake.

Advertisement
Two days ago, 13 individuals were arrested in Hyderabad in a fake currency racket where denominations of ₹500 and ₹2,000 were being printed on scanner-cum-colour printing machines. A task force seized currency notes with the face value of ₹17.7 lakh.

The RBI isn’t printing anymore ₹2,000 notes
In reply to a Right to Information ( RTI) query, the RBI said that the printing of ₹2,000 currency notes has been stopped altogether in October 2019.

At the time, RBI did not issue a clarification for the measure but analysts said supply of high-denomination notes was being limited to keep people from hoarding them. They also pointed out that the optimal level of ₹2,000 notes has been reached — 31.2% in terms of value and 3% in terms of volume.

According to RBI data, there were 3,363 million notes in circulation at the end of March 2018. 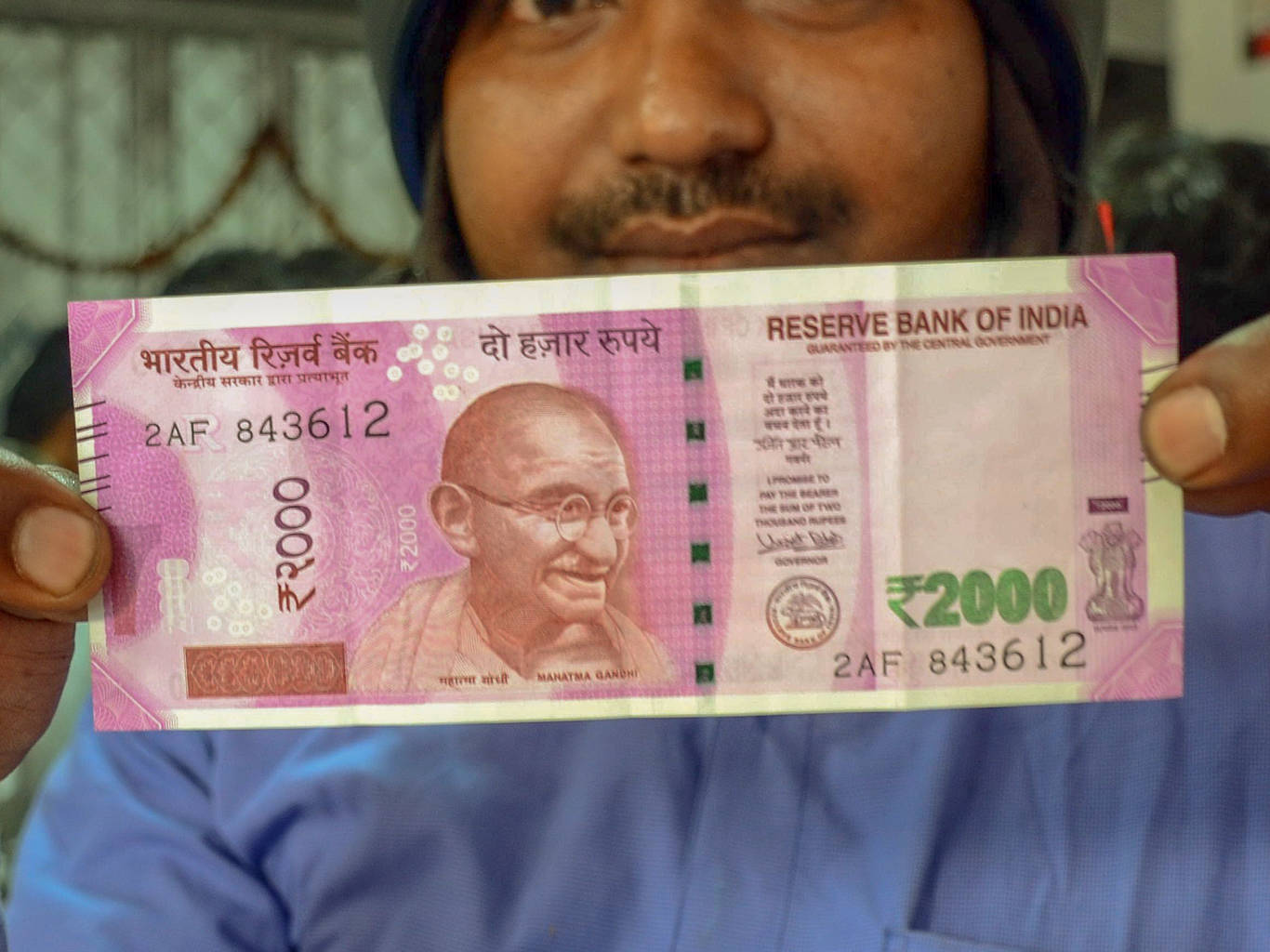