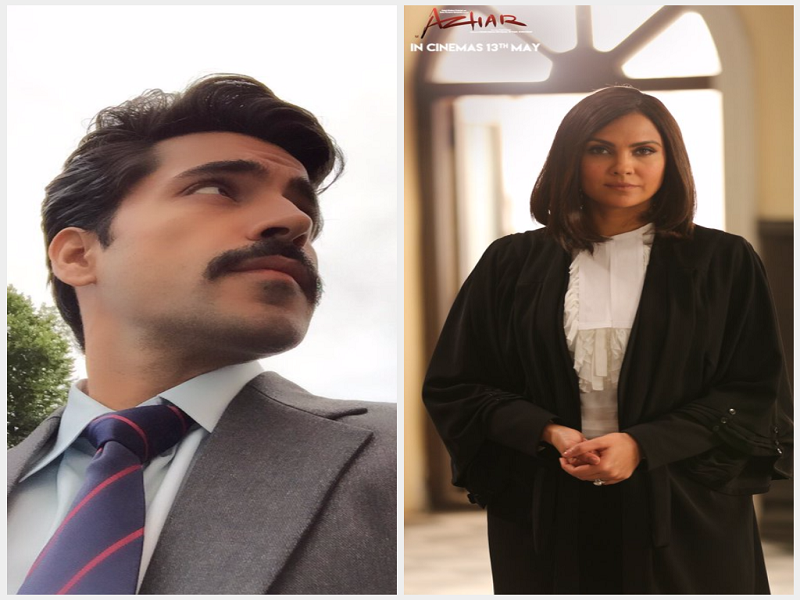 It was in May last year that the makers of Azhar, the biopic on cricketer Mohammad Azharuddin, had unveiled the teaser of the look, along with the first look of Emraan Hashmi playing the titular role.

Ever since then, barring a few updates here and a few appearances there, this movie has been pretty much unheard of, but now that the release date is nearing, the makers have decided to take on the promotions in full swing, and how.

Yesterday, the official Twitter handle of the movie unveiled the first look of two characters from the movie. While one was that of cricketer-turned-commentator Ravi Shastri, played by Bigg Boss fame Gautam Gulati, the other one is that of Meera, the lawyer fighting the case against Azhar, played by Lara Dutta.
Advertisement

Here is how the looks were unveiled.

We have to say that Gautam Gulati looks every bit like Ravi Shastri in his heydays, especially the moustache. As for Lara, who looks tough and determined as Meera,


Here's @LaraDutta in her no-nonsense lawyer avatar in #Azhar!
Read more about it here: https://t.co/tVNeivlbw1 pic.twitter.com/jo0OqOvHm8

Lara Dutta is reported to have lived this character even off-screen, talking as a lawyer even as the camera wasn’t rolling. For the preparation of this role, Lara studied the whole case history and took help from one of her lawyer friends to observe the way lawyers speak.
Advertisement

The movie is highly awaited, one because we haven’t seen Hashmi on the screen in the longest time, and two, because it would tell us the story of what went wrong with the star cricketer who was banned from playing the sport he loved and lived.