Once a dishwasher, this primary school dropout is now a Padma Shri awardee 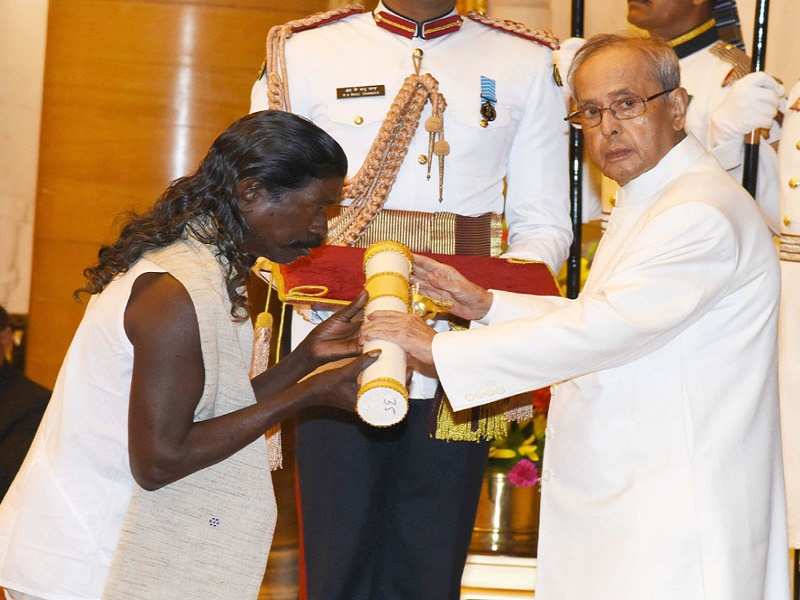 Amongst the who’s who of the Indian society that received the Padma Awards from the honourable Indian president on Monday, there was a man who had barely attended school, but was the subject of five PhDs. This writer and poet from western Odisha, who received the award from the hands of the President, is , a 66-year-old poet of Kosli language.

Nag remembers all the poems and 20 epics that he has penned in this language, which would soon be compiled by Sambalpur University, and be a part of its syllabus.

"He remembers whatever he writes and has been reciting them. You just need to mention the name or subject. He never misses anything. Now he attends at least three to four programmes every day to recite his poems," said a close associate of the poet. Nag told TOI, "It's great to see the huge interest of young people in poems in Kosli. Everyone is a poet, but only a few have the art of giving them shape."

Always seen in a white dhoti and a vest, Nag has never worn footwear in his life as far as he remembers. Born in a poor family of Ghens in the Bargarh district of Odisha in 1950, he only went to school till the third standard, after which he had to drop out owing to his father’s death.

Advertisement
After that, he worked as a dishwasher at a local sweet shop and later a cook, before setting up a small shop of stationeries and eatables for school students. It was then that he wrote his first poem 'Dhodo Bargachh' (The Old Banyan Tree) in 1990, which found its place in a local magazine.

"I was felicitated and that encouraged me to write more. I started touring nearby villages to recite my poems and got huge response," he said.
He is now known as Lok Kabi Ratna in Odisha, and draws his themes from the rustic surroundings of Odisha, writing mostly on nature, society, mythology and religion.