How Companies bounce back 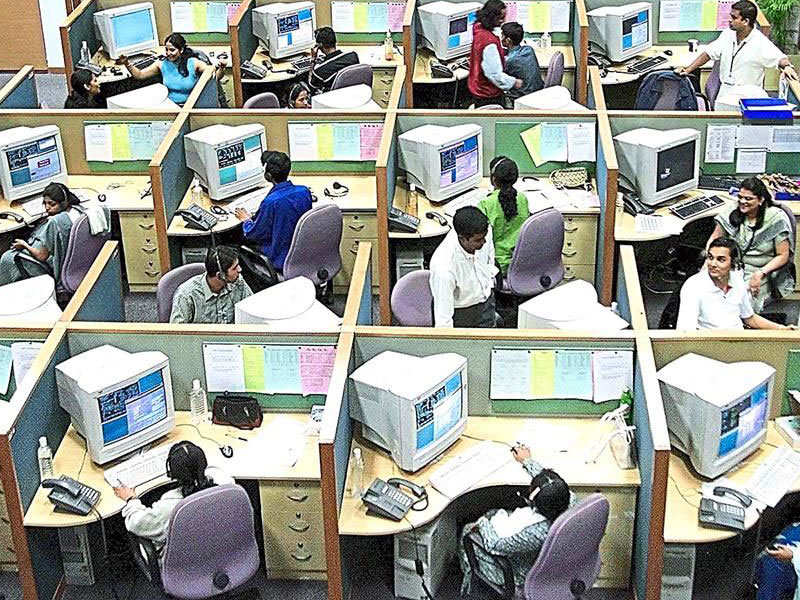 If you have been reading recent media coverage on many of India&rsquo;s prominent early-stage (or is &ldquo;Technology&rdquo; a more appropriate term?) , you might have noticed that things look just a tiny bit grim for most of them.

Things are so bad that protectionism and lobbying to the government have become important, seemingly overnight (Does this count as going from &lsquo;Zero to One&rsquo; ?)

Many of the media requests I have been getting recently seem to be along the lines of :
Advertisement &ldquo;Is there any exit in store for investors in these companies ?&rdquo;

&ldquo;Will these companies ever be profitable ?&rdquo;

&ldquo;Will they manage to IPO or get acquired at their current valuations ?&rdquo;

Advertisement
The cynicism towards many of these startups and the fate that awaits them is understandable.

However, ups and downs are part of every company&rsquo;s journey and some of the greatest companies in history have recovered from catastrophic losses in shareholder value.

Staying true to #vclogic, I hope that these two examples offer a template that can inspire a truly remarkable turnaround story. (Spoiler alert : Neither of them is Apple)
Advertisement

McDonald&rsquo;s
I know what you are thinking. Advertisement
The world&rsquo;s most beloved red & yellow brand, in trouble ? Impossible !

For the most part, McDonald&rsquo;s has been a dream stock to hold. Had you purchased 100 shares at the time of the IPO in 1965, the $2,250 would have been worth $8.8 Million by the end of 2015 (Not accounting for reinvestment of dividends). 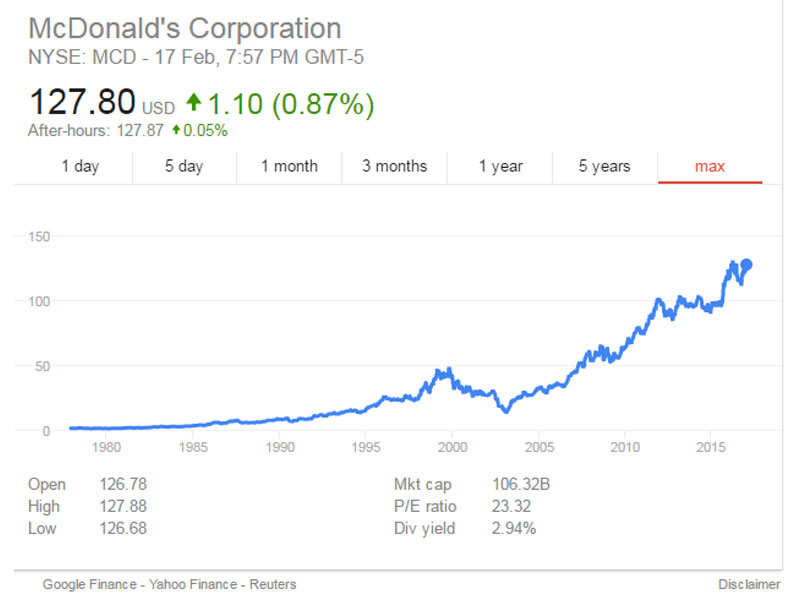 Advertisement
But for the three year period from 2000 to 2003, McDonald&rsquo;s saw dramatic erosion in shareholder value.

The company reported its first ever loss-making year and the stock tanked from about $48 at the end of 1999 to less than $13 in late 2003 (For start-up enthusiasts who talk of devaluations in terms of percentages, thats a nearly 75% reduction in market cap)

As the stock price history history shows though, McDonald&rsquo;s bounced back (Of course it did!). How did it pull this off ? Advertisement
With a revamp of many of its restaurants to encourage patrons of &ldquo;slow food&rdquo;, with a &lsquo;healthier&rsquo; set of menu offerings that included salads and fruits, and through its McCafe line of beverages that helped it stay relevant in the contest with coffee chains.

In fact, take a look at this McDonald&rsquo;s in New York. Does it remind you of another iconic food chain ? 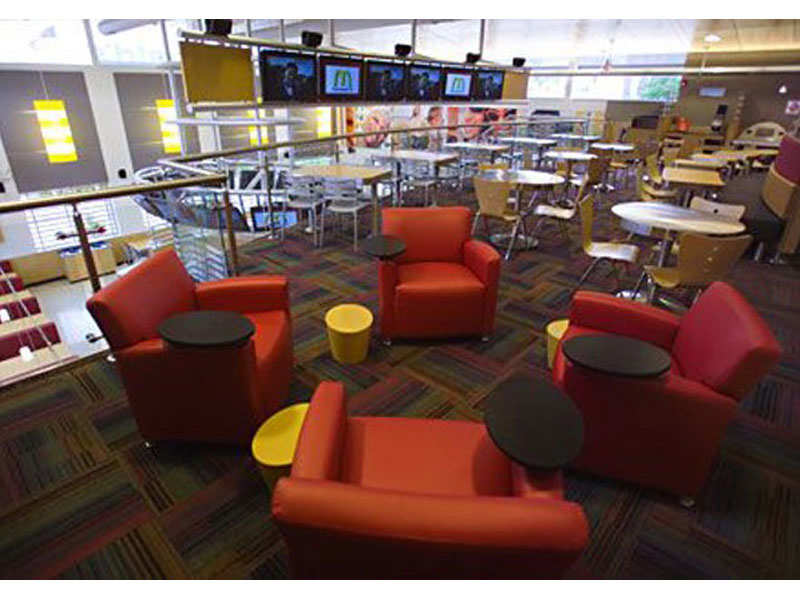 Advertisement You know how many companies today are complaining about the recent drought in and how it is a bad season for ?

Well, the present times ain&rsquo;t nothing compared to the 2008 financial meltdown, a time when Starbucks went through some serious challenges to its existence. 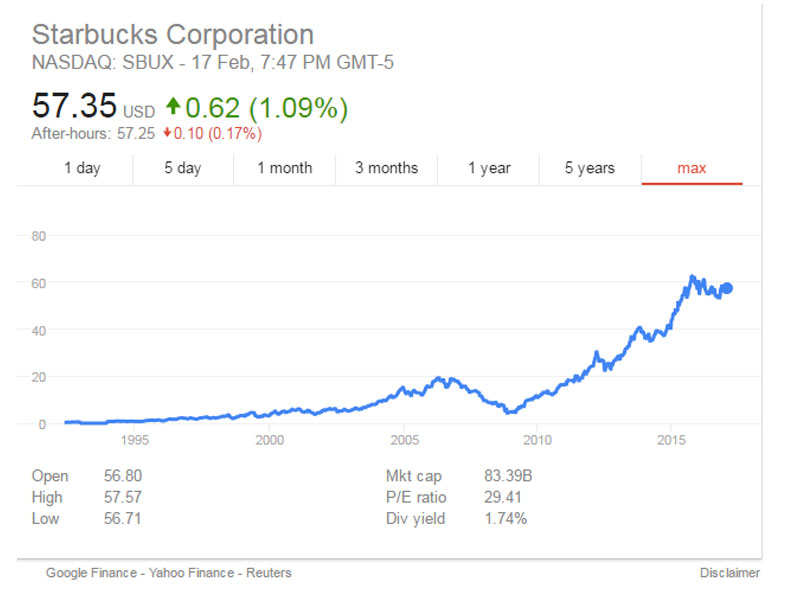 In fact, McDonald&rsquo;s advertising campaign that marked its own turnaround mocked Starbucks as &ldquo;Fourbucks&rdquo; (Oh the irony !)and many felt that Starbucks&rsquo; expensive coffee was history.
Advertisement 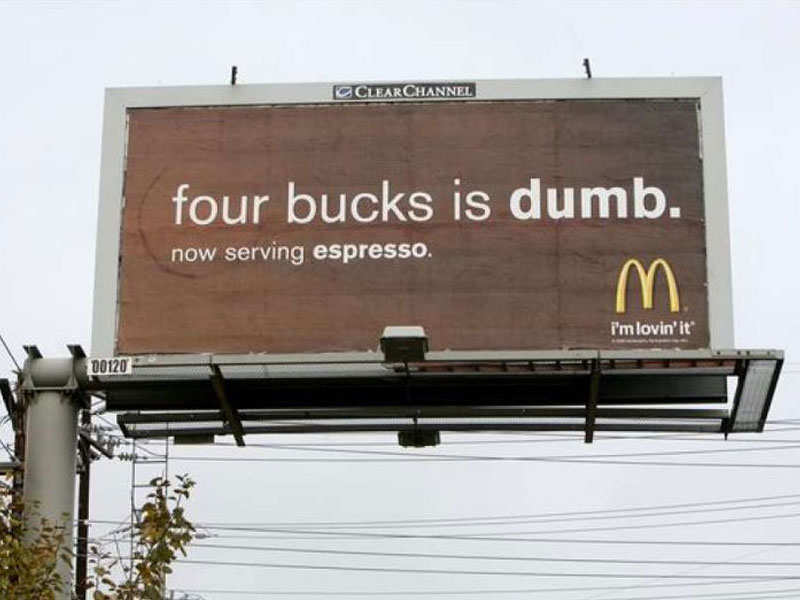 Much like a very recent incident, Howard Schultz (Founder of Starbucks), who had returned as the CEO of the company, shot off a letter to the employees (or as he refers to them, &ldquo;Partners&rdquo;).
Advertisement While the letter proposes several cost-cutting measures, it also suggested retaining the generous healthcare benefits it has been famous for, even though reducing them would have led to massive savings.

While the typical turnaround strategy for a retail business would have been to &ldquo;redo the store layout&rdquo;, Schultz realized that Starbucks&rsquo; core was happy employees creating a delightful coffee experience for its customers.

Every store in the chain was closed for half a day so that staff could be retrained in the basics: making coffee well and serving it with zest. Cleanliness and efficiency were brought back to the forefront. The central processes in the stores, how coffee was made and served, were reviewed with great rigour, reducing wastage and saving $500 million in annual costs.
Advertisement Oh, and Starbucks also spent $30 Million on a week long pep rally for 10,000 store managers which included being entertained by U2&rsquo;s Bono.

Who would have thought such a strategy could save a company ?