India Geared Up For Supercars, More Than Ever? 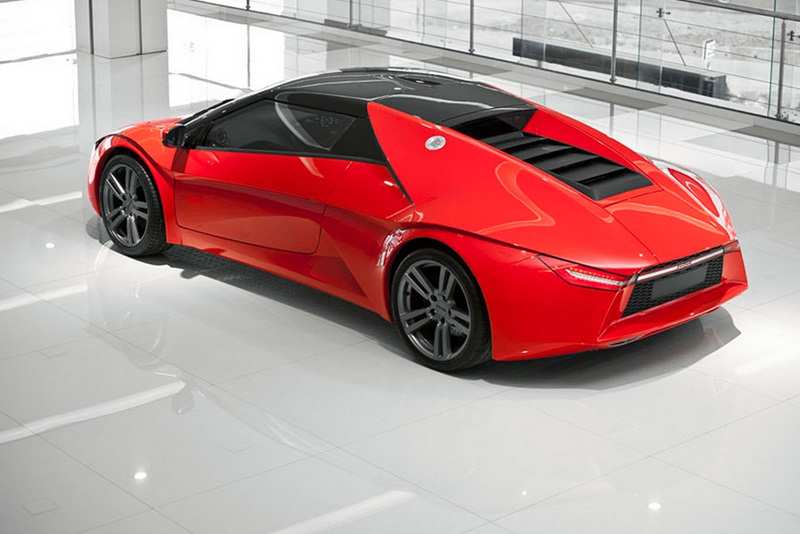 Indian market seems to be all ready to witness some heated action in the supercar space in the coming times. On one hand is all set to launch its most affordable model, which is already a huge success in international markets - the Lamborghini Huracan . On the other hand, we have India's very first local supercar brand DC Avanti to be launched by Diwali at an affordable expected cost of Rs 30 lakh , bringing supercars to the garage of an entirely new set of consumers. Does this mean that Indian consumers are more than ever ready for supercars ?

Tapping the suave, young and rich

While the slowdown of economy and increasing import costs have put a dent in the overall sales of super-luxury cars in the last couple of years, the makers of these mean machine seem quite upbeat about the segment banking on the young and super-rich India’s increasing suave taste. The super-luxury car sales in the country were on roll till the financial year 2012. In fact, the sales doubled that year to about 1000 units, which was huge. Unfortunately, the numbers fell in the subsequent years due to high import duties levied on these cars. Yet, that is not discouraging the supercar makers in the country. If at all, it is inspiring them.

Advertisement
No wonder that Lamborghini is all set to launch its one of the most affordable model the Huracan in India by next month. And India’s ace designer has gone a step further on turning this as a great opportunity by announcing the launch of India’s very own first supercar DC Avanti.

There is an emerging group of young and successful entrepreneurs in the country, who take back home a fat paycheck. The young generation of super-rich entrepreneurs aspire differently from their dads and granddads. They travel around the world and are aware of the latest trends. They love to make a statement about it and the best way to do that is by owning a supercar.

Lamborghini bringing its most affordable model

Advertisement
Lamborghini is known to be one of the most coveted boy toy and it is all set to bring in the Huracan, which is already a huge success in the international markets. The model sold over 700 orders in less than a month’s time of its launch. Within just a few months of its launch, this most affordable model from the Lamborghini’s stable has already surpassed the brand’s biggest seller - the Gallardo.

Expected to be launched in September in India, the car is already showcased in one of the Mumbai dealership. Estimated to be priced at Rs 3.43 crore (ex-showroom), the Huracan is suppose to create waves for Lamborghini in the country and it seems that is already happening. As the dealers confirmed that a few customers confirmed their orders even without seeing the car, relying on its huge success in global markets and the Lamborghini brand name. Now that’s called brand power!

Advertisement
While aspirations are climbing high for supercars, the price does become a big deterrent as shelling a few crores is not that easy for everyone. That’s the opportunity that the Dilip Chabaria is looking to tap into. Chabaria’s design company is a frontrunner in the design field and has provided its services to big brands like Aston Martin.

DC Design has invested Rs 100 crore in developing India’s first supercar and setting up its production facility. The company will be sourcing its engine and transmission from a global car manufacturer. The experts are saying that this very first supercar of India is expected to be no less than any big name in this space, in terms of its looks and performance but at a one tenth cost of Rs 30 lakh. Now that makes this quite a steal deal, considering that most of the supercars available in the country have a starting range of Rs 1.5 crore to Rs 3 crore. This means that a young and aspirational executive, who would have bought an or a X1, can actually buy a supercar!

While that seems quite alluring, one may wonder if there will be enough takers for an Indian made supercar. The fact is that Indian consumers are more than ever excited about it. News reports are ripe that despite slated to be launched at Diwali (a few months away from now), this supercar has already sold its first year capacity production of 2000 units.

Advertisement
There are other big names too expected to join the supercar market of India soon, and Fiat’s coveted is one name among those. Industry reports suggest that buoyed by the increasing interest of Indian consumers in super cars, the is soon going to launch its sports car brand Maserati in the country. Certainly it seems that Indians are gearing for a supercar bonanza!
(Image: DC Design Flickr Page)
NewsletterSIMPLY PUT - where we join the dots to inform and inspire you. Sign up for a weekly brief collating many news items into one untangled thought delivered straight to your mailbox.
CAPTCHA: