Is direct carrier billing the ‘elixir’ that Digital merchants need? 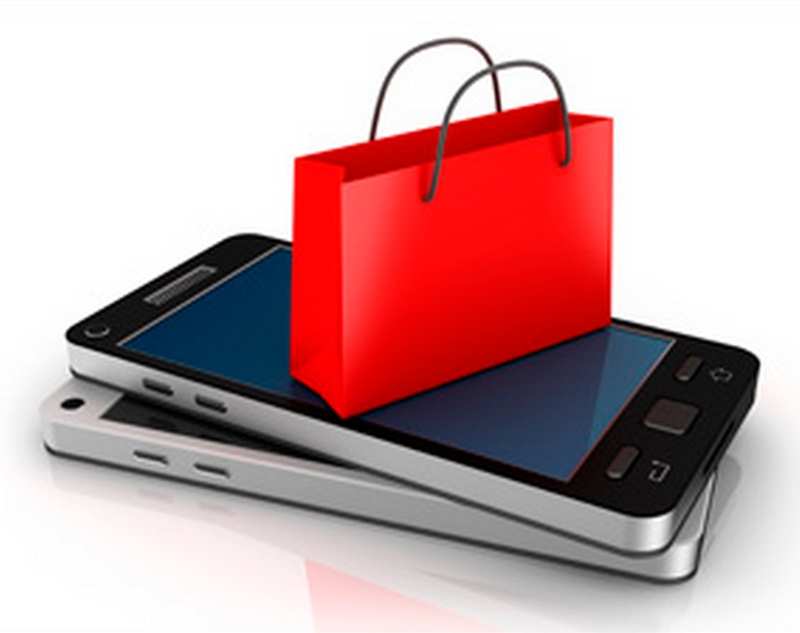 Narrowing price gaps between feature phones and smartphones, and the launch of low-end, cost competitive devices led to the fast pace of smartphone adoption by consumers. The adoption rate has buoyed to the extent of increasing smartphone sales in the country three-fold to over 44 million in 2013. This resulted in the emergence of app stores as the most sought-after channel for digital merchants replacing Mobile Network Operator (MNOs) portals, which were the primary source of revenue for most merchants.

With the introduction of app stores primarily on smartphones, the discovery of content moved swiftly from MNO’s on-deck portal to App stores market place.

Though most app stores are able to drive significant downloads, but true still eludes the ‘long tail’ developers unless these developers can spend significantly on mobile advertising to acquire customers.

In the retrospective, historic data of direct carrier billing also highlights the fact that ‘higher price points’ equals ‘increase in average transaction value’. Owing to which, today carrier billing powers $3 billion in mobile transactions, or 12% of the global market for mobile digital content, estimated to reach $13 billion or the 22 % by 2017.

This poses an opportunity for the growing mobile developer ecosystem grabbing the largest pie to find a sustainable solution for monetizing digital goods via Direct Carrier Billing. Statistics coaxes developers to adopt the technology.

1.93% of adults in emerging markets have no credit cards, says the .

2.The conversion rates of Direct Carrier Billing is 8 times higher in emerging markets and more than 3X in established markets than Credit Card transactions (Microsoft.com) as any mobile phone owner can buy something with "one click" using direct carrier billing, whereas payment with a credit card or mobile wallet requires registration and entry of forms (i.e. credit/debit card number).
Advertisement

3.Canalys expects a 15% annual growth rate () for all smartphone shipments in emerging markets from 2014 through 2017, which is 2.2 times that of developed markets. 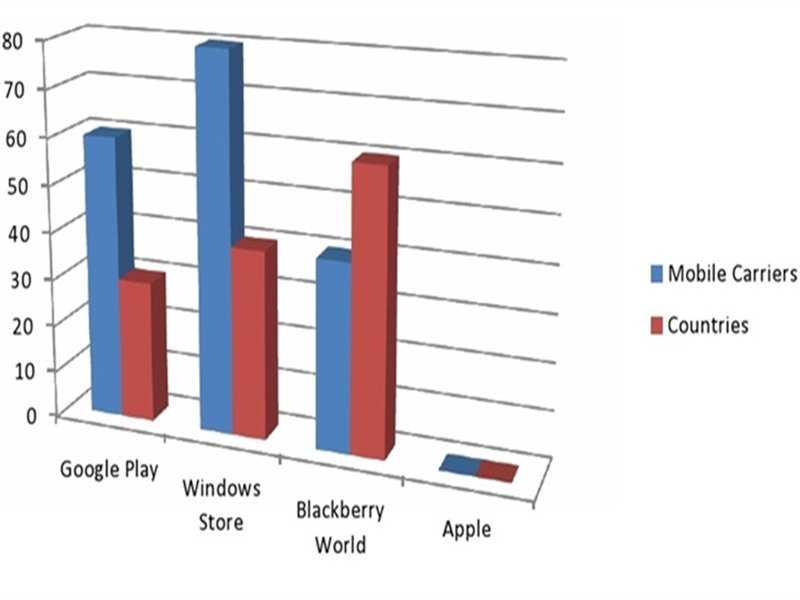 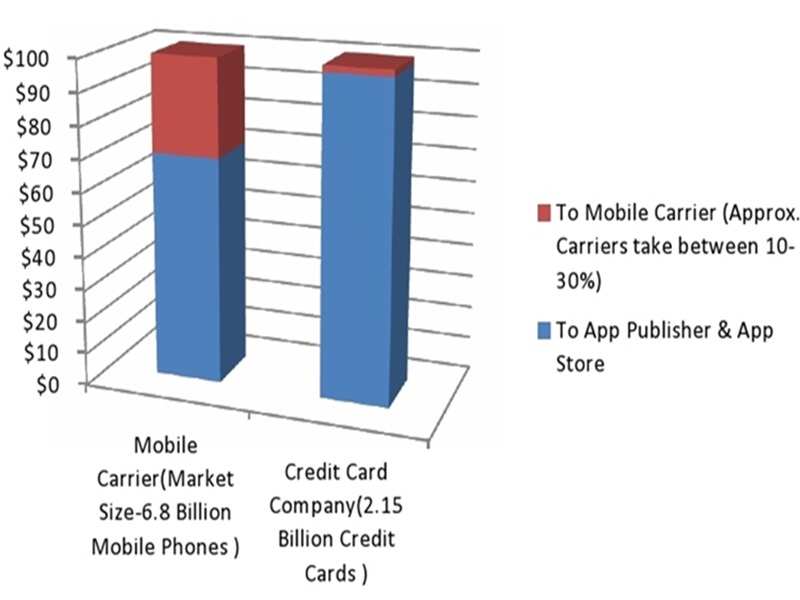 Advertisement
Furthermore, a Mobile Network Operator can help the merchant or the App Store better understand a customer and expanding customer base. Analyzing customer mindset, it is safe to predict that every user is unique and wants his individual & personalized services.

Since, mobile phone channel offers a simple channel to reach a large number of unbanked customers. It provides an excellent option to include younger customers who do not have access to credit cards.
A symbiotic relation exists between MNOs and digital merchants

By partnering with Mobile Network Operators, digital merchants or App Stores can leverage the following benefits:

Direct carrier will boost billing reach to both prepaid and post-paid consumers. It will also avail sale of premium content and subscriptions directly from within the app, browsers (WAP, , , and etc). MNO takes care of the authentication and charging.
Advertisement

This will enable usage of mobile network-based geographical position of the device in a variety of contexts, such as health, indoor object search, entertainment, work, personal life, etc. This has numerous used cases like finding a friend or employee, discovering nearest ATM, restaurant, tracking a parcel and vehicle services, issuing of coupons, engaging customers through proximity-based advertising (Geo-fencing).

The advantage is network-based location API is far more accurate than GPS, consumes less battery, no app to download &install.

API service will let merchant take out information such as the make, model, of device; hence, appropriate content can be showcased.
Advertisement

From the above it’s absolutely clear that with a symbiotic relationship both merchant & MNOs can benefit as it allows the merchant to personalize content based on analysis of ongoing individual consumer behavior patterns, and thus, reducing the churn opportunities. This will also help merchants who rely largely on mobile advertising to acquire customers to migrate from “spray & pray” model to “Engagement” strategy, to be able to deliver advertising which is targeted and relevant to the end user.

(About the author: This article is written by Krishna Tammireddy, CSO of JUnoTele, who has over 15 years of experience in Mobile VAS services.)

Image: Thinkstock)
NewsletterSIMPLY PUT - where we join the dots to inform and inspire you. Sign up for a weekly brief collating many news items into one untangled thought delivered straight to your mailbox.
CAPTCHA: