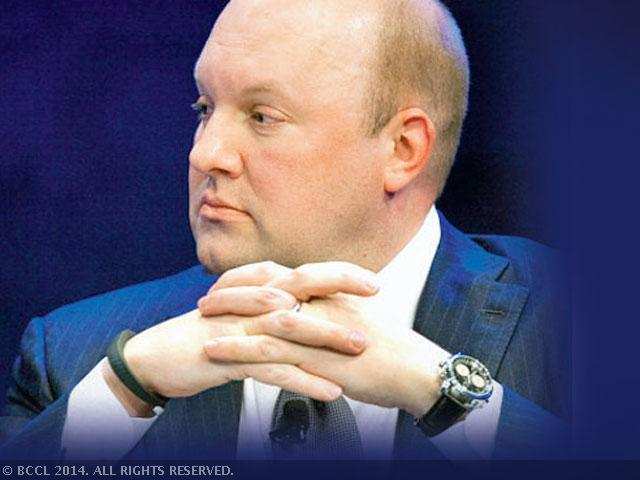 Advertisement
When TRAI ruled in favour of Net Neutrality and shot down ’s on February 8, India didn’t fail us for the first time.

Granted, our country and the leaders who rule it can show immense traces of patriarchy, be in favour of gender inequality, be swayed by crony capitalism and act utterly homophobic. They might refuse to vote in favour of decriminalizing sexuality, blame rapes on what a girl eats or wears and be ready to kill a man over what he consumes, but with that ruling, for the first time it showed some spine.

To be fair, Mark Zuckerberg played hard too. There were ads, heartfelt Facebook status messages and he even went as far as getting the people in our friend list to send a petition to in favour of Free Basics.

But, in the end, triumphed.

India’s decision to effectively ban Free Basics was undoubtedly a major blow to the social network’s plan and in light of the country’s new rules preventing Internet service providers from having different policies for accessing different parts of the web, Facebook would have to reconsider it’s approach.
Advertisement

So, we understand if Mark Zuckerberg or his board of directors are severely unhappy and disappointed. They have all the right to be.
But, under no circumstances do they have the right to ridicule the very country they were just singing praises of.

If you haven’t heard it already, Facebook’s Board of Director and a Silicon Valley stalwart, Marc Andreessen struck a nerve today when he took to Twitter to show his disappointment at India ruling against Free Basics.

His tweet said the following statement. “Anti-colonialism has been economically catastrophic for Indian people for decades. Why stop now?”

Advertisement
In just one tweet, Andreessen managed to offend a country of one billion by asking us to be okay with and even embracing Facebook and allowing it to do so. (Where can we send Thank you cards? Do let us know)

He then went on to delete the tweet, but sadly the damage has already been done.

Agreed, we're a country that is easily offended, but to anger every single person in this country in just under 140 characters takes talent.

Naturally, people on Twitter jumped to point out Andreessen’s lack of sensitivity and actually made some very brilliant arguments. 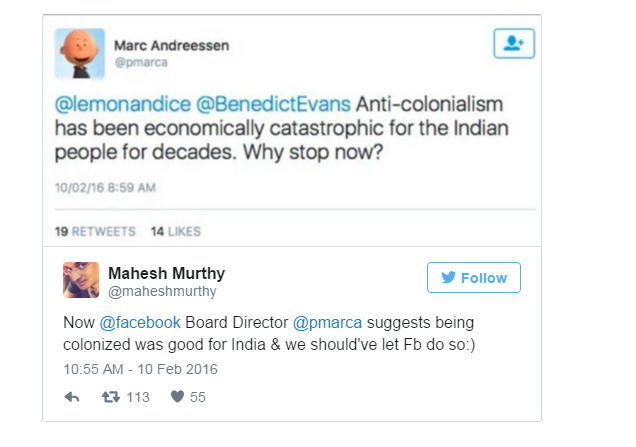 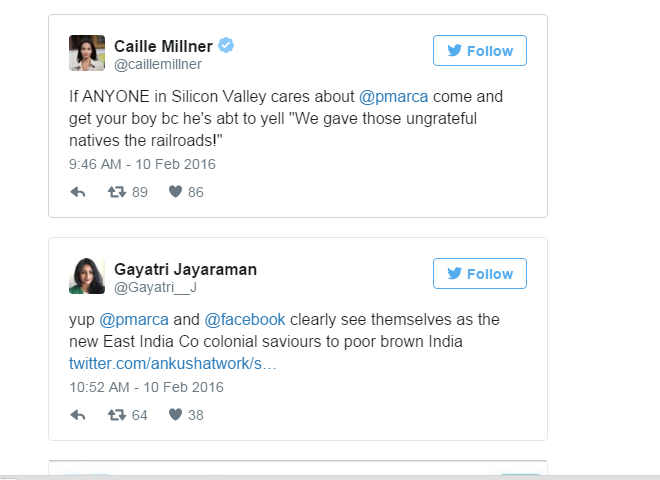 
It’s funny how the very company that has been reaping benefits off democracies and were busy sweet-talking about how India is developing at such a quick rate and harping on its potential for business suddenly can’t wait to brainwash the people of the largest democracy that colonialism is the way forward just after we made use of our democratic powers to rule against Facebook.

Forgive me for being childish, but even our politicians, as uneducated as they may be, have better sportsman spirit than you Mr Andreessen.

It’s good to note about how it takes just one ruling against you to get your double standards to claw out. We’re so indebted that you still think India is still a third-world country even after our country has achieved more than its potential and given the world engineers who take companies you like investing in- to the top. But still claim that you're surprised you are at India's rapid development, just for your own gains.

And, if I was being really frank, I actually would like to thank you for saying what you did and uniting a country of one billion people to fight for their country’s reputation and what they regard is correct. (And, we only thought cricket could do that to us)

Advertisement
So, in hindsight. thank you Mr Andreessen for proving to us how our decision to strike down Free Basics was indeed a correct one. Thank you for showing us that you’re no better than our slightly uneducated politicians we keep cursing day in and night for making statements without thinking but most importantly thank you for opening our eyes to ýour hypocrisy and how your kind continues perceiving India as a ‘third-world country.’

We can’t wait to disappoint you more, Mr Marc Andreessen. Pass on the message to Mark Zuckerberg too, if you could?