Modi tells super rich Sheikhs of UAE to invest in India like never before! 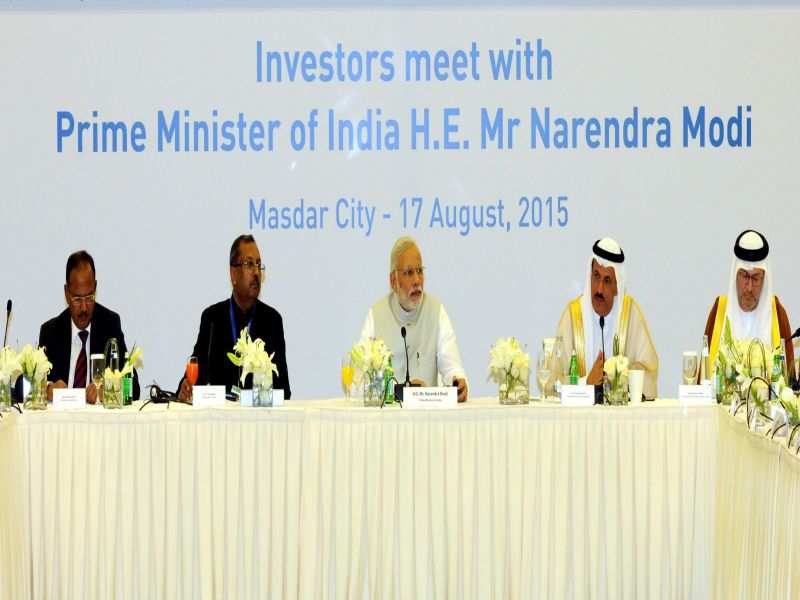 Prime Minister Narendra Modi, who is on a two-day UAE visit, today invited business leaders in the UAE to invest in India, saying India has an immediate investment opportunity of $1 trillion.

Modi, who is the first PM to visit the UAE in last 34 years, said his government will address all concerns of the business leaders and eliminate the deficit of 34 years.

The prime minister said that he was well aware of the fact that $1 trillion was a big number and added such investments can very well come to India as it has now got a decisive and stable government.

Advertisement
While addressing business leaders from the UAE at Masdar City, Modi took a dig at the previous Congress-led government, saying his government has some problems in legacy and his immediate priority would be to kickstart the things which were stalled by the "indecisiveness and lethargy" of the past governments.

"I have got some problems in legacy. I cannot take only the good points and leave aside the problems... Some things were stalled due to the indecisiveness and lethargy of the governments (in the last)... It is my priority to kickstart those things," Modi said.

Modi made a huge pitch to business leaders and said India has huge investment opportunities for investors from the UAE in sectors like infrastructure, energy and real estate and urged them to come to invest in India and together make the 21st century ' Asia's Century'.

Advertisement
"On one hand India is growing fast and on the other hand, the world is looking at Asia. But is Asia complete without UAE? I can clearly see that the UAE should be at the centre of mainstream of things in Asia. UAE's power and India's potential can make it Asia's century," he said in the planned city of Abu Dhabi.

Modi said there are 700 flights between India and UAE, but it took 34 years for an Indian Prime Minister to visit.

"I promise this will not happen again," he said.

Advertisement
During their meeting, investors told Modi that they needed steps like single window clearance and cited cumbersome and complex processes for doing business in India. To this, Modi assured that these problems will be resolved.

To this, the prime minister assured them of solving those problems.

"I will send my Commerce Minister to try and find solutions to the problems faced by some UAE investors," said Modi.

Advertisement
Reportedly, the issue assumes significance as a number of investors, including some from the Middle-East region, have in the past faced problems due to taxation and policy related issues.

"I feel India is a land of many opportunities... 125 crore people of India are not a market but they are a source of great strength. In the agriculture sector we need cold storage network and warehousing network where UAE businesses have another advantage. Infrastructure development and real estate offer tremendous opportunities for UAE businesses in India. UAE's power and India's potential can make the dream of an Asian Century a reality,” said Modi.

Heads of companies like Etisalat, Etihad Airways, Emirates, DP World, Commercial Bank of Dubai and Emaar Group were also present during the meeting.

Advertisement
Earlier in the day, Modi was accompanied on an hour-long visit of , by senior City officials, who briefed him on various aspects of the project. 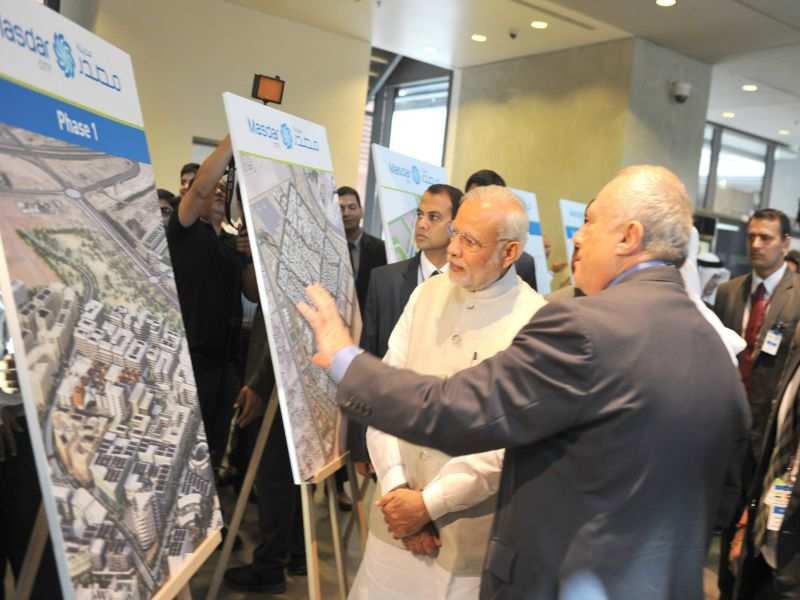 Modi also travelled briefly on the PRT (Personnel Rapid Transit) car - a driver-less vehicle which runs from point to point on magnetic strips.

Advertisement
During his tour, Modi was greeted by residents and professionals in the Masdar City, which include a large number of members from the Indian community.

He also singed a digital visitor’s book in which he wrote "Vigyan Jeevan Hai". 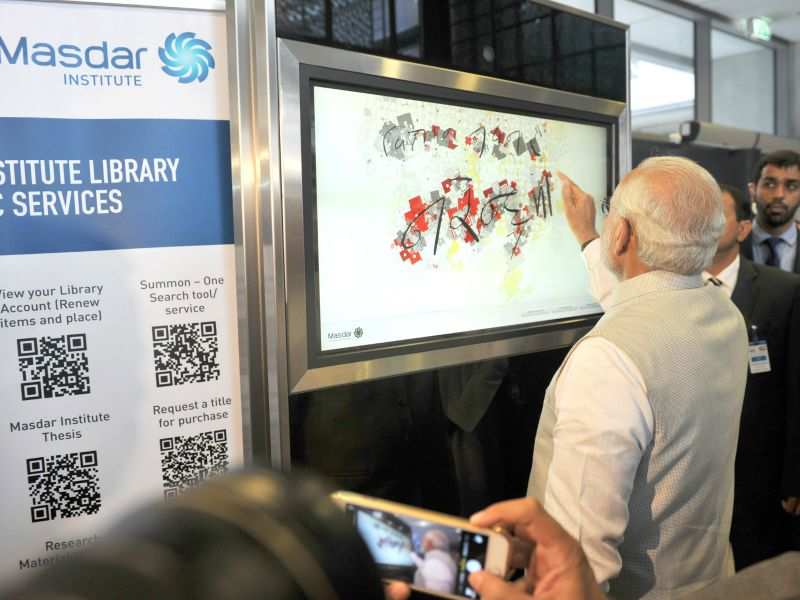