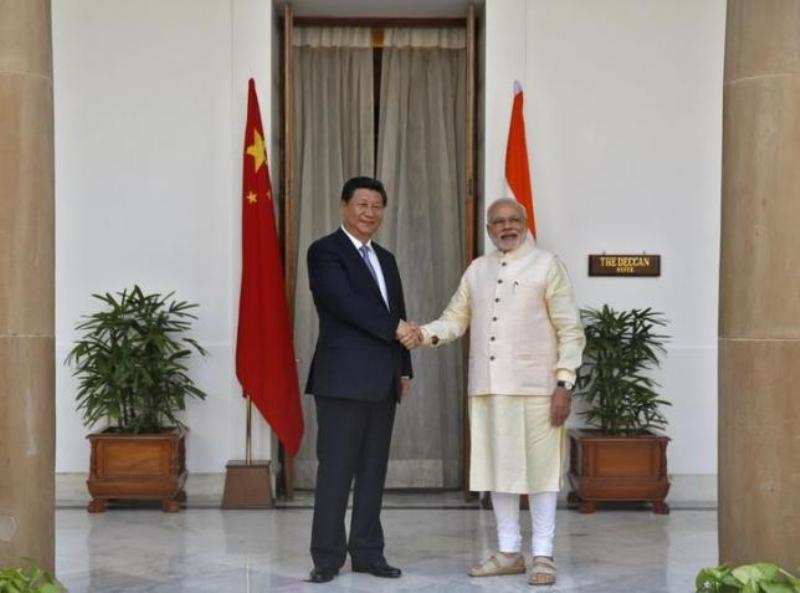 Narendra Modi’s visit to China has been an ambitious and a fruitful one till now. While back to back talks and discussions have made people inquisitive in both the countries, most Chinese dailies have put Modi’s outing in their country on top priority.

Today seems to be more eventful than yesterday. After his grand reception at the Great Hall of People in the capital city of , Chinese Li Keqiang settled for formal talks with Modi. The topics of discussion included the controversial border issue as well as Chinese in India.

This is the second round of bi-lateral talks Modi is holding with the Chinese leadership during his on-going three-day China trip.
Advertisement

Yesterday, he talked over five hours with Chinese President during which all the contentious issues including the border issue were discussed. Today's talks were the extension of yesterday's Modi-Xi talks.

As per a news report in The Economic Times, Modi is eyeing deals worth $23.5 billion to be signed as collaboration with Chinese companies. These include a $2.5-billion financing for Bharti Airtel from Chinese lenders, a $3.5-billion venture by the Adani Group as well as big-ticket investments by , GMR and Welspun. With the exception of Bharti, the other companies are likely to sign joint venture agreements with Chinese partners.

In a joint statement with China's Premier Li Keqiang, Modi said, "We are pleased with the progress on the commitments from the Summit last September. This includes cooperation in the Railways, where we have identified specific projects, and the two Chinese industrial parks in Gujarat and Maharashtra."
Advertisement

According to a news report in The Economic Times, China's Premier said that China and India need to strengthen mutual political trust so that together they can build a fairer and more reasonable international order.

India and China have signed twenty-four key agreements in a wide range of sectors. PM Modi is on a three-day visit to China as the two world's two largest countries by population work to boost economic ties.

The official handle of the has shared on Twitter the key agreements signed between India and China. Here’s the list: https://twitter.com/MEAIndia/status/599062608075890688/photo/1
Advertisement

Modi arrived in Beijing last night from Xi’an. After rounds of meetings, Modi would address the students of and attend a demonstration of Yoga-Tai Chi, a Chinese variant of the martial art.

Modi’s bucket list for the last day tomorrow includes meeting a number of CEOs of top Chinese companies and open the first Gandhian studies centre at and address Indian community in after which he will leave for .