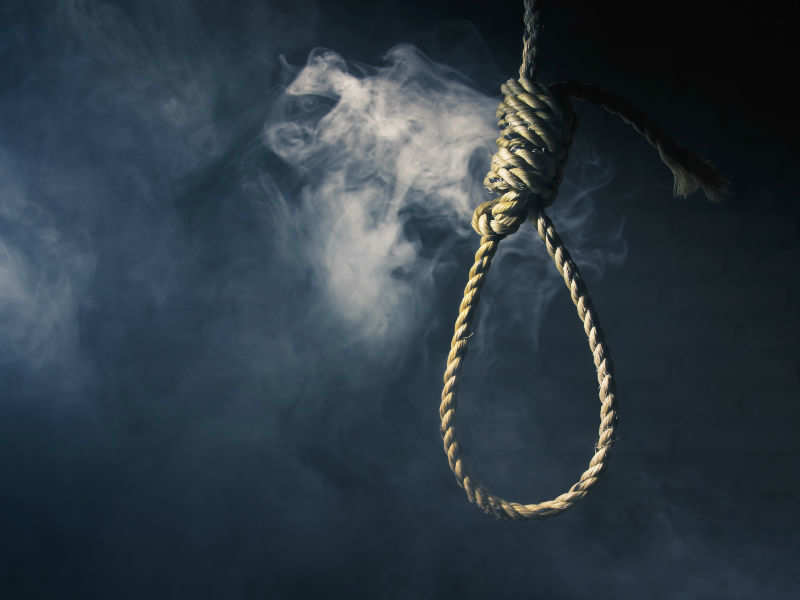 When the gruesome attack on was carried out by the terrorists, the world condemned it in no uncertain terms. It was at its worst, and message had now come home for to tame the tiger, or be eaten by it.

After the decent grieving period was over, Pakistan did something that could be termed a knee-jerk reaction. It lifted the death moratorium that stopped the authorities from hanging those people who were on death rows. But, the Peshawar incident and the international criticism that followed pushed Pakistan to the brink. As a result, the worse happened.

Ever since the moratorium was lifted in the recent days, Pakistan went on a hanging spree. People who were in jails across the nation were more or less massacred. Only, the act now was sanctioned by the government and international outcry would mean speaking against terrorism. Strange, isn’t it?

Get this. On a single day, Pakistan executed 12 people across its jails, which happens to be the largest number of hangings in the recent times. Undeterred and always being in the eye of criticism, Pakistan has continued its hanging spree despite outcry against this reaction the nation has followed, rather much without discretion.

What shocked the world probably is the news of Shafqat Hussain, a supposed ‘juvenile’ who was to come under the noose one of these days. He was a 14 year old boy when he was arrested for a crime involving kidnapping of a child from the apartment where he was working. The child was later found dead and Shafqat was being convicted for this. He has been jailed since 2004 and his family claimed Shafqat never committed the crime, but was forced to concede owing to the pressure exerted by the authorities. And also, he was a juvenile at the time of arrest and hence, he shouldn’t have been handed over death penalty. The case entered the international arena, and pressure increased on the authorities to give a statement regarding his age. As expected, the authorities have said Shafqat was all of 23 years of age when he was convicted and he is awaiting his death sentence, which could just be a matter of days before his life comes to an end.

Thanks to the international pressure and activism of anti-death penalty protestors, Shafqat’s death penalty has been put on hold. This is sure a good news because Pakistan didn’t seem to have heard the word ‘stop’ ever since it began executing people who were arrested and handed over death penalty for various crimes. Does this mean there were also terrorists among those who were executed? This is a million dollar question that the authorities have to answer because the truth, according to activists, seems to be otherwise.

Few days ago, a firm oppose of death penalty, United Nations told Pakistan to reinstate the moratorium that existed on execution of prisoners convicted for various offences. Expressing deep concern at the way things have been turning out since December 2014, United Nations said among the people who were being executed for various crimes, also included underage juveniles.

According to the existing estimates, about 8,000 people are awaiting death for various crimes they have committed or conceded to, before the courts of law.
The UN has always been of the belief that the death penalty presents no scientific proof that a society will grow towards being crimeless if convicted criminals were hanged. This is no basis for handing out or carrying out death penalties, the agency has said.

With this, Pakistan will have to re-examine its stand on curbing terrorism by way of speeding up executions. While the world would highly appreciate any counter terrorism mechanisms Pakistan would want to put in place, simply hanging all those awaiting death sentences would not mean much except for increase the sufferings of families and a nation at a larger level.

Because, the moratorium that was lifted, didn’t actually bring the to book, but to those who were involved in crimes that may/not include terrorism per se. This would mean that the reaction that Pakistan showed, was not really in curbing terrorism, but more in terms of grabbing the international attention with a decision that was a complete misfit in the given scenario.

Ever since this step, criticism has continued both at national and international level. Pakistan PM is in a tricky situation from where any decision that he takes in this regard would mean messing up big time.

Shafqat was lucky enough to find a place in the social media, which took on a massive campaign and his young life was saved for the time being. But, all those young ones who make for the 8,000 awaiting a noose around their neck, will they be lucky enough? It’s imperative that steps to counter terrorism don’t involve loss of innocent lives.
Image: thinkstock