Pitching in to eradicate poverty: An incredible initiative to alleviate global poverty 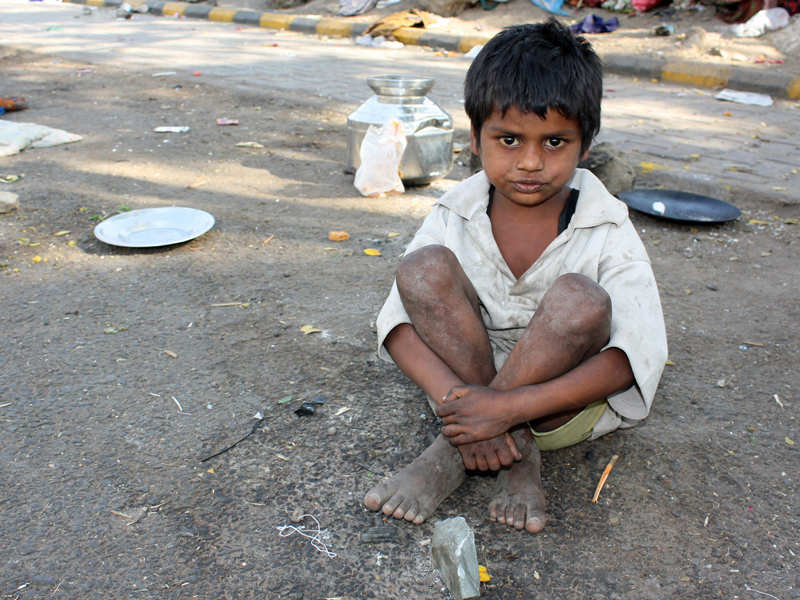 It is one of the foremost news grabbing headlines and creating mayhem on the global platform. It all began in the year 1990 and has, since then put forth consistent, sustainable efforts to deal with one of the most obnoxious social issues that is plaguing the world. 17 th October, International Day for Eradicating Poverty is celebrated to about the magnanimous initiative undertaken by the to erase the malicious issue from the face of the earth. As we move towards yet another year of the gargantuan and rigorous implementation of Sustainable Development Goals, we are faced with both optimistic as well as ambitious outputs obtained through the years.
Advertisement

With a commitment and re commitment to carve out a sustainable niche for each one living on Mother Earth and with a pledge to ensure that “no one is left behind” we come to a whole new facet of the initiative this year. The original agenda brought forth by United Nations in collaboration and constant support and research by the World focused on Millennium Development Goals. However, the present scenario moves a step ahead with a whole new concept. Sustainable Development Goals, as it has been termed come with as many as 17 more glorious goals to lead the world to what had been conceptualized as the ultimate objective of eradicating poverty completely by the year 2030.
The year also comes as special from another perspective. As proposed and predicted by World Bank, 2015 will witness, for the very first time, the percentage of poverty going below 10 percent, with the prediction being 9.6per cent from a whopping 37.1 percent of population who strived and slogged below poverty level back in 1990. Statistical data depicts alleviation of over 1.3 billion individuals above the poverty level and plummeting of the numbers below the levels to seven hundred millions from as much as two billion in the last two and a half decades. This means, in accordance with the latest calculation of below poverty line metric of $ 1.90 per day, the population dwelling under extreme poor conditions have been alleviated to stupendously appreciable levels even if the twenty or thirty percent cut offs in the figures are considered.

However, despite all the unprecedented and indubitable success in bringing down the numbers under the below poverty line, the project undertaken by the two organizations does seem too ambitious. This is because the figures denote a global transformation which is seen as being considerably progressive.

Yet, the truth lies in the fact that the changes have been unequal across countries. For one, South Asian and East Asian countries have shown remarkable progress wherein the question of eradicating poverty was brought forth. Whereas East Asian countries and South Asian nations have witnessed a noteworthy 33 percent and 25 percent approximate changes in the global population under poverty level, their counterparts in Sub Saharan countries have been negligible. In fact, in many countries of Africa people are still reeling under the sufferings of the vicious circle of poverty and the concentration is observed in a countries and states which are fragile and vulnerable politically and environmentally. Most of the African countries are still afflicted by the atrocities of war and health factors which prevent them from going above the minimum poverty levels. Hence, one of the first steps towards wiping out poverty would be to look upon and address these very issues which are harrowing the citizens of these nations and thereby becoming an obstacle towards progress.

Moreover the present mode of data collection from countries is far from accurate. Birth registration data could only be obtained from 12 nations of Africa, a quarter of the remaining did not even have proper information as to the lifestyle conditions, the plight of the dwelling places and how available resources were able to bring forth benefits to their living standards. Thus, accumulation of appropriate and accurate data also remains as one of the key steps to be adopted for treading the high goals set forth by the UN and the . No doubt, therefore, that these countries of Sub Saharan Africa nurture over half the population of poor globally.
Advertisement

One of the plausible solutions to the issues of raving poverty is to initiate measures whereby the poverty levels established by individual country governments would be taken into consideration. This is to mitigate the issues cropping up due to setting up common global standards which does away with such measurements as nation’s own living standard metrics.

While the above statistics might give us a mixed insight into the developments obtained through the project as a whole, it can be said that they also depict a positive scenario whereby the advent of the countries like India and China on the global trading platform is concerned. The countries truly deserve plaudits for coming up as robust players to play in the capitalist market independently and competing at par with the First World countries while simultaneously turning out to outstanding suppliers of cheap labor as well as raw materials to nations across the world.

As pointed out by World Bank’s Poverty and Equity Global Director Ana Revenga, the goal and mode of operation of World Bank to look into these issues would be to analyze individual country’s means of handling poverty issues, the poverty levels as per standards of living, collecting accurate data on the same and consulting clients in each nation to come to conclusions as to how to walk towards progress in the best way possible.