It's Election Day. But about 100 million Americans already voted.

Advertisement
Sinéad Baker
Nov 3, 2020, 22:40 IST
A man waits in line outside a polling location in the Longfellow neighborhood in Minneapolis on November 2, 2020.Tim Evans/NurPhoto via Getty Images
Advertisement

As polls opened across the US for Election Day on Tuesday, about 100 million Americans had already voted, an unprecedented shift that is projected to be part of a record voter turnout.

This year's early voters represent a huge increase from 2016. In that contest, almost 139 million people voted, with about a third of the votes cast ahead of Election Day.

Some 99.7 million votes had been cast as of 1 a.m. ET on Tuesday, according to the US Elections Project. Those early votes are equal to 72.3% of the number of votes counted in the entire 2016 general election.

This is made up of more than 35 million early in-person votes and almost 64 million returned mail-in ballots.

The number of ballots already cast most likely means that Tuesday's voters will form a smaller group than those who have already cast their vote.

Early-voting lines lasted hours in some states, with many voters motivated by the coronavirus pandemic.

And millions of people sent their votes by mail — which could become a source of contention as President has repeatedly sought to cast the process as one that's vulnerable to fraud, despite large amounts of evidence to the contrary.

Trump has made clear that he intends to contest the validity of many ballots, particularly mailed ones, seeking to disqualify them.

On Tuesday, voting opened in parts of Vermont as early as 5 a.m. Predawn voters were pictured lining up in Virginia and Kentucky too.

The large number of mail-in ballots mean that it is unlikely to be clear which candidate won in many states on election night. In some, it could take days for a victor to be declared.

The Business Insider reporters Eliza Relman and Oma Seddiq have put together a guide for what to watch on election night and the days following as results start to come in.

The most recent polling shows Trump's Democratic challenger, , with about a 10-percentage-point lead over Trump in an average of national polls.

But with counts in key states expected to take days and Trump allies preparing to dispute ballots, a clear final result could take some time. 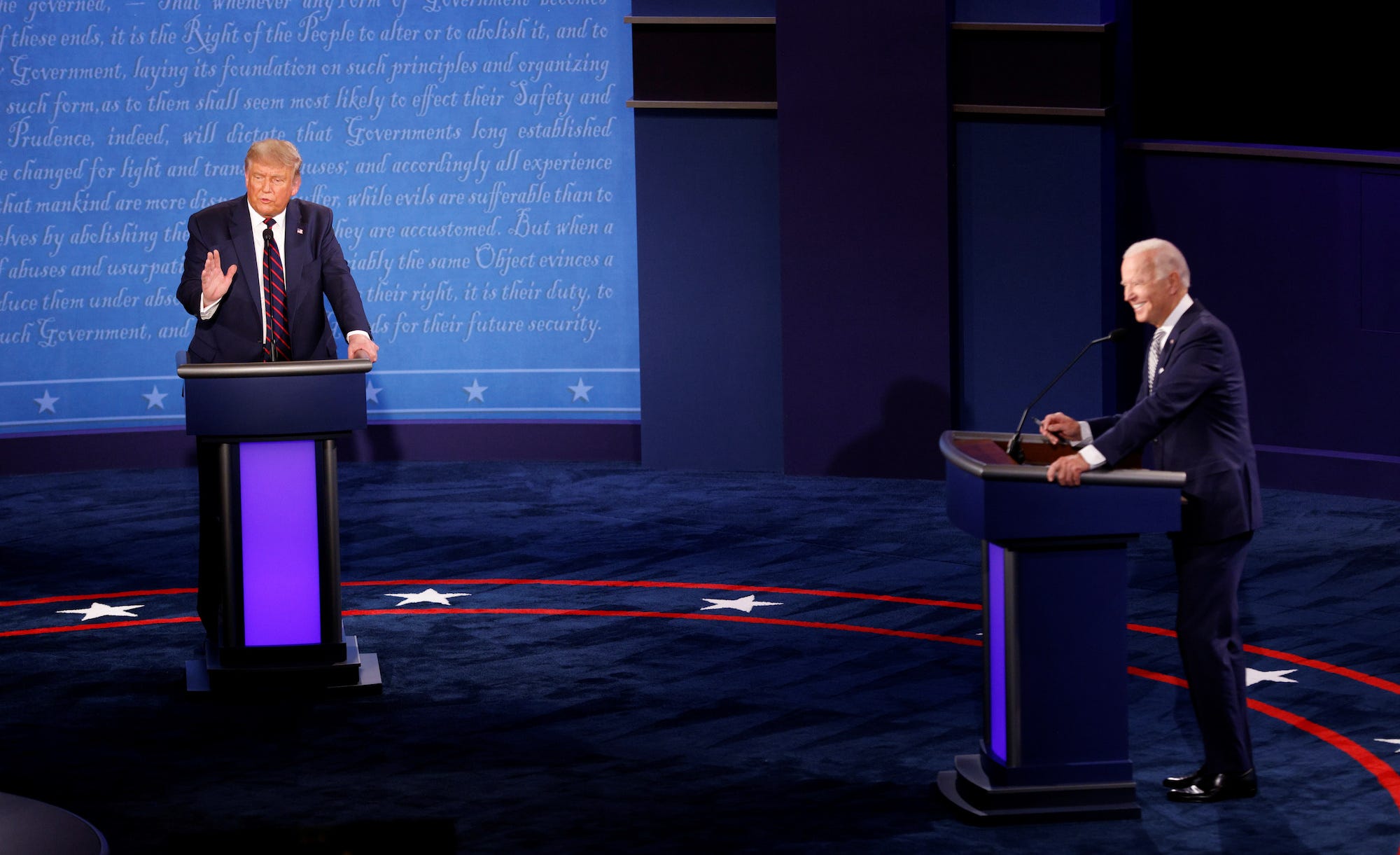