Rise and rise of Internet of Things in India 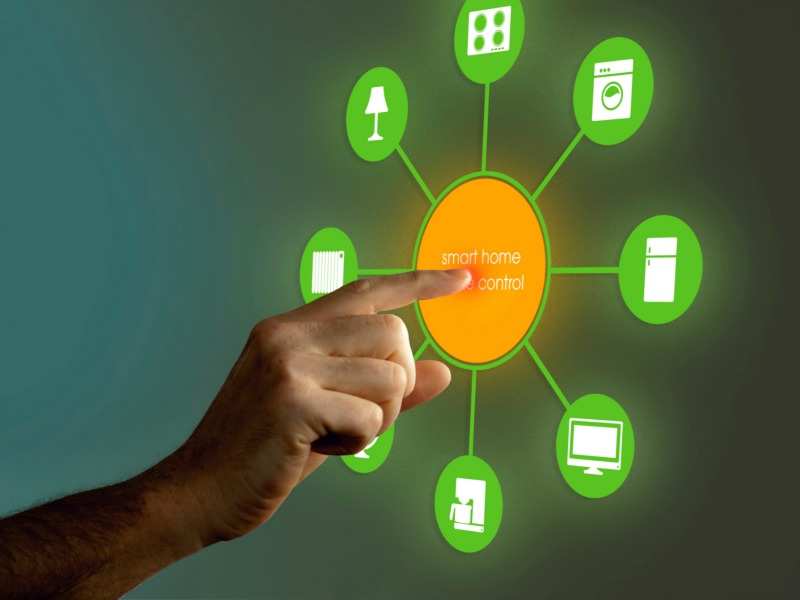 IoT, or , can be explained as the networking of physical objects through the use of embedded sensors which collect information about the objects, their surroundings and communicate the same to other objects, linked through wired or wireless networks.
Advertisement

It started as the movement of taking control of devices and making objects speak to one another. Now, the focus seems to be on making things intelligent. In the process, has morphed to IoE (Internet of Everything) where anything may be connected anytime, anywhere, on any network and be accessible to anybody.

Globally, IoT is revolutionising traditional value chains and is fundamentally changing how products are going to be created, marketed, sold and serviced. It represents a huge market opportunity with some estimates topping $ 9 trillion by 2020.


Indian angle
Most of the buzz about IoT today is around companies, concepts and use cases that originated in the West and the Far East.

Advertisement
The Indian IoT story had a quiet beginning but now it is showing signs of going into mainstream rapidly. Understandably, most players in the space are young companies.

However, the local eco-system is maturing quickly. Pune-based CarIQ ( www.cariq.in) has already gone through four rounds of collecting orders for their intelligent device and should start shipping it out by the end of June 2015. Their promise: predict potential problems in your car and get help resolving them. Another exciting new prospect is Entrib ( www.entrib.com) from Pune that is promising to revolutionise productivity and quality on the shop floor through the use of IoT. On the entertainment front, there’s TeeWee ( www.teewee.in) from Bengaluru that has come up with a HDMI dongle that will help stream any kind of media to a TV at the tap of a button. Notable among the IoT infrastructure players is Axelta ( www.axelta.com) that has a centre in Hyderabad, which is developing some frameworks to facilitate communication among , allowing brands and consumers to truly harness the power of IoT.

In 2014, the Government of India (GoI) announced its plans to create a USD 15 billion IoT marketplace in India by 2020. The Draft Policy specifies plans:
· To undertake capacity development (human and technology) for IoT specific skills
· To undertake research and development activities for all assisting technologies
· To develop IoT products specific to Indian needs in different domains

GoI’s current big push on financial inclusion also has to leverage IoT in a significant way. The “unbanked” will, more often than not, be miles away from the nearest bank branch. Banks have begun employing ‘business correspondents’ in remote areas to provide the basic banking services to such folks. Connected devices that are in touch with the banking back offices are fundamental to such initiatives. Whether it is a rudimentary “travelling ATM” or a card reader, these devices are all part of the IoT ecosystem in India.
Advertisement

While GoI is placing a lot of importance on IoT as a space, the actual consumer adoption of IoT in India is expected to be slow, owing to the following reasons.
· The Internet, though widespread, is still not a reliable service in all areas. Speed and quality of service are often associated with the price one pays.
· Connected devices themselves are not inexpensive. Communication and connectivity do come at a price.
· Security, too, is often a concern. Many connected devices have been proven to have security loopholes, leaving them vulnerable to hacking and potential data losses.

Another major deterrent to rapid adoption of the IoT in India is the fact that most of the IoT consumer use cases, till date, have been designed keeping the western consumer in mind. Google’s NEST thermostat is a runaway success in the US but has little application inside the typical Indian home. That said, there have been some interesting developments in the Indian IoT consumer space as well. Take the case of a group of students in Surat that has developed a mechanism that prevents a bike from starting if it senses that the rider doesn’t have a helmet on or is inebriated.

IoT and the Indian workforce
There’s no doubt that the increasing adoption of IoT will certainly have an impact on the job market in India. Some current roles will become redundant. It should, however, also create new opportunities, some of which we cannot even envision today. There will be new opportunities in traditional verticals. Software development, data management, analytics are all areas that should see strong growth as IoT adoption gains momentum. At the same time, some new hybrid verticals (like IT + Medicine) may emerge. Adjusting to changes and learning to work differently, even in traditional roles, in the connected world will be a key to success in the IoT age.
Advertisement

Future possibilities
In India, IoT can be the key to ensure superior consumer engagement and enhanced quality of life, whether it is in retail, utilities, healthcare or in the government sector. It can help drive up the revenue through targeted marketing and better customer service. IoT can also play a significant role in manufacturing and supply chain industries by driving costs down, improving safety of operations and quality of output. It can help eliminate human error to a large extent and provide for better execution of supply chains.