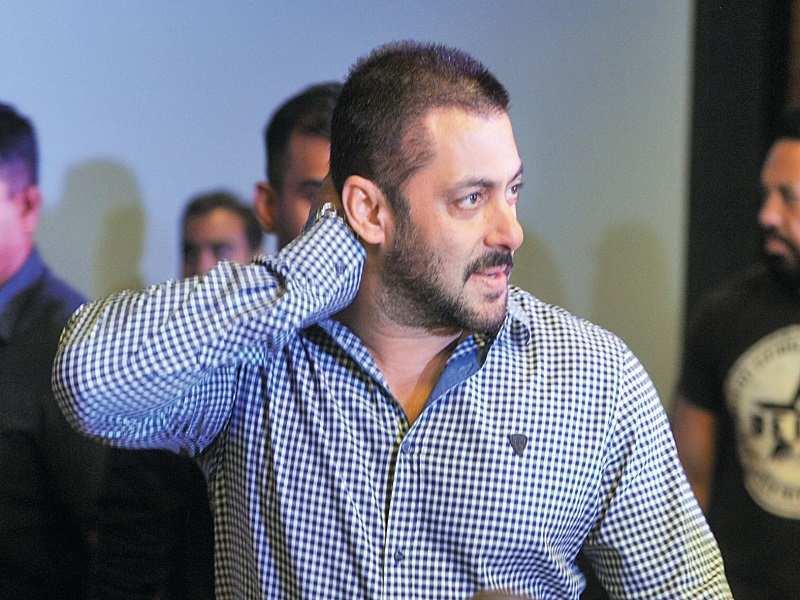 , who is one of the biggest stars of Indian cinema, has done almost everything in Bollywood, be it romance, comedy, action or drama. However, in his 27-year journey in Bollywood, he has never kissed his co-stars on screen, something which distinguishes him from almost every other mainstream actor today.

Apparently, Salman is not comfortable when it comes to kissing onscreen and says that he just doesn’t like it. He also said that he doesn’t think that one needs to kiss onscreen, and if one day needs arise, he would do what’s required.

Salman, who would next be seen in ’s directorial venture , along with . He would be seen playing a prince in the upcoming movie, which is touted to be a family drama, like every other Sooraj Barjatya movie, including Maine Pyar Kiya, Hum Aapke Hain Kaun and Hum Saath Saath Hain.
Advertisement

Prem Ratan Dhan Payo is creating quite some news in the market. The title track of the movie is getting popular day by day. More and more celebrities are using the Dubsmash app to sing this song and show off their dancing skills. The latest to join the bandwagon were Helen and Waheeda Rehman.

Next StoryLook what happened when Emma Watson met Malala Yousufzai
Popular on BI
1
Janet Yellen's proposal for a capital gains tax in US may push global money towards markets like India
2
India's richest family is planning to build the world's largest zoo, and the 280-acre project has already sparked a protest by animal activists
3
Mukesh Ambani says he will make batteries ahead of a boom in electric vehicles⁠
Latest Stories
Trending News
Buying Guides
Look what happened when Emma Watson met Malala Yousufzai
See 20 big stars at last night's CMA awards - Carrie Underwood, Justin Timberlake, and more
This is the best Prem Ratan Dhan Payo Dubsmash there ever will be
Popular Categories
Trending Right Now
More from our Partners