Business Insider
Jan 14, 2020, 18:17 IST
NASA predicts that the massive bushfires devastating Australia will produce enough smoke to make at least one full circuit around the planet and return to Australia.

NASA's Goddard research center said that the smoke had already "travelled halfway around Earth" as of January 8, "crossing South America, turning the skies hazy and causing colorful sunrises and sunsets."

"The smoke is expected to make at least one full circuit around the globe, returning once again to the skies over Australia."
Advertisement 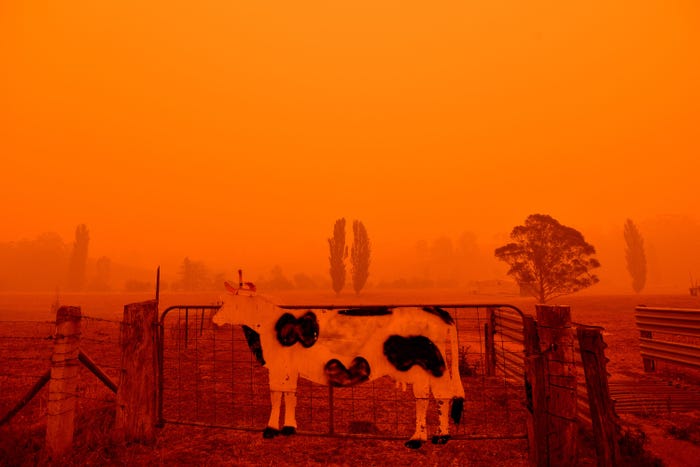 The sky turns red from bushfires in Bemboka, in Australia's New South Wales state on January 5, 2020. SAEED KHAN/AFP via Getty ImagesNASA noted that the fires in Australia are "not just causing devastation locally," blaming the "unprecedented conditions" of "heat combined with historic dryness."Bushfire season began in the country in September 2019. The season has particularly intense thanks to a period of prolonged drought that helped fires spread, leading to unprecedented damage and the death of an estimated one billion animals.

The fires have killed at least 28 people and destroyed thousands of homes.

Satellite images have shown clouds of smoke from the fires drifting away from the continent:
Advertisement 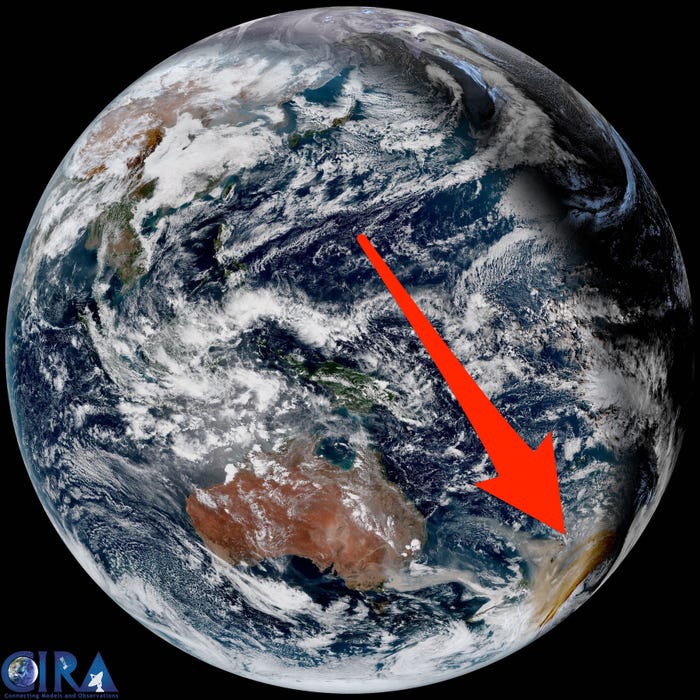 NOAA satellite imagery showing smoke clouds away from Australia on January 2, 2020. http://rammb.cira.colostate.edu/They're so big that they have created their own weather, in the form of giant thunderstorms that can then create new fires.

These storms are sending smoke into the stratosphere, with some plumes reaching 9.3 miles (15 kilometers) from the ground, NASA said.
AdvertisementAnd this smoke then "can travel thousands of miles from its source, affecting atmospheric conditions globally."

The fires have turned skies in parts of New Zealand sky orange, even though the country is around 1,200 miles away.
Advertisement 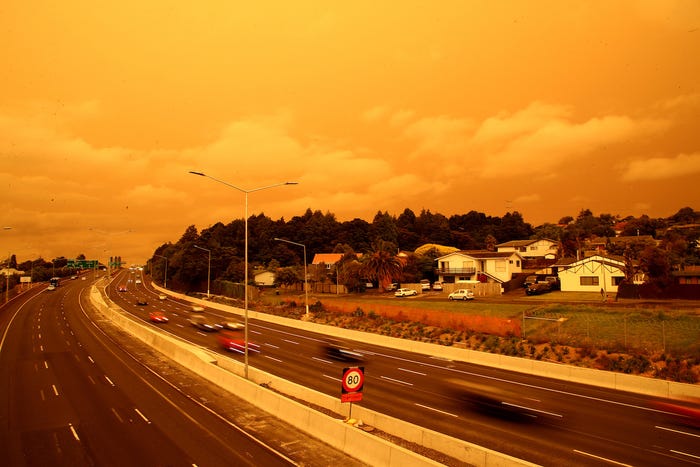 The sky in Auckland, New Zealand. Phil Walter / Getty ImagesNASA said that the overall effects of this, such as whether the extra smoke ends up helping to heat or cool the earth, is "currently the subject of intense study."

In Australia, the smoke is creating dangerously low air quality levels. Parts of Melbourne reached hazardous levels this week, and people were urged to stay indoors. 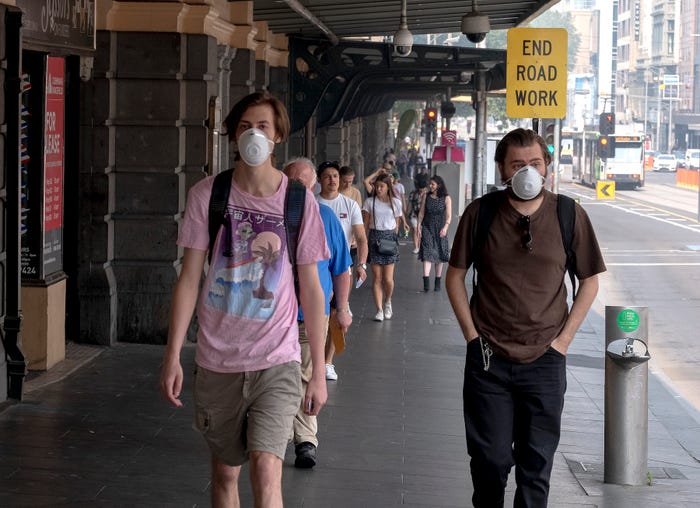 Advertisement Melbourne commuters walk wearing a mask as the city suffers hazardous air quality on Tuesday. Luis Ascui/Getty ImagesThe fires have far exceeded the size of the fires in the Amazon in 2019, which then prompted global outcry.

They have prompted calls for the resignation of Australian Prime Minister Scott Morrison, who has continued to support the country's coal industry.