Still finding it hard to get cash at ATMs? Don’t be surprised, people are still hoarding notes 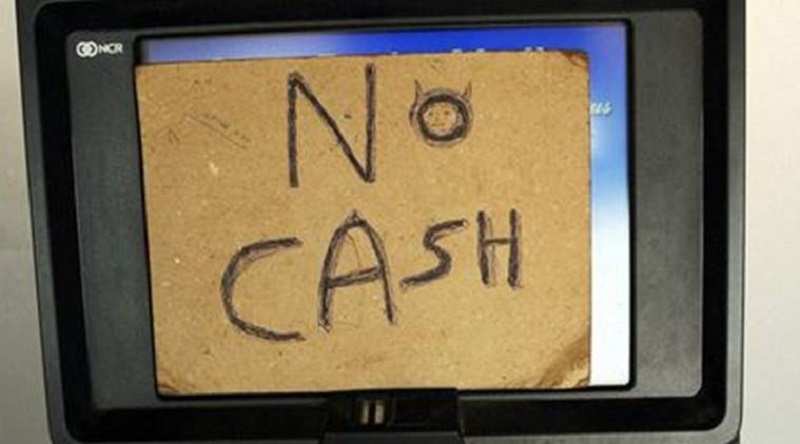 Even though the supply of currency to automated teller machines has risen to about 80-85% of pre-demonetisation levels, but it is still difficult to get cash at an ATM. The reason that has led to this is that people haven&rsquo;t stopped hoarding . The fear of not having enough hard cash in hand is driving people to stock up.

&ldquo;The moment there are Rs 500 notes at an ATM, people tend to queue up and keep the cash with them even if they don&rsquo;t need it I believe this fear among the general public will take another few weeks to ebb and make things absolutely normal,&rdquo; Anand Garollu, India services general manager, NCR Corporation, which makes and manages cash dispensers, told ET.

Post demonetisation, ATMs are getting more average money than that before cashban.

Advertisement
&ldquo;If an ATM was receiving 120 customers daily before, now it hovers around 130 to 140, still around 10% more,&rdquo; Garollu told ET.

According to the experts, the lifting of daily curb on cash from ATMs has been on of the reasons ATMs are emptying out rapidly. The limit on savings accounts will be raised to Rs 50,000 from February 20 and abolished altogether from March 13, RBI said last week. That could calm fears and reduce the propensity to hoard, bankers hope.

Next StoryIT industry to grow at 8.6% in current fiscal: NASSCOMM
Popular on BI
1
Four Wall Street businessmen ordered a $2000 bottle of wine, and didn't notice the difference when they received a $18 bottle instead
2
COVID-19 vaccine updates in India: SII to begin phase III trials in Mumbai soon, Bharat Biotech mulls expanding current manufacturing capacity
3
EXCLUSIVE: Piramal Group is ready for acquisitions in both pharma and financial services
Latest Stories
Trending News
Buying Guides
IT industry to grow at 8.6% in current fiscal: NASSCOMM
India Ratings pegs Economy to grow at 7.4% in FY18
Online recruitment activities in India grow by 11 percent, here's why BFSI is leading the chart
Popular Categories
Trending Right Now
More from our Partners