It’s not just the DWS deal, Morgan Stanley's outlook has painted HCL Tech green⁠ — along with TCS, Infosys and Wipro

"The acquisition will add around 1% to the company's top line in FY22E and will also help the company in expanding its presence in Australia and New Zealand," said ICICI Direct Research in a reported dated September 21 with a target price of ₹ 885.

But, it’s not just HCL Tech that’s swinging in the green. Morgan Stanley, expects other Indian IT services’ behemoths including Tata Consultancy Services (TCS), Wipro and Infosys to rise despite the pressure of the coronavirus pandemic in its report dated September 18.

Source: BSE, share price as of 10:10 am on September 21 compared to last week’s closing

HCL Technologies’ optimism washes over other Indian IT companies

Advertisement
Last week, HCL Tech broke into the list of top 10 most valuable firms in India after it revised its guidance for this quarter to 3.5% revenue growth. Not only did that boost HCL Tech’s share price, but the optimism spilled over to other IT stocks as well.

The good times aren’t over for HCL Technologies and peers
Analysts estimate that HCL Tech is likely to benefit further from the sharp rupee depreciation, the macro environment and the expanding margins.

The rupee depreciation is just a boon for HCL Tech but for IT services peers as well since they are export oriented and their earnings are in dollars. The weaker the rupee, the more valuable their billings become.
Advertisement
With the rupee depreciating, company margins get to reap the benefits. More employees working from home also bolters margins with commute and reimbursement costs muted.

This is not only for HCL Tech but for IT peers as well. “Favourable currency movement including rupee depreciation versus the US dollar,” is also an upside risk for TCS and Infosys.

The only obstacle that may get in the way for HCL Tech is that outcome on revenue guidance is lower than the run rate required, according to Morgan Stanley.

“Weakish commentary on deal wins in the coming quarters, which could indicate an inflection point in infrastructure services growth,” the report said. 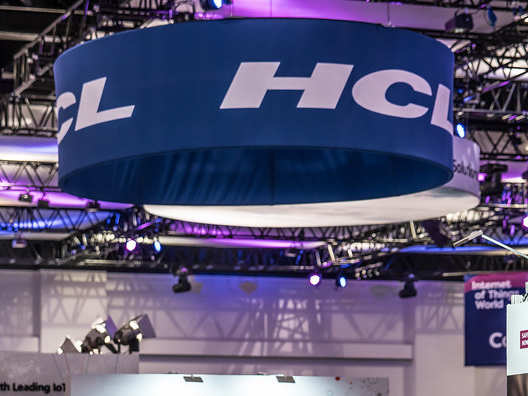