The 308% jump in its shares in just four months has made investors curious despite the airline being grounded after incurring heavy losses, the airline stock has been able to woo people to fuel up its share price.


Meanwhile, the stock was today locked in an upper circuit when the broader market plummeted by over 1100 points, and its listed peers IndiGo, SpiceJet were down 4% and 3%, respectively, amid weak global cues.
Advertisement 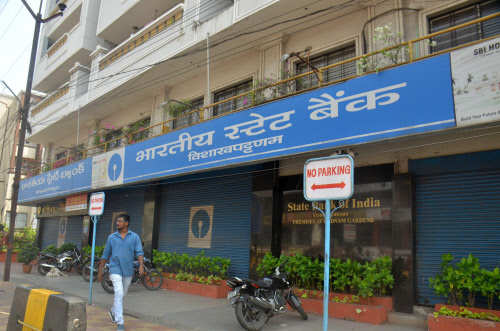 
Here's what made the investors cheers despite an overall selloff:

Murari Lal Jalan of the Jalan-Kalrock consortium told PTI that they expect to restart the defunct airline's operations in four to six months after receiving approval from the National Company Law Tribunal (NCLT) for its resolution plan.

Advertisement
Earlier in December last year, Jalan said that it plans to operationalise Jet Airways by the summer of 2021, subject to certain conditions.

The NCLT likely to take a final call on the airline's resolution plan, the winning consortium's lead member Murari Lala Jalan told that "everything is on track" as far as the revival efforts for the carrier are concerned. Stressing that he is very positive about the Indian aviation sector, the new owner of Jet Airways said that initially, the airline would resume flying with around 25 aircraft.

"We are very hopeful that it (NCLT nod) will come," he said, adding that a delay of one or two months here and there would not make a difference for such a big thing as reviving the airline.

In another interview, the new promoters said the company will retain the 'Jet Airways' brand and will keep the airline public. "We will definitely continue the way it was. Jet will remain a full-service offering...The name of the airline will also remain unchanged, Jalan told LiveMint.

Jalan further added that the company also has plans to rehire some of the old employees.

"Jet's former staff are assets and we will definitely want to look after them. We will do whatever is possible and whatever is practical. They are human capital, and experienced professionals, who we are looking forward to working with," he added.
Advertisement

All plans in place

While there has been a curiosity that even if the airline can cope with the delays of NCLT and other paperwork, will it be able to secure its slots? Jalan, in its interview, made it clear that the airline will get its slots back.

"We are very optimistic. We have been assured by the ministry (of civil aviation) that whatever slot is required will be made available. Also, a lot more slots are available now than what a year ago. I don't foresee any problem with slots," said Jalan.

Advertisement
The company also plans to keep Delhi, Mumbai, and Bengaluru as its hub like before. The revival plan proposes to support Tier-2 and Tier-3 cities by creating sub-hubs in such cities.

Likely turbulence that investors should not ignore

Jet Airways, the once-storied full-service carrier, was grounded in early 2019 and subsequently is undergoing proceedings under the Insolvency and Bankruptcy Code (IBC). This despite the tribunal itself classifying the case as one of national importance, there were no hearings at the NCLT between October last year and early February.

The law mandates that the corporate insolvency resolutions process (CIRP) to be finished within 330 days after proceeding. However, in the case of Jet, the process has crossed over 530 days.
Advertisement