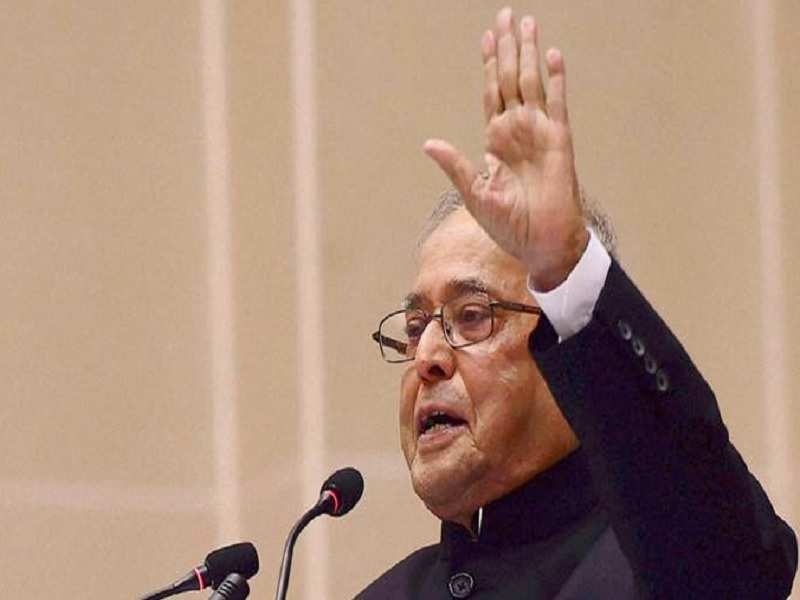 In his recent speech, President won several hearts with his inspiring words to from who had gathered in Mohali to celebrate the institute's 15th anniversary.

As the President took to the stage, he kickstarted his speech by expressing concern over the quality and standards of institutes in India.

The President said business schools needed to impart &lsquo;right skills&rsquo; to students to make students employable. &quot;India has more than 750 universities, 36,000 colleges and several other institutions, but the quality of education leaves much to be desired. Leave apart figuring in international rankings, most of the institutions are not even making their graduates sufficiently employable,&quot; he said.

Advertisement
Calling Indian students and their young minds bright, creative and innovative, he said, &quot;Skill imparting has become imperative. If we fail to do, it will be demographic disaster.&quot;

&quot;The restless mind will resort to violence,&rdquo; he cautioned and urged the business schools to come out with innovative ways and create conducive environment to impart skills.

Asserting that India&rsquo;s growing young population need to be trained to compete in the job market, the President said that the country has demographic advantage and it will add 60 crore by 2030.

Advertisement
Taking the examples of Dr Hargobind Khurana and others who became Nobel Laureates after completing initial education in India, he reiterated the need for an atmosphere that facilitates their success.

He further put the onus on business schools saying they play a stimulating role in helping India achieve its potential for setting up 10,000 start-up firms in the next few years. There are many universities and polytechs &ldquo;but the quality of many institutes is not up to the standards&rdquo; in terms of competing in getting jobs, he noted.

He also spoke about the need of students to become job creators instead of mere job seekers, highlighting the fact that they need to innovate more and view their social responsibility as a primary target to achieve in future.

Advertisement
As he concluded his speech, he struck a chord with these words - &quot;Youth and graduates should add social commitment and social responsibilities to their aspirations in life ahead, with the aim of giving back to society. You are citizens of a free nation, take risks in life, innovate, create and make a difference.&quot;

Next StoryExpecting a great increment? Be humble
Popular on BI
1
Sneak peek: Hyundai Motor to launch new Hyundai i20 on November 5
2
Fauci: 5 science-backed reasons you should keep your mask on at all times during the pandemic — even when visiting friends
3
Apophis, the ‘God of Chaos’ asteroid is speeding up — increasing the likelihood of it hitting Earth in 2068
Latest Stories
Trending News
Buying Guides
Expecting a great increment? Be humble
A woman who has reviewed over 40,000 resumes says these are the 5 most annoying mistakes she sees
Here's what it's really like to work retail on Black Friday
Popular Categories
Trending Right Now
More from our Partners