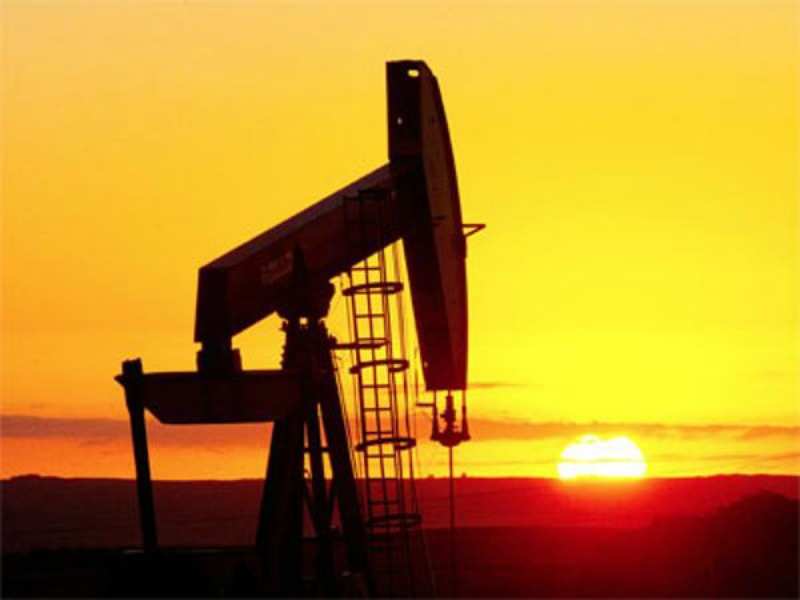 The recent sharp dip of Brent crude—the global oil benchmark—that breached the psychologically sensitive $30 a barrel mark to touch a 12-year low of $27.10 has stirred up lingering concerns about where the oil is headed.
Advertisement

It has also triggered a debate on how it will affect the broader commodity market, which has been languishing for some time now, pulling down growth forecasts globally.

For those who look for an upturn in , it has been a long wait. Brent slipped to below $30 a barrel level from more than $100 a barrel two years ago.

The deep desperation among market players, looking for the remotest positive cues was evident in the close to 8 per cent surge in Brent prices seen this Thursday.

It was soon after Russia apparently said it is ready to discuss output levels with OPEC—opening the door for a deal with Saudi Arabia to revive oil prices—after vehemently opposing any chances of production cuts for months (till recently, it maintained that a cheap ruble, which has fallen to a record low against the US dollar, protected its energy industry from the worst of the oil slump).

Advertisement
However, within hours, delegates said they knew nothing about a potential meeting with Russia next month, let alone output cuts, pushing prices back to $34 from a brief stay close to $36.

Russia’s unconfirmed comments are seen as a ploy to test waters to gauge how OPEC members would respond to the idea of possible cuts.

Even if Russia is truly keen on talks on likely production cuts with peers in the Middle East, there are a host of obstacles in its way before it reaches out to OPEC. The opposing views of Russia and Saudi Arabia on Syria—Russia has been supporting President Bashar Al-Assad while Saudi Arabia has been trying to push him out—make consensus between the two countries on terms of the discussion over oil price cuts unlikely.

Saudi Arabia is also keen to defend its market share, especially in China where it has been battling with Russia to be the biggest oil supplier.

Also, going by the spike in Russia’s oil production recently, it is hard to believe that Kremlin is sincere in its intention. Russia’s output is set to reach a post-Soviet record of 10.89 million barrels a day in a few weeks, up 83,000 barrels a day—the biggest monthly increase since September 2014.

Advertisement
There are several other reasons to believe why the unprecedented glut in oil production across the globe—resulting in unusual dips in prices—is likely to continue.

Following the lifting of years of nuclear sanctions, Iran is ramping up oil production—last week it signed a deal with Total SA to ship crude to France.

Also, acute cash crunch may force OPEC peers Angola, Nigeria and Venezuela to refrain from output cuts as they scramble to sell as much oil as they can to stay afloat.

Besides, production from Iraq continue to rise unabated—the country recorded record output in December, with its fields in the central and southern regions producing as much as 4.13 million barrels a day, and it is planning to hike output going ahead.

As production is unlikely to slow down in near future, a growing number of analysts expect prices to remain sluggish.

Advertisement
Standard Chartered expects oil prices to remain volatile in the near future as the underlying negative sentiment in the market seems little changed. Joining a host of banks that that have trimmed oil outlook due to the excess supply in the market, HSBC and UniCredit slashed oil price forecasts for 2016.

Despite some near-term bullish signals, most analysts expect oil markets to remain oversupplied, keeping prices mostly at current levels. In fact, a few of them even expect oil process to touch $20 a barrel.

Such pessimism is not unwarranted as the world currently remains oversupplied by roughly 1 million to 2 million barrels per day. A majority of analysts expect glut to persist through the first half of 2016. Tighter monetary policy in the US and the euro area is expected to weigh on global oil demand at least for a few quarters more. The slump seen by China and its spillover effect across Asia and the rest of the world too is likely to play spoilsport.