Here’s how you can wind up your start-up easily 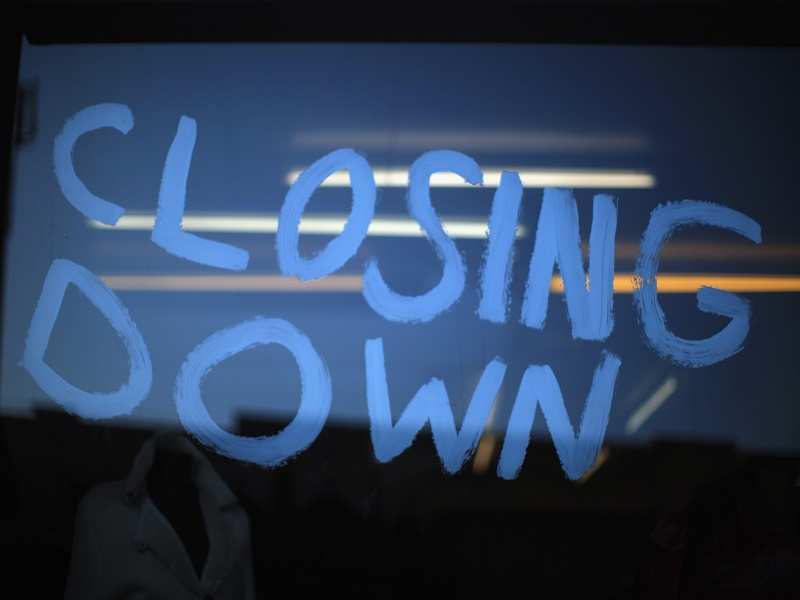 If you think that starting a business is difficult, you have probably never met someone who had to close down his business.

When it comes to wind up a company, there is much more that needs to be done other than laying off employees and closing operations. Since a company is a legal entity, closing it down involves several legal procedures, so that it can be taken off official records.

One way to close a company by showing a year's record of no operations (revenue) and zero assets and liabilities, it will be struck off the RoC register, corporate lawyer Vaibhav Parikh told ET. The other, more complex and costlier legal route, involves meetings with creditors and going to court several times, which could take two to five years as per the complications.
Advertisement

The government has recently introduced different schemes to help people who are their companies, viz. the and the notification of the National Company Law Tribunal, and it would probably replace the traditional that deal in company insolvency and disputes.

The move has come at the right time, since a lot of start-ups are because of lack of funding. 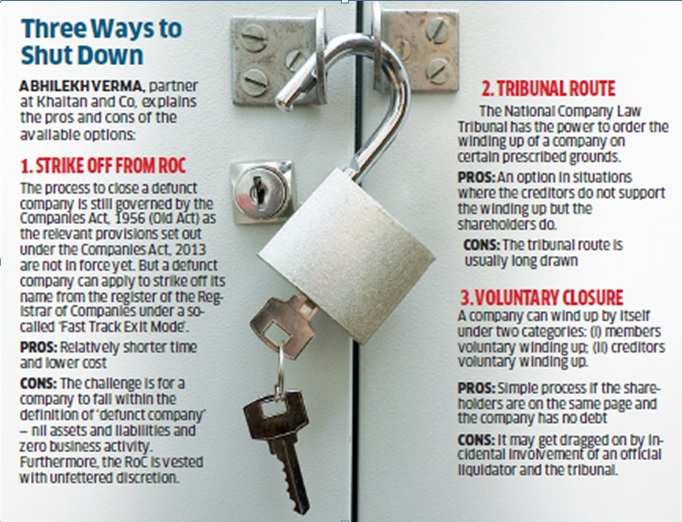 Parikh added that start-ups need not use the Bankruptcy law option if they do not have any debt, which is generally the case. "However, they may be able to take benefit of voluntary winding up. The objective is to limit the process to a shorter time frame of up to 90-180 days, but its effectiveness remains to be seen," Parikh said.

Talking of voluntary winding up, it can be done by either members or creditors and that too without court supervision. After the process is complete, relevant documents are filed before the court so that a dissolution order can be obtained. However, the process is not as easy as it sounds.

The expenses that one has to pay for closing down a company make one of the top reasons that companies prefer to remain dormant without legally shutting operations. As per Parikh, about 90% of the start-ups that close operations remain alive, while a majority of the remaining just strikes off their names from the RoC's records.
Advertisement

Next StoryIndia’s start-up investments on a free fall
Popular on BI
1
Janet Yellen's proposal for a capital gains tax in US may push global money towards markets like India
2
India's richest family is planning to build the world's largest zoo, and the 280-acre project has already sparked a protest by animal activists
3
Mukesh Ambani says he will make batteries ahead of a boom in electric vehicles⁠
Latest Stories
Trending News
Buying Guides
India’s start-up investments on a free fall
Government looking for more involvement from states to push startups
Amazon, Quikr, Ebay, Snapdeal involved in wildlife trade: Govt
Popular Categories
Trending Right Now
More from our Partners