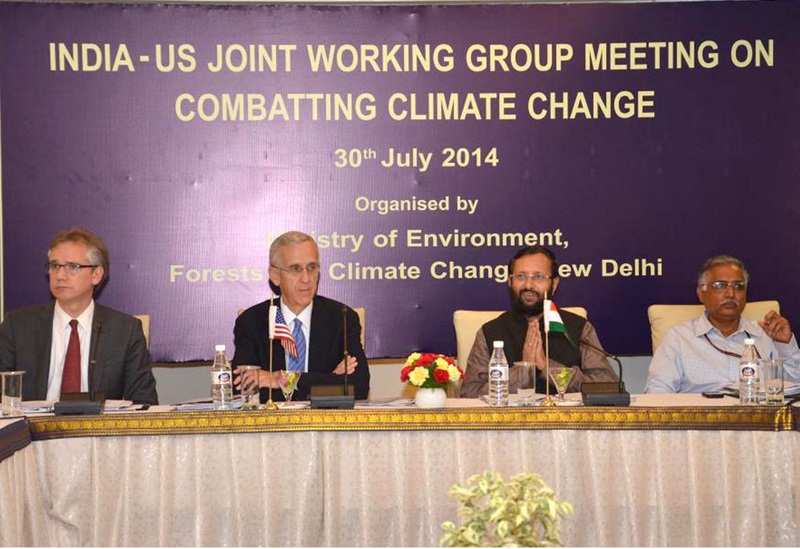 This was followed by the first meeting of the on . The meeting witnessed discussions regarding the areas of clean energy, smart grid and energy efficiency, development of technology and sharing of information on best practices on adaptation measures specifically for the .

Javadekar said that in view of the 2015 Agreement on climate change, the Joint Working Group needed to work very closely. He also emphasised on the need to develop a common understanding for ambitious and balanced package for the post-2020 period.

Reiterating the government’s commitment towards sustainable development, Javadekar said that several major have been announced in the 2014 Union Budget . He also stressed upon ratification and implementation of the second commitment period of . This also includes enhancement of mitigation ambition by Annex-I parties, as a very important step. The US is the only country which did not ratify first commitment period of Kyoto Protocol.

Todd Stern said the Joint Working Group would start a constructive partnership on clean energy and climate change between the two countries. He also added that this initiative would help to enhance the bilateral partnership. (Image: Press Information Bureau)
NewsletterSIMPLY PUT - where we join the dots to inform and inspire you. Sign up for a weekly brief collating many news items into one untangled thought delivered straight to your mailbox.
CAPTCHA: