Kashmir: The Bare Facts of a region torn into pieces 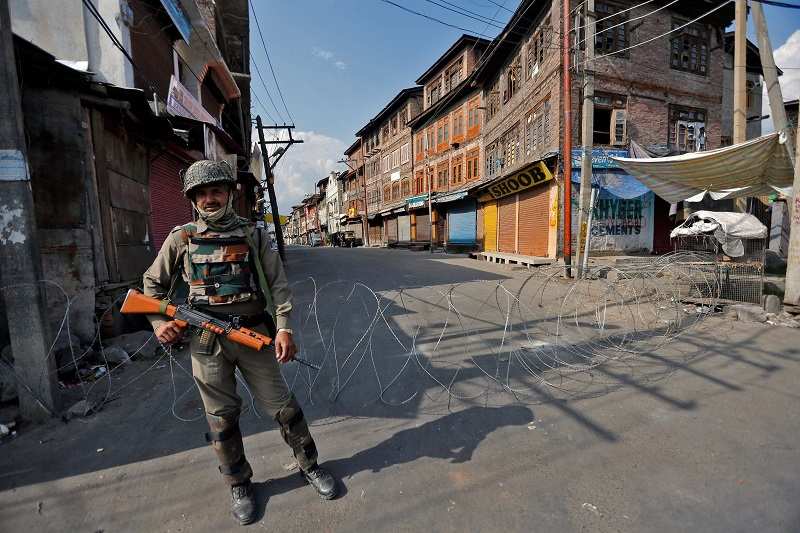 has been a political issue for the longest and as is with such politically charged situations, there are rumors abound. However, for a lot of us, the real timeline is either unknown or has become hazy over a period of time. So, here is a complete timeline of what has happened-bare facts of how the state of Jammu&Kasmir has unraveled over the last seven decades. 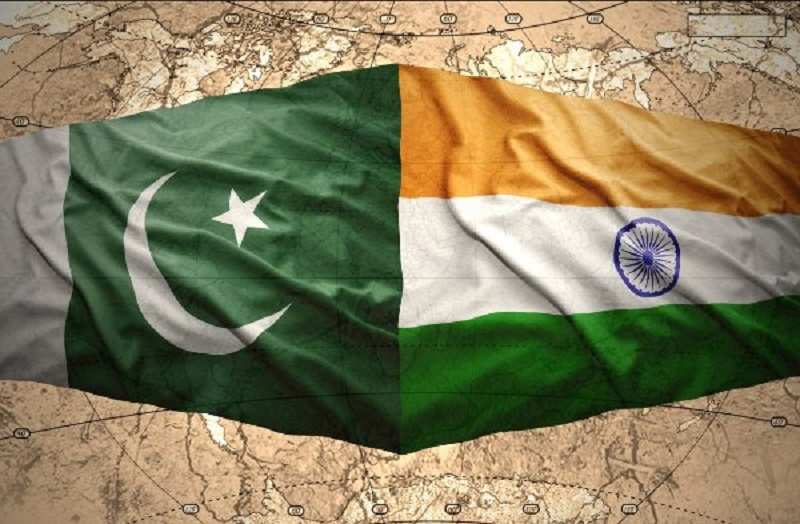 1947 &ndash; The British rule ended in India and the nation was divided into mainly Hindu India and Muslim-majority state of Pakistan.

1947 &ndash; The Pakistan tribal army starts attacking the and the Maharaja of Kashmir signs a treaty of accession with India. War breaks out between India and Pakistan over the region.

Advertisement
1948 &ndash; India raises in the UN Security Council, which in Resolution 47 calls for a referendum on the status of the territory. It aslo calls on Pakistan to withdraw its troops and India to cut its military presence to a minimum. A ceasefire comes into force, but Pakistan refuses to evacuate its troops. Kashmir is for practical purposes partitioned.

1951 &ndash; Elections are held in the Indian-administered state of Jammu and Kashmir back accession to India. India feels that this makes a referendum unnecessary. The and Pakistan say a referendum needs to take into account the views of voters throughout the former princely state.

1953 - Pro-Indian authorities arrest and dismiss Prime Minister , leader of the governing , as he takes a pro-referendum stance and delays formal accession to India. A new Jammu and Kashmir government ratifies accession to India.

1957 - The constitution of Indian-administrated Jammu and Kashmir defines it as part of India. 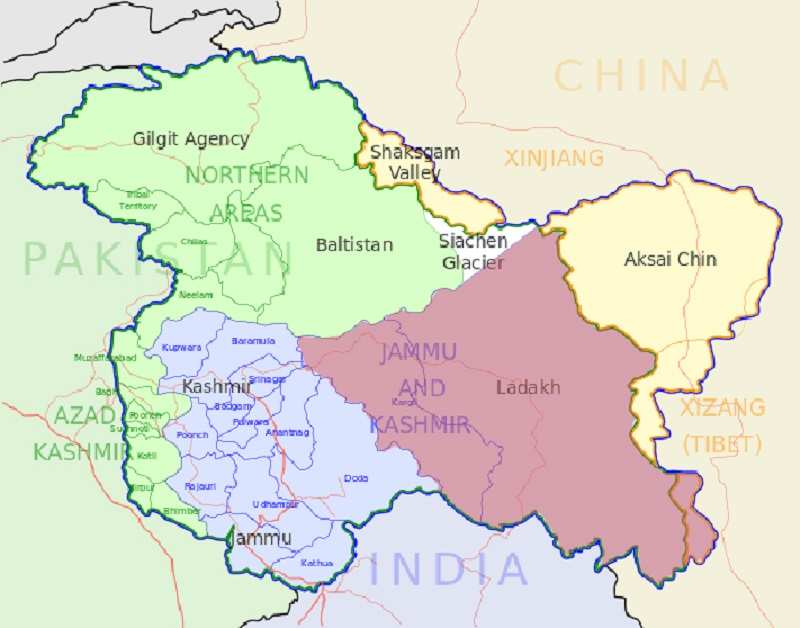 1962 &ndash; a war starts between India and China and China defeats India in a short war for control of .

1963 - Pakistan cedes the Trans-Karakoram Tract of Kashmir to China. 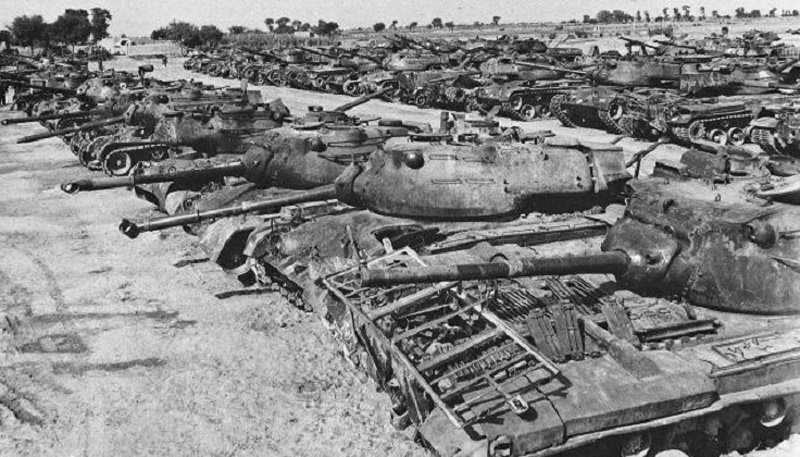 Advertisement
1965 - A small war between Indian and Pakistan over Kashmir starts and ends in a ceasefire and a return to the previous positions.

1971-72 - Another Indo-Pakistan war ends in defeat for Pakistan and leads to the 1972 Simla Agreement.This turns the Kashmir ceasefire line into the Line of Control, pledges both sides to settle their differences through negotiations, and calls for a final settlement of the Kashmir dispute. The Agreement forms the basis of Pakistani-Indian relations thereafter. 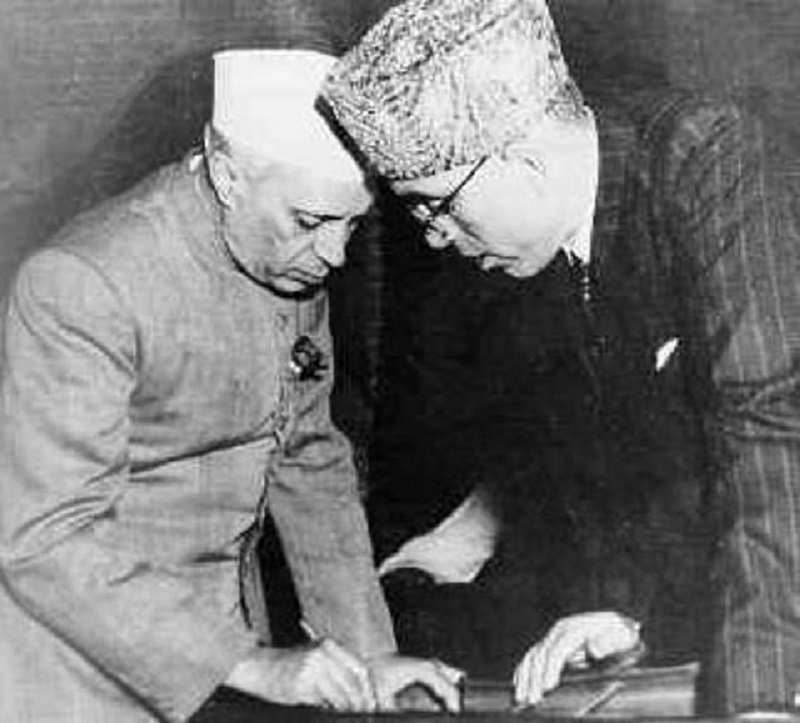 1974 - The Opposition Plebiscite Front in Indian-administered Jammu and Kashmir drops demand for a referendum in return for extensive autonomy in an agreement with the Indian government. Sheikh Abdullah becomes chief minister, and his political dynasty continues to dominate the National Conference and state after his death in 1982. 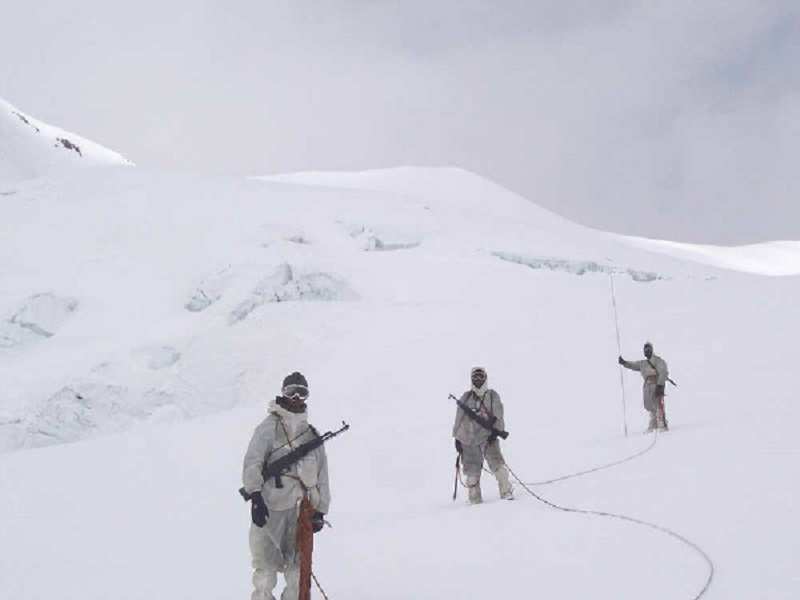 Advertisement
1984 - gains control over the Siachen Glacier, an area not demarcated by the Line of Control. Pakistan has been making frequent attempts to capture the area in the following decades.

1987 - Disputed state elections in Indian-administrated Jammu and Kashmir give a thrust to a pro-independence insurgency centred around the Jammu and (). India also accuses Pakistan of fomenting the insurgency by despatching fighters across the Line of Control, which Pakistan denies. 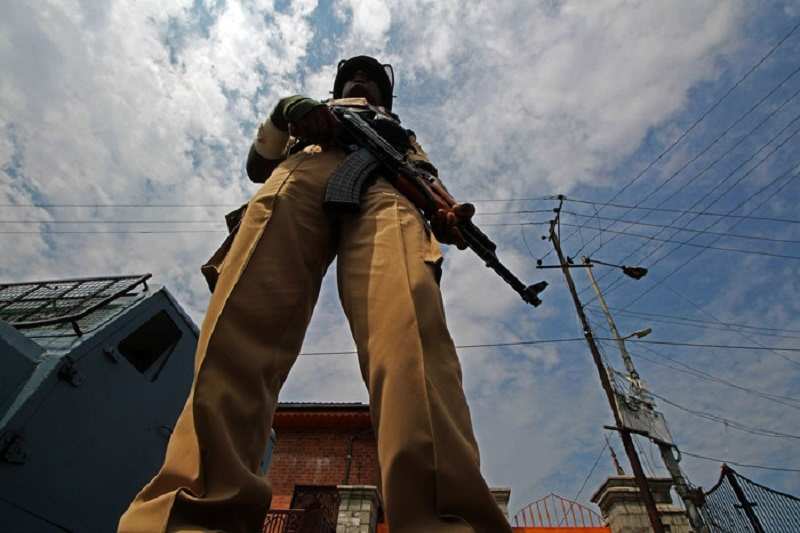 1990 - The insurgency escalates after the Indian Army kills about 100 demonstrators at Gawakadal Bridge. Attacks and threats lead to the flight of almost all Hindus from the Kashmir Valley area of the state. India imposes Armed Forces Special Powers Act (AFSPA) in Jammu and Kashmir.

1990s - The insurgency keeps on continuing, with Kashmiri militants training in Pakistan and India deploying hundreds of thousands of troops in Jammu and Kashmir. It&rsquo;s the civilians that have been facing violence by both sides.

Advertisement
1999 - India and Pakistan go to war again after militants cross from Pakistani-administered Kashmir into the Indian-administered Kargil district. India repulses the attack, accuses Pakistan of being behind it, and breaks off relations.

2001-2004 - Moves to boost relations between the two countries are punctuated by continuing violence, notably an attack on the parliament of Indian-administered Jammu and Kashmir in in 2001.

2010 - Major protests erupt in the Kashmir Valley of Indian-administered Jammu and Kashmir over the summer after a demonstrator is killed by the Indian army. The protests abate in September after the government announce measures to ease tension.

2011 August - Chief Minister announces an amnesty for the 1,200 young men who threw stones at security forces during the anti-government protests in the Kashmir Valley in 2010. Indian confirms presence of more than 2,000 unidentified bodies in unmarked graves near the Line of Control. Activists say many may be people who disappeared after being arrested by security forces. 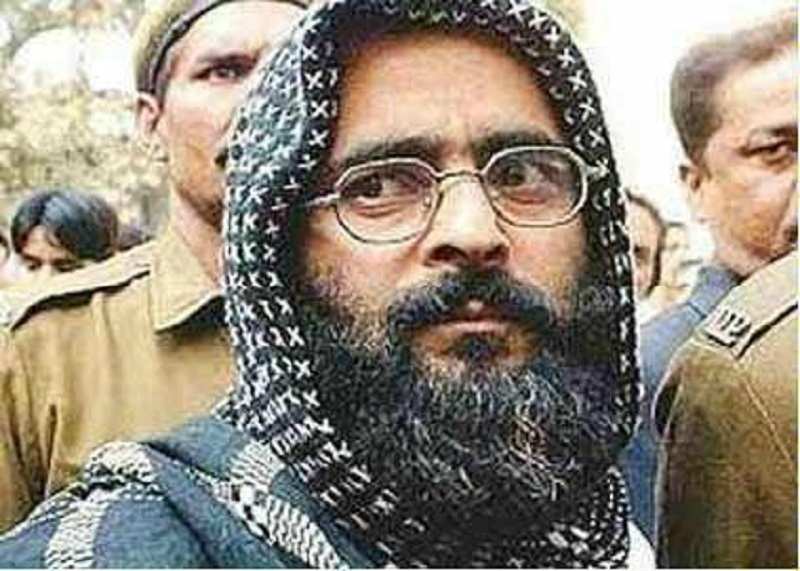 2013 September - Prime ministers of India and Pakistan meet and agree to try reduce the number of violent incidents at their disputed border in Kashmir.

2014 August - India cancels talks with Pakistan after accusing it of interfering in India's internal affairs. The decision comes after Pakistan's High Commissioner in Delhi consulted Kashmiri separatist leaders in advance of the talks.

During a visit to the disputed border state of Jammu and Kashmir, India's Prime Minister accuses Pakistan of waging a proxy war against India in Kashmir.

2014 October - Pakistan and India exchange strongly-worded warnings, after a flare-up of violence across their common border leaves at least 18 people dead. 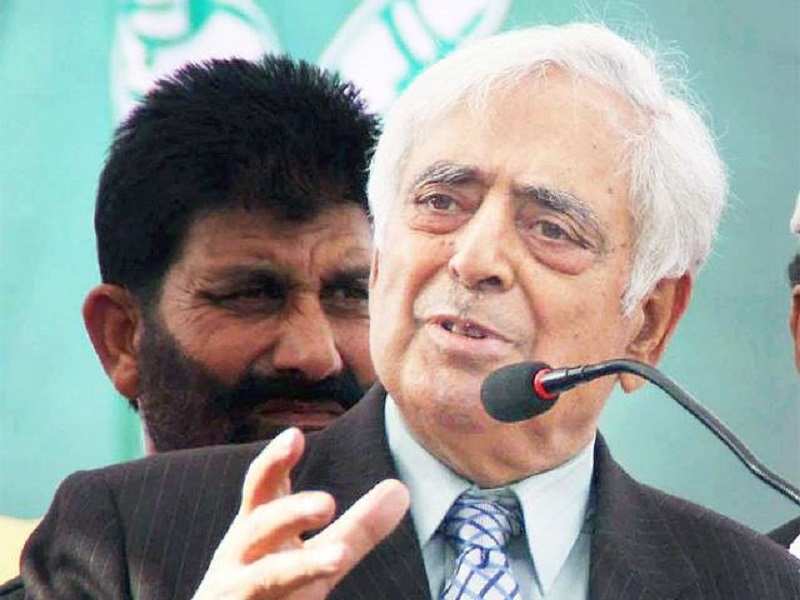 2015 March - India's ruling party is sworn into government in Indian-administered Kashmir for first time in coalition with local People's , with the latter's as chief minister.

2015 September - Muslim separatist leaders in Indian-administered Kashmir close shops, businesses and government departments in protest at the enforcement of a colonial-era ban on eating beef. 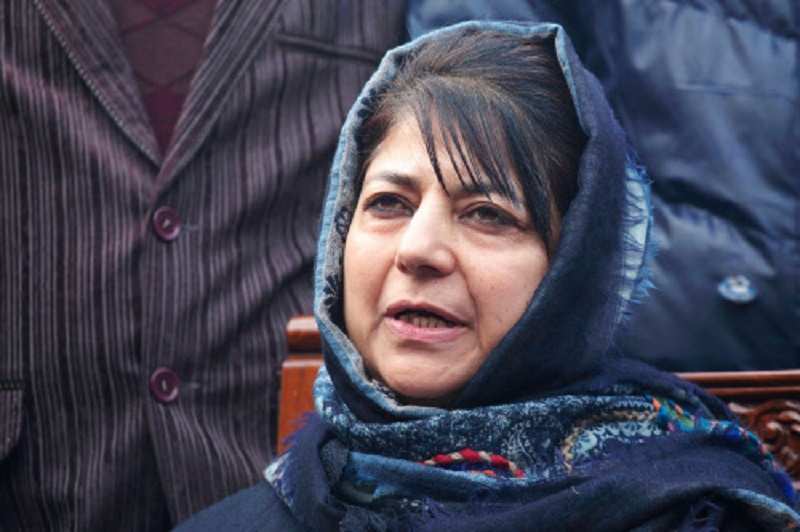 Advertisement
2016 April - , the leader of the People's Democratic Party (), becomes the first female chief minister of Indian-administered Kashmir following the death of her father and party founder Mufti Mohammad Sayeed. 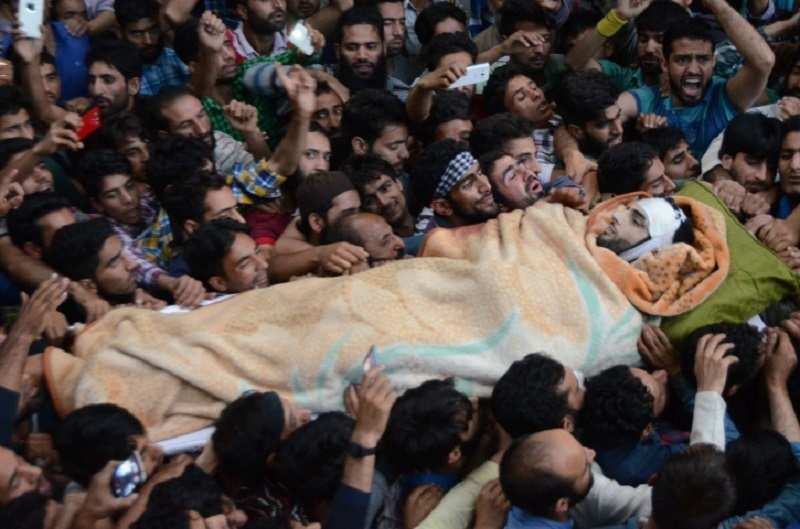 2016 July - Authorities impose an indefinite curfew in most parts of Indian-administered Kashmir after the killing of popular militant by security forces of , a popular militant and top commander of the group, sparks violent protests. 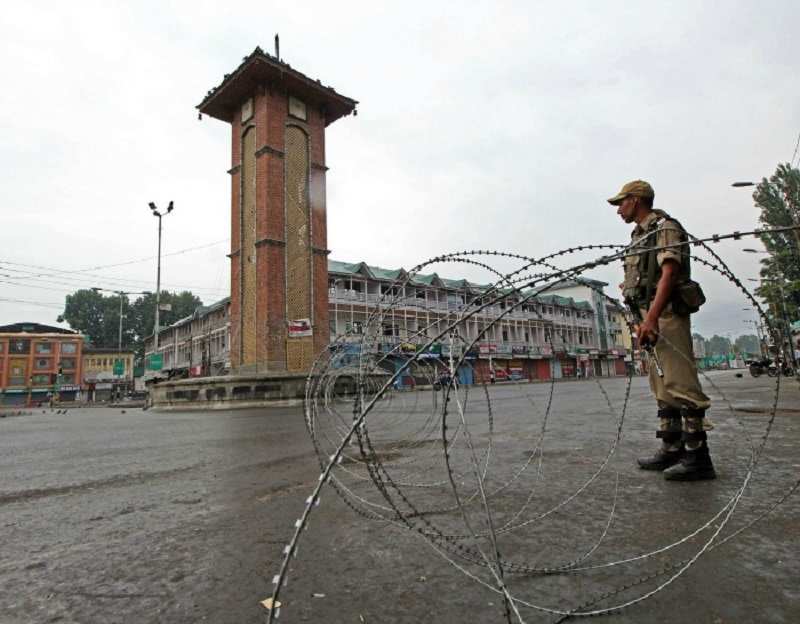 2016 August - A curfew in most parts of Indian-administered Kashmir is lifted but schools, shops and most banks remain shut and mobile and internet services remain suspended. At least 68 civilians and two security officials have died and more than 9,000 people injured in over 50 days of violence according to official tallies.

Advertisement
2016 September - India and Pakistan exchange a war of words after 18 Indian soldiers are killed in a raid by gunmen on URI base in Indian-administered Kashmir.

2016 September - India says it has carried out &quot;surgical strikes&quot; against suspected militants along the de-facto border with Pakistan in Kashmir but Pakistan rejects the claims. 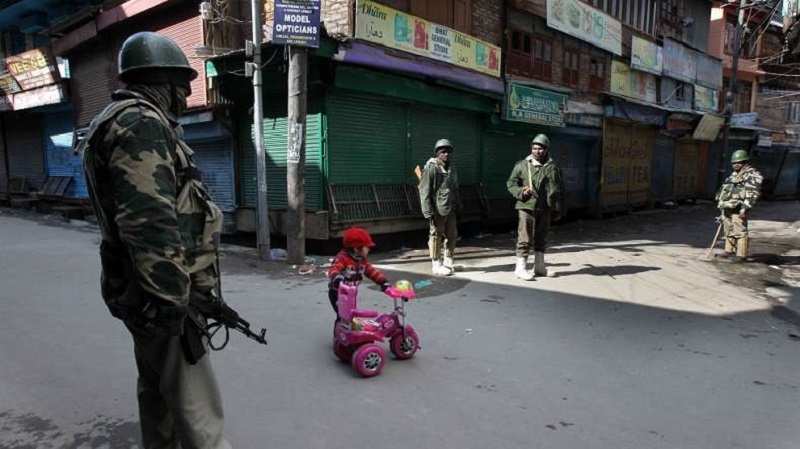 Today: the area is still living under a tension. The civilians are still scared that either the militants or the army will cause them harm. The curfew has led to the loss of lives and business. The main source of income- tourism has been at halt since August. While the nations are still fighting over the land, the leaders have forgotten the fact that there are still people living in that heaven on earth.