Rejected by IIT, this blind man went to MIT and is now a CEO of a 50 crore company 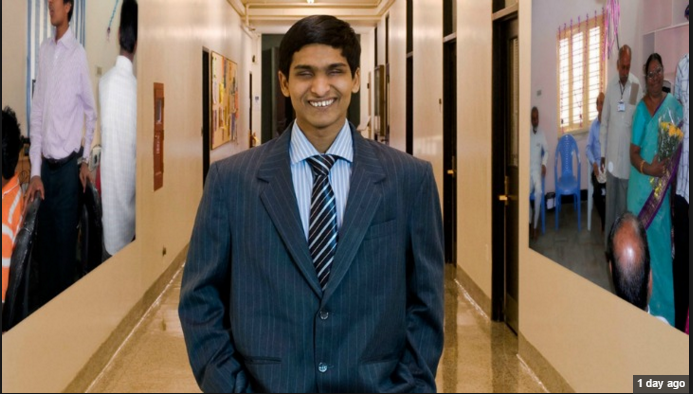 Twenty-three-year old has already achieved what most people of his age will take atleast years to achieve. That too, despite being blind.

He faced discrimination due to his disability early on in life. After he was born blind, his parents were advised by the villagers in Sitaramapuram in to let him die.

At school too, he was excluded from sports and pushed to sit in the last bench away from the whole class. That however did little to deter Shrikanth to excel in studies and topping in Class 10 Board exams in his cool.

At the intermediate level, Shrikanth wanted to study science but he got a rude shock when the Andhra Pradesh Education Board refused to grant him permission, stating that Arts was the only stream the blind could opt for.

Advertisement
Not one to give up, he filed a case and after a six-month long wait, the Board agreed to let him pursue Science. At the end of two years, Shrikanth topped Class 12, securing 98%.

The discrimination refused to stop. Next up was IIT. Shrikanth wanted to study engineering at the prestigious Indian Institute of Technology but he was denied an admit card to the entrance examination.

That’s when Shrikanth decided, “If IIT doesn’t want me, I don’t want IIT either!”

He then proceed to apply to schools in the United States for an undergraduate programme and ended up securing admission in four colleges- , Stanford, Berkeley, and Carnegie Mellon. He eventually chose MIT, becoming the school’s first international blind student.

After graduating from MIT, Srikanth felt the need to do something about the lack of opportunities for the disabled in India. Thus, he gave up lucrative corporate opportunities in America, he returned to India and started Samanvai, a non-profit organisation based in Hyderabad with the aim to provide ‘individualized, need-based and goal-oriented support services to students with multiple disabilities.’ Additionally, he also provided tutorial services to such students by promoting Braille literacy and a printing press/library. He ended up mentoring and nurturing over 3,000 students.

Advertisement
Shrikanth wasn’t done just yet. Then in 2012, he decided to take up the issue of employability ­­­of the disabled, and thus started Pvt. Ltd, which provides livelihood opportunities to the physically challenged. The company employs disabled and uneducated people to manufacture eco-friendly disposable packaging products.

Today, Bollant employs over 150 disabled individuals and has five manufacturing units. Its annual sales have already crossed Rs. 70 million and the company is worth Rs 50 crore.

Shrikanth is the living example of the fact that talent, hard work and determination can get you past any difficulties.