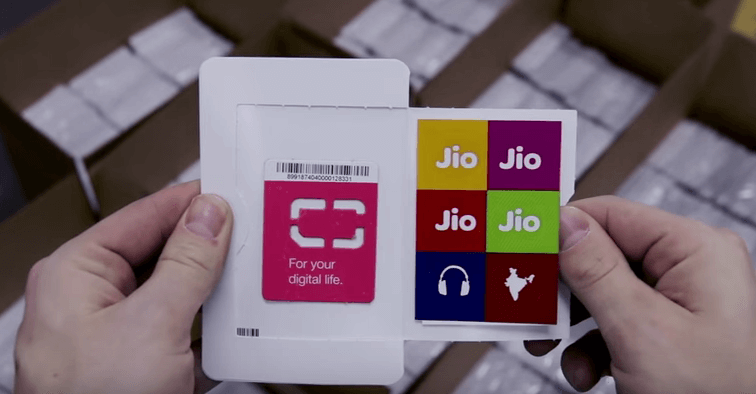 It&rsquo;s not even been a month that has launched its services commercially and the owned telecom company Reliance is already facing massive deterioration in quality of service (QoS). In its latest release Jio&nbsp;blames Airtel&nbsp;for a staggering 1.6crore calls failing everyday between and Jio&nbsp;while sating that the company no call failures in Jio to Jio calls.&nbsp;

The issue of point of interconnection has been the biggest reason for an out and out war between the incumbent telecom players and the new entrant Reliance Jio. Jio now says that QOS parameters would not have occurred had Airtel augmented POIs on a timely basis. Airtel had earlier contested that the congestion has been caused by large-scale subscriber acquisition by RJIL and Jio responded to Airtel&rsquo;s contention by calling it &ldquo;unreasonable and anti-competitive&rdquo;. Jio also said, &ldquo;the current traffic pattern is completely in line with what is expected in a new network. It would tend to move towards balanced traffic as the network matures and has sufficient scale&rdquo;.

Incumbent operators also alleged that in terms of accepting augmentation of PoI, Jio is not completely prepared due to in sufficient testing teams, Jio countered by saying, &ldquo;RJIL has been completely ready to accept any augmentation of POIs from Airtel and other incumbent operators -- reality is that work has not been held up at RJIL&rsquo;s end even briefly&rdquo;, Jio said in a statement.

Reliance Jio had also accused the telecom industry body for siding with the three top incumbent players Airtel, Vodafone and Idea and had also asked for an overhaul of voting rules of COAI, of which Jio is also a member. COAI said that the Reliance Jio's letter seeking association's governance overhaul is &ldquo;slanderous&rdquo; as well as &ldquo;mischievous&rdquo; as it suggested that the incumbent operators are blocking Reliance Jio&rsquo;s entry. Countering Jio&rsquo;s strong accusations, COAI said, &ldquo;Despite repeated and grave provocations from Reliance Jio, COAI wishes to state that Reliance Jio which entered the sector as a back&not;door operator was welcomed by COAI as a full member&rdquo;, COAI director general Rajan S Mathews in a statement said. &ldquo;Reliance Jio was never an applicant for a UASL or UL license but bought a BWA through a front entity and then had it converted to a full blown UASL license despite strong objection from certain quarters including the CAG&rdquo;, the group added.

Reliance Jio had acquired pan &not;India BWA (Broadband Wireless Access) spectrum in 2010. But the company only launched its commercial services on 5th September this year. Ever since it&rsquo;s trial testing period Jio is involved in a massive war of words with incumbent operators, especially with market leader Airtel over the issue of PoIs.