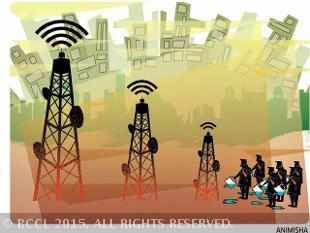 Reliance Jio Infocomm's is likely to see a small scale launch in select areas by the end of December, especially in Mumbai, as per Bank of America .

However, it expects a pan-India commercial start could be delayed till April-June 2016.

"In a scenario Jio launches by December 28, we remain unsure 1) if it will be a commercial launch with the company disclosing price-points or 2) if it will be an extension of services which are currently being offered to employees to select user group/Jio partners (i.e. few months of free data with no price-points being shared)," Bank of America Merrill Lynch (BoFA-ML) said in a note to clients dated December 15.

Advertisement
The house said it expects Mukesh Ambani-owned Jio to position itself as an "aspirational brand" offering premium services (high-speed) and is unlikely to target average revenue per users (ARPUs) below Rs 300. This compares with the Rs193 ARPU of market leader .

"As we do not expect the initial pricing from Jio to be aggressive, we expect a relief rally for Bharti/Idea after Jio commercially launches as the market is largely discounting higher competition from Jio," BoFA-ML said.

Notablt, shares of incumbent operators, No. 1 Bharti Airtel and No. 3 have fallen close to 30 per cent over the past five months on concerns over launch of Reliance Jio's 4G operations.

Advertisement
(Image credit: BCCL)
NewsletterSIMPLY PUT - where we join the dots to inform and inspire you. Sign up for a weekly brief collating many news items into one untangled thought delivered straight to your mailbox.
CAPTCHA: