SBI chief Arundhati Bhattacharya may serve for another year 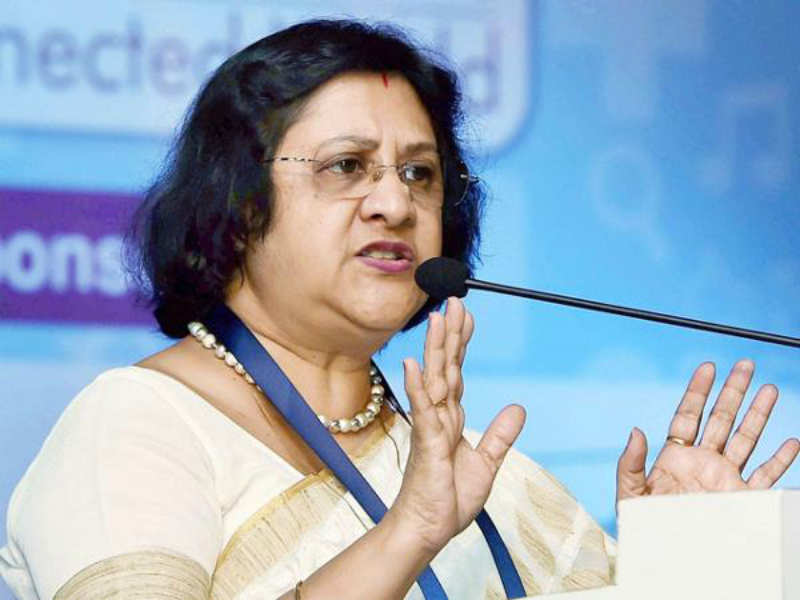 Government is considering giving a one-year extension to chief amid the lender's consolidation with its associate banks.

"There is a need for continuity at a time when the process of consolidation is going on," sources told an agency.

In this regard, the government is looking at the proposal of granting extension to the current chairperson whose three-year term comes to an end this month, sources added.
Advertisement

The government has also received views of the (BBB) on the extension issue and an order in this regard is expected in the next few days, according to the news agency.

Earlier this year, the gave its nod for the merger of (SBI) and its associate lenders and () that would make the state-owned lender a global-sized bank.

The merged entity will become a banking behemoth, which could compete with the largest in the world, with an asset base of Rs 37 trillion (Rs 37 lakh crore) or over USD 555 billion, 22,500 branches and 58,000 ATMs. It will have over 50 crore customers.

SBI had said that all its associate banks and BMB will be merged into it that will add an additional Rs 8 lakh crore to its assets.
Advertisement
Presently, SBI has close to 16,500 branches, including 191 foreign offices across 36 countries.

SBI first merged with itself in 2008. Two years later, State was merged with it.
NewsletterSIMPLY PUT - where we join the dots to inform and inspire you. Sign up for a weekly brief collating many news items into one untangled thought delivered straight to your mailbox.
CAPTCHA: