Advertisement
Prabhjote Gill
Jul 22, 2020, 13:35 IST
Chandrayaan 2 orbiterISRO
Advertisement
The Indian Space Research Organisation (ISRO) has announced that it will be publicly releasing all the science data from Chandrayaan-2 for global use. And, this includes the images that went behind creating the highest-resolution 3D map of the Moon.
The orbiter is home to eight out of the 14 payloads, or instruments, that were aboard Chandrayaan-2 when it took off from Earth. Even though Vikram — Chandrayaan 2’s lander — didn’t make it, the orbiter has still been looking high and low for new discoveries, including the presence of water.


ISRO’s highest resolution 3D map of the Moon
The Indian space agency’s initial plans to release the data were scrapped when the 51st Lunar and Planetary Science Conference in March was cancelled due to the coronavirus outbreak.

Instead, it released the draft of one of the projects that it was working — the highest resolution 3D map of the Moon. The Chandrayaan 2 orbiter is using the four instruments it has onboard to capture details of what’s on and below the lunar surface.

Advertisement
The 3D representation of the Moon will help serve as a guide to future missions and even point out where large reserves of water or other elements are most likely to be hidden.

The hunt for water on the Moon
One of the main instruments being used to create the map is also a key payload for ISRO in its hunt for water. The Imaging IR Spectrometer (IIRS) is analysing the surface for the presence of water but it’s also mapping for minerals and volatility.

To support IIRS findings, the Dual Frequency Synthetic Aperture Radar (SAR) will be trying to provide a quantitative estimate of exactly how much is present below the surface.


Peering through the darkness
Using the Orbiter High-Resolution Camera (OHRC) can capture images at 0.25 meters per pixel. The only other instruments going around the Moon that come anywhere close to the same level of accuracy is the National Aeronautics and Space Administration’s (NASA) Lunar Reconnaissance Orbiter (LRO) that can capture pictures of the Moon at 0.5 meters per pixel.

What makes the data from OHRC even more unique is that it can even capture images during underlit conditions. So, when a particular region may not be illuminated by sunlight, the orbiter will still be able to peer through the darkness to capture the crater floors of the Moon.

The OHRC is working alongside the Terrain Mapping Camera (TMC 2), the Imaging Infrared Spectrometer (IIRS), and the Dual Frequency Synthetic Aperture Radar (DFSAR) to create the 3D map.

The TMC2 has an additional purpose to help scientists on Earth gain a better understanding of the Moon’s evolution.

Minerals and precious metals
One of the instruments not involved in the making of the 3D map but has data of its own to offer is the Chandrayaan 2 Large Area Soft X-Ray Spectrometer (CLASS). It’s on the hunt for major elements like Aluminium, Magnesium, Silicon, Calcium, Sodium, Iron or Titanium near the Moon’s South Pole.

The Solar X-Ray Monitor (XSM) helps CLASS analyse its own data by measuring the intensity of the X-Rays emitted by the Sun and its corona.
Advertisement

Finally, the Chandrayaan 2 Atmospheric Compositional Explorer 2 (CHACE 2) has been gathering data from the lunar exosphere to carry an in-situ study of its composition and durability.

Chandrayaan 2 is not just looking for water on the moon 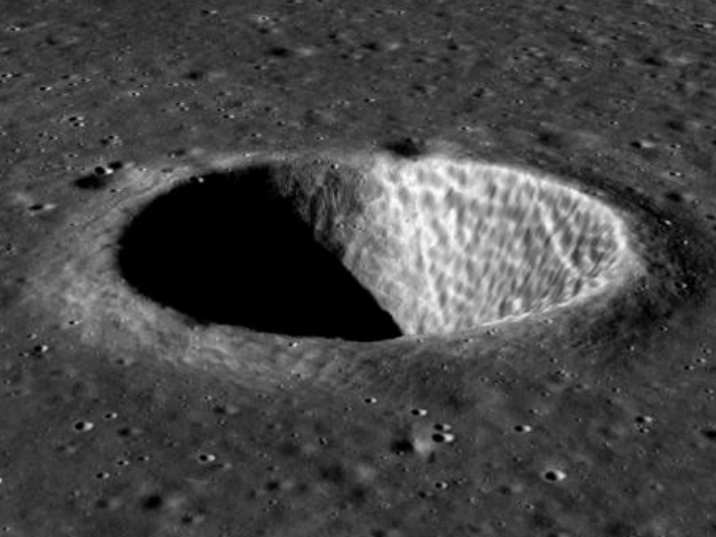 Next StoryISRO to release Chandrayaan-2 data globally from October
Advertisement
Popular on BI
Latest Stories
View All Latest
Trending News
Buying Guides
Advertisement
ISRO to release Chandrayaan-2 data globally from October
WATCH: Supercomputer generates 3D videos that show how Earth may have lost half of its atmosphere to create the Moon
The Hope Probe is on its way to Mars — everything you need to know about the UAE’s first jump into interplanetary space
Popular Categories
Trending Right Now