This Start-up Provides Genetic Screening For Newborns, Adults; To Raise Series A Funding In 2-3 Months 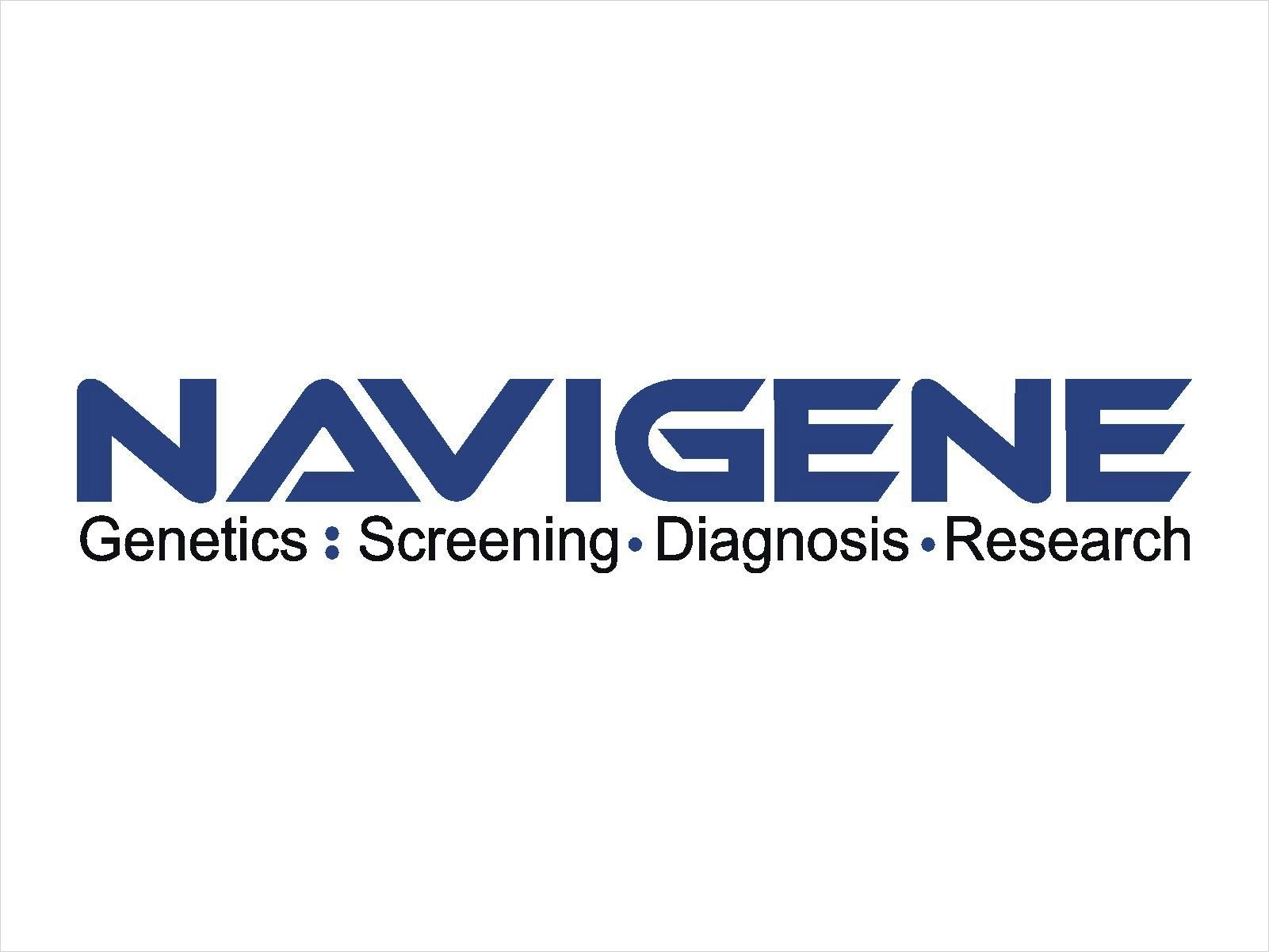 Advertisement
It is said that every newborn faces a potential risk until the baby has been screened for . A of the newborn means enhanced , which ensures fast, accurate and expanded testing going beyond routine disorders. () has been made compulsory in 52 countries across the world, bringing down and disabilities in children.

Simply put, newborn screening (NBS) programme includes testing every newborn soon after its birth, to identify serious or life-threatening conditions which may lead to mental/physical retardation or even early death. The affected baby looks healthy at birth as there is no external defect and these disorders cannot be diagnosed until specifically tested for. However, India is yet to implement a even though 5-15% of newborns fall prey to .

Understandably, not too many Indian start-ups operate in the NBS space and the screening of newborns is rarely done in the country at a macro level. But here is one Mumbai-based start-up that has doing it for over a year now. has developed a unique and non-invasive service for newborns and adults, which can be implemented at a mass scale. Its primary focus is including , , and more, besides offering ( & ). , the start-up’s flagship product, screens the newborns for 110 genetic and metabolic disorders on the very 3rd day after birth and the company claims it is one of the most comprehensive screening tests in the world. Here is a snapshot that captures the start-up’s operations, vision and viability.

Who runs Navigene (navigene.in): Two co-founders – Dr (MD & CEO) and Dr (CTO) – and the early-stage incubation and firm, . An MBBS and MBA, Dr Rishi has a deep understanding of the healthcare marketing space and also worked with start-ups. Before starting Navigene, he was head of sales & strategy at a start-up in the similar domain. Prior to that, he was manager, health analytics, with ICICI Prudential Life insurance. Dr Vrushali holds a Ph.D. from Mumbai University and is a leading geneticist with more that 15 years of experience. She is also a government-certified genetic counsellor.

Navigene was set up by the two co-founders in April 2012, along with IncuCapital’s senior venture partners’ team of , and . The company started operations in November that year. Currently, it boasts a state-of-the-art testing facility and central lab in Mumbai where all samples are flown in from different parts of the country and also from global destinations. This facility also serves as the head office while 2-3 sales people are assigned to each location. Weekly sales meetings are generally held at local CCDs – a good example of asset-light sales offices.
Advertisement

But going forward, the start-up plans to open sales offices in Delhi, Bangalore and Hyderabad – small facilities for operational and logistics management. As sample collection is generally done by the people themselves or the , the Navigene staff simply picks them up from homes/hospitals and courier them to the HO in Mumbai.

What inspired the venture: The knowledge that non-traditional, highly accurate and revolutionary ways of medical diagnosis is possible through genetic screening and diagnostic techniques. Navigene was founded to bring these advanced to India.

What’s the pitch: Early and accurate prediction/diagnosis of disorders and ailments in newborns and adults, through preventive genetic screening – so that every individual has the opportunity to manage his/her health. “Over the years, we have learnt a great deal about how genes function and how they can cause certain problems. Now is the time to use that knowledge in exciting new ways to prevent and treat ,” says Dr Rishi.

How it works: Navigene currently caters to the B2B segment – , high-end nursing homes with birthing facilities, NICUs () and state-of-the-art . It also works with individual obstetricians/gynaecologists and paediatricians. The start-up typically approaches medical facilities who, in turn, offer/recommend these services to their clients. Once a client registers for the tests, he/she is given the sample collection kit and the rest of the testing procedure follows.

As for newborn screening, parents get the kit as soon as they register and after the birth of the baby, either the hospital staff or the parents collect the urine sample of the baby on the 3rd day. It is then sent Navigene’s central lab in Mumbai where the sample is analysed and reports are sent within 4 days. If the report detects any abnormality, the concerned doctor/hospital/parents are immediately informed and further consultation could be arranged with medical experts. Genetic counselling for the parents is also offered in such cases.
Advertisement

Show me the money: As of now, the start-up has a B2B revenue model in place while the B2C space is essentially serviced through its partners who can reach out to more people. Navigene charges fee per sample testing and its flagship solution, Navigene Baby Screen (NBS), which tests urine sample for 110 disorders, costs Rs 5,000. But to make it more affordable for Tier II cities and smaller medical facilities, customised packages start from Rs 900 for tracking 3-4 basic disorders and can go up to Rs 2,700 for screening 31 commonest disorders that affect infants in the first few months. The company has also tied up with a leading stem cell company for instant access to a large B2C market. “Plus, we want to work with the state governments when they start running the NBS programme at the state-run hospitals, but we will keep the packages small,” says Dr Rishi.

The market size is also huge as around 30 million babies are born in India every year. “As of now, we are targeting 40 cities in India where our addressable market (a fraction of the urban population in these cities) is around 30 lakh babies a year. We aim to cover most of them over the next 3 years through our proprietary sales channel,” adds Dr Rishi.

Claim to fame: A value driver in a critical industry while expansion is its forte. Navigene is a pioneer of sorts, bringing crucial preventive health screening for newborn babies at an affordable price. The start-up is currently doing 500 samples a month and targeting 10,000 samples in the next 3 years.

Navigene raised an undisclosed seed round with the help of its institutional co-promoter IncuCapital in August 2012 and it will be raising Series A in the next 2-3 months. The money will be utilised to grow its presence pan-India and also in other geographies such as South-east Asia and Latin America. “We can’t disclose the names just now, but these would be all bigger and more developed countries. We are also talking to a few players in , which can lead to substantial global expansion,” says Surojit Nandy of IncuCapital. As for pan-India expansion, the company plans to reach 40 cities in next the 3 years through its own B2B sales force.

The start-up has hit in December 2013, within 11 months from starting its sales operations. But it is not really looking at that as a landmark. “We don’t intend to remain operationally cash-positive as we are growing at a breakneck speed and want to keep investing in the growth. That’s the reason we are looking at the Series A funding soon,” says Dr Rishi.
Advertisement

“We are also working on some breakthrough around in areas like oral & breast , and adult metabolic disorders. So a big chunk of the Series A money will be used for product development. We will a good amount in Capex and Opex to further strengthen our testing portfolio,” he adds.

Biggest challenge: According to Dr Rishi, there’s no real competition here as very few companies in India focus on genetics (metabolomics). As for the newborn screening business, a few labs who do screening through blood sample testing could be competitors, but they use an entirely different technology platform and can track a maximum of 45 disorders. However, creating awareness among prospective clients is currently the biggest challenge. is virtually non-existent in India while the cost of reaching them at a micro level could be huge. “That’s why we are opting for online registrations, which will reduce operational costs,” he notes. “Then there are other screening products we are working on. When they hit the market, we should be way ahead of others,” concludes Dr Rishi.
NewsletterSIMPLY PUT - where we join the dots to inform and inspire you. Sign up for a weekly brief collating many news items into one untangled thought delivered straight to your mailbox.
CAPTCHA: