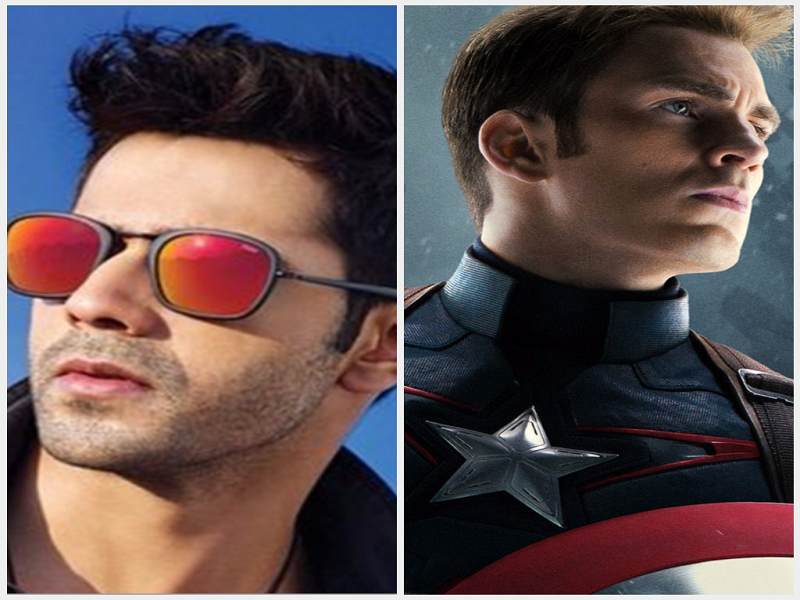 Bollywood actor Varun Dhawan, who so far has managed to leave a mark only as a chocolate boy, has tried to do something different this time, which might put him in a different league than most of his co-stars his age.

The Badlapur actor has dubbed for the character of Captain America in the Hindi version of Captain America: Civil War, portrayed by Chris Evans. The 28-year old actor shared the YouTube link of the official Hindi trailer of the movie, which is all set to hit the theatres on May 6th.

Advertisement
The trailer starts with Varun’s voice, which sounds a bit different from what we are used to of hearing him as, but we have to give it to the technology that might have been used in the making. For his dubbing debut, Varun has done a decent job, though we think that he could have done a little better, knowing the popularity that the character enjoys in the country.

Not only this, Dhawan miserably fails when his voice is compared to Rajesh Khattar, who has been dubbing for Tony Stark for the longest time now, and has earned quite a few applauds for the unique touch that he brings to the character in every movie that he dubs for.

However, given that Khattar has been dubbing for decades now and this was Varun’s debut performance, comparison between the two is unfair. Let’s hope that Varun learned the nuances of dubbing from his co-artist, which he would use in the future if he continues to lend his voice to popular characters.