For the last five years, a team of 150 engineers have been working day in and out in a tiny Indian village in , about 650 kms south of Chennai, building a world-class context-aware helpdesk software called .

This may sound like it's straight out of the plot of a movie, but , CEO of Zoho Corp has ensured it became a reality with his able guidance and vision. As a result, Zoho, a multi-billion dollar customer management (CRM) company with offices in and Silicon Valley, has achieved something no company can boast of- harnessing and training the talent in rural India to build a software product for a global market.

&ldquo;Zoho has challenged conventional wisdom so many times in its history. We built the first software products from India when IT services were the rage and established them in the global market. We are now showcasing something that has never been done before: the first software product created in rural India, world-class in its refinement, competing with the best,&rdquo; said a proud Sridhar Vembu, CEO, .

Desk, which is the sixth product that the company has launched in 2016, uses customer data from past interactions and from other Zoho products, like Zoho CRM and , to organise tickets and intelligently present information to agents so that they can better understand a customer's problem and resolve it efficiently.

The company's 15 acre Tenkasi facility from where Zoho Desk was built started out with three engineers who had moved from Chennai five years ago, which has today blossomed into a modest-size office housing 150 employees. Vembu himself makes it a point to visit this office once every three months. &quot;Investment in building the entire centre at Tenkasi stood at Rs 3,000 per sq feet, excluding land costs,&quot; he revealed. To accommodate more employees, the company is also expanding its facility, which is going to be three times bigger than the existing office. 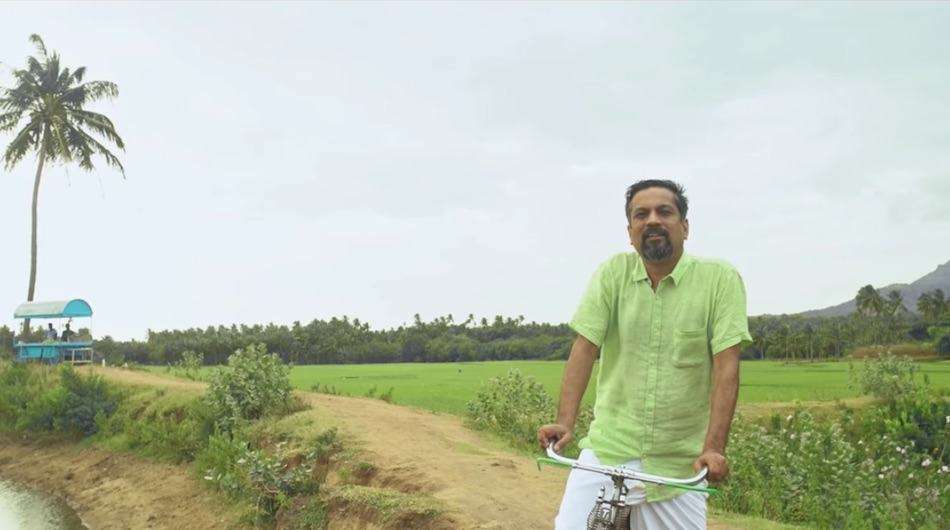 From the very beginning of this plan, Vembu was clear about one thing- he had to first build a durable product, regardless of how long it took him. Infact, it was this very decision that stopped him from making Zoho Desk public despite it being ready for a year. Instead, the company used those 12 months to test out the product themselves and launch it in the market once they were absolutely sure of it.

Advertisement
That seemed to paid off wonderfully for Vembu, as Zoho Desk currently boasts of handling 50 million tickets for 20 million users. Vembu is of the hope that out of 150,000 organizations across the world that Zoho counts as its customers, atleast one-third of them will become Zoho Desk users, making it a force to reckon with while it takes on two large rivals- global major Zendesk and local product Freshdesk.

Naturally, the road till here was fraught with challenges as Vembu attempted to build everything from ground up, but that hardly deterred the man who is known for building a one of the most profitable global tech company without any external funding.

&quot;We would have definitely built it faster if we had chosen a city like Chennai, but from the onset we were clear that we wanted to build a world-class product from rural India using the talent that most often than not remains untapped,&quot; he explained.

Combine that with Vembu's belief that rural talent shouldn't have to leave home to find opportunity and you get an insight into the mind of the man who has proved that &lsquo;a determined and sincere group of people can build path-breaking products anywhere.&rsquo;

Sticking to their guns, the company developed local talents through its own university, Zoho University, recruited engineers through campus placements, then trained and mentored them.

Advertisement
At a time when almost all companies are moving from the suburbs to the cities to make a name for themselves, Zoho is busy reversing that trend to prove that you don't really need to be in to build a world-class product.