AIB: You Have A Right To Offend, But… 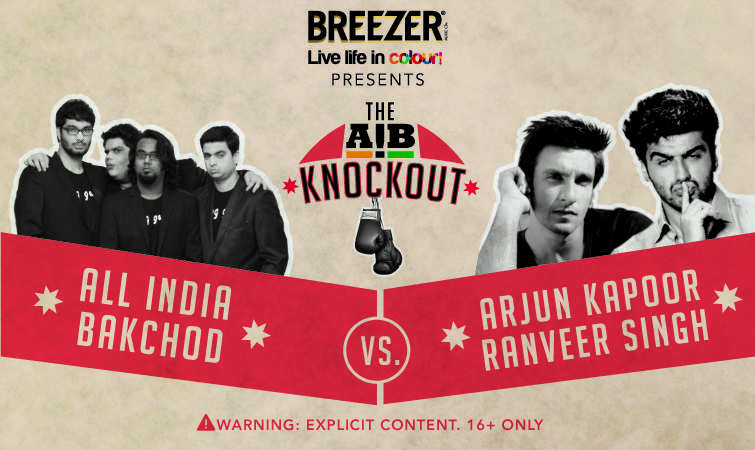 Yes, we the global citizens are a sticky lot. We are connected into this big bad world through our smartphones, and we go to Google much more than we go to our spouses, siblings or parents or even friends – for any information. Then there is FB where the family drama is always the staple diet and the projection of pretentious falsehood is much higher than, say, even at weddings.
Amazing OffersView all Offers

When did we hear last about Internet being our only hope towards democracy? And, that people on Internet (nee social networking sites, read: trolls) literally live on their FB and twitter handles where they can express freely without any fear? In the world of fake ids and even more fake personalities, Internet has something that concerns all of us. The future of our children is at stake owing to the social networking habits.

TOP VIDEOS FOR YOU
There was a time when the news made it to the Internet. Today, Internet makes news. How else would a kid in some remote corner in Kerala or Karnataka or even Kashmir be bothered about All India Bakchod aka roast?

Advertisement
Forget Delhi elections, today people are bothered about why AIB was pulled off the Internet and if they can source the footage somehow to understand why such a furore was created around this ‘stand up comedy’ show put up by Bollywood and some of its ‘best’ minds?

The supporters of AIB and those who oppose it can be broadly divided into few categories. There are those who didn’t like the tone and the tenor of the show and said this was BAD! Then there were those who didn’t like it, but wouldn’t oppose it because it managed to offend their regular offenders. Now, further, there are a few people who thought the show was downright ugly, while they stood the neutral ground. It was bad, simple.

Where does each one fit in? The question is even trickier to answer unless you understand the impact it has had on children and adults alike. What would you explain to a five year old who wants to know why didn’t mind being screwed by 10 men? And why Sonam Kapoor didn’t land up on the show for the same reason? And first and foremost, what does ‘Bakchod’ mean? Why is it a bad word? Why were people opposing it?

Advertisement
With our mite, let’s defend our right to get offended, and someone’s right to offend us too. That’s about the grownups, who discuss things like freedom of expression, democracy, free country, free press, free Internet etc. Etc. etc…

But, what really concerns us is where are we headed? Let’s say we even defend it owing to our allegiance towards democracy or even expression. How does a 5 or 10 year old understand it? How do you stop him/her from accessing it on the net and imitating the same tone and tenor, say, with his friends/classmates or relatives?

Would you say it is okay for the grownups to do this, but children shouldn’t be doing it because it’s bad? Do you see the murky lane we have just started treading on?

Advertisement
AIB was a show that was meant to crack some wise jokes. Bollywood and television gives us much more headache than AIB roast, since ages and on a daily basis. But, in those cases, you either have a censor board or an ombudsman whom you can go to.

Internet is a completely unmonitored danger zone where we would have to really monitor our children from perpetrators. How do you save the kids from a perpetrator who makes his way into your living room, laughing along? Will you join him, or stop him?

To say AIB was freedom of expression is half truth. The endgame is near and we know that could be the front we want to believe. But we won’t stand up against it for being deemed ‘primitive’ or ‘archaic’. We fear our modern image, and hence we try all our logic and reasoning to stop our children from following it.

Advertisement
It’s a straight line. If you can discuss the word ‘Bakchod’ with your child without having to cringe at the thought, it would be fine to have such shows on. But, if your child wants to know why someone would ‘jerk off to’ Farida Jalal who is in her 70s, you really have a problem at hand.

It would be integral to our knowledge to understand why it is not needed and why we could have done without it in the first place. Many actors have disassociated themselves from it. It would be better to debate on whether AIB is liberating or simply ranting, for our children’s sake.

They may thank us for it, tomorrow.

Next Storyfoodpanda.in expands its market leadership
Advertisement
Popular on BI
1
Novak Djokovic threw a racket into the stands, smashed another, then skipped his doubles match in an Olympic meltdown
2
Thailand has sealed off the island of Phuket from the rest of the country just 30 days after opening it to tourists without quarantine
3
Space tourists fly at their own risk - nobody is regulating their safety. Experts say ticket-holders are accepting their role in an 'experiment'
Latest Stories
Trending News
Buying Guides
Advertisement
Advertisement
foodpanda.in expands its market leadership
Tyre dealers demand scrapping of 10% import duty
The 10 most important things in the world right now
Popular Categories
Trending Right Now