The massive reach of ParleG glucose biscuit in rural India is widely acknowledged— where almost 50% of its sales come from rural India. Between ParleG and Britannia, they control over 70% of India’s huge biscuits market, which was nearly $4 billion in 2016 and is expected to be over $7 billion by 2022, according to the report. 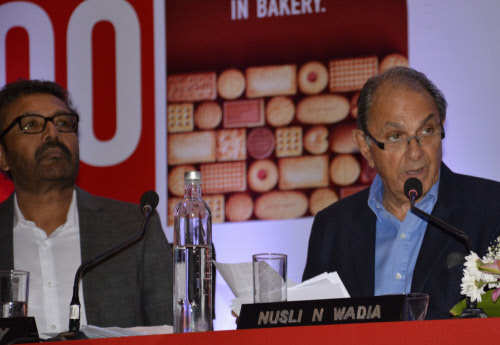 Yet, Britannia was largely seen as a leader in the urban market whereas Parle-G with its budget biscuits ruled over rural palettes.

Britannia wants to add 200,000 to 300,000 outlets every year targeting rural consumers. It currently has a reach of 2.2 million outlets and about ₹200 crore to ₹300 crore to spend on increasing this reach.

Britannia added nearly 3,000 distributors last year, according to its fourth-quarter report. Not just that, the biscuits major is looking to sell directly to consumers outside the big cities either through online portals or home deliveries via Swiggy or Dunzo, without involving wholesalers and retailers.


The net result is that it has gained more market share and widened its lead over ParleG in the last one year, according to another research and broking firm Nirmal Bang. In Jan-March 2020, Britannia’s 2.5% growth in revenue and 27% growth in profit over last year was much better than most of its peers in consumer staples.
Advertisement
As Britannia doubles ups on its efforts, others may follow too

“With the pandemic, all fast-moving consumer goods (FMCG) players (with the reasonable scale of operations) will shift to direct to consumer approach” Sanjesh Thakur, partner, Deloitte India told Business Insider.

“For some product categories, consumers may not even visit a physical store and directly purchase a product online based on the user reviews on e-commerce and influencer reviews,” Thakur further explained.

Not just adding sellers, adding products too
Advertisement
Britannia makes nearly 80% of its revenue from biscuits. That is likely to change as the company wants ‘non-biscuits’ segment to contribute upto 50% of revenue in next five years.

According to Nirmal Bang, the reason behind Britannia’s great market penetration can also be the range of different products that it brought in the market this year. Despite the coronavirus constraints it launched three new categories – Salted Snacks, Croissants, Cream Wafers — which includes the relaunch of its biggest brand Good Day, NutriChoice Cream Crackers and NutriChoice Thin Arrowroot with improved product mix, visual product differentiation and differentiated packaging.

Britannia share price has grown over 32% since March 31, as investors hope its business is immune to current market backdrops. According to Nirmal Bang, “despite challenging market conditions, FY21 is looking like another solid year for Britannia Industries.”
Advertisement