Chinese Premier Xi Jinping landed in Chennai a little after 2 pm today to participate in the second informal meeting with Prime Minister Narendra Modi at Mamallapuram in Tamil Nadu. The first informal meeting held at Wuhan in China did result in slight normalisation of relations — which soured after the 2017 Doklam standoff.


This meeting is expected to thaw the frosty relations between the two neighbours over several issues, including Kashmir.

Advertisement
The Indian foreign ministry refused to discuss the Kashmir issue on October 10. This was a day after Xi met Pakistan Prime Minister Imran Khan in Beijing on Wednesday. After that, a joint statement was released by China and stating that Jammu and Kashmir should be "properly and peacefully resolved based on the UN Charter, relevant UN Security Council resolutions and bilateral agreements."

In response, India asked them to off the issue saying, "India's position has been consistent and clear that Jammu and Kashmir is an integral part of India. China is well aware of our position. It is not for other countries to comment on the internal affairs of India."

China also criticised India’s decision to scrap special status to Jammu and Kashmir and bifurcate it into two union territories, at the UN General Assembly last month in New York.

Advertisement
India plans to auction 5G airwaves this year but it remains undecided on whether or not to allow Chinese company Huawei to compete.

As China and the US are in the throes of a trade war, the latter has been arm twisting countries into banning Huawei from 5G roll-outs because of allegations of spying. And, there is a huge divide — Australia and Japan have barred Huawei while Russia, Turkey, and Saudi Arabia refused to.

Both these countries seek an ally in India, as it holds a big bargaining chip. It is the world’s second largest mobile services market.

Advertisement
For both US and China, India’s decision on the matter is key, and it has not spilled the beans on this topic.

Even after warm affirmations from the UK, France and Russia over India’s candidature for a permanent seat in the UN Security Council, China’s stance remains lukewarm. India has been elected as a non-permanent member in the UNSC a record seven times, and has been seeking a permanent seat, along with Germany, Japan and Brazil.

It also does not help that China blocked the proposal to designate Jaish-e-Mohammad (JeM) chief Masood Azhar a global terrorist for almost 10 years back, before finally lifting the hold earlier this year.
Advertisement

Azhar was involved in planning several terrorist attacks against India, including the 2019 Pulwama attacks.

China was one of the countries which was protecting Pakistan from being blacklisted by the Financial Action Task Force (FATF). Malaysia and Turkey were the other countries which had come to its aid.

Advertisement
China presides over the international anti-money laundering body which assesses a country’s efforts to combat terrorist funding. Pakistan was finally placed on the FATF blacklist in August this year.

China seeing the Quad as a threat

The Quadrilateral Security Dialogue (or simply, the Quad), comprising India, Japan, the US and Australia is a strategic partnership to counter the spread of China’s influence in the Indo-Pacific region. Beijing was expectedly unhappy and has been protesting within diplomatic circles, especially after they carried out joint military exercises.

China also has a long-standing feud with Japan over islands in the South China Sea, besides the border issue in India’s northeast. Despite Australia’s reservations on upsetting China, their growing proximity with New Delhi signals that China should beware of this small but steadily brewing partnership.

Advertisement
If even one of these many long pending issues are sorted, the meeting between the two leaders could be as historic as the city they are meeting at. 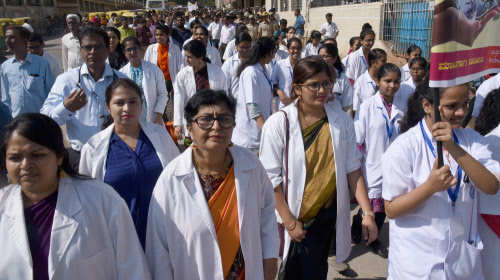