Plug in and ride in style: Electric cars with zero down payments on the anvil in India 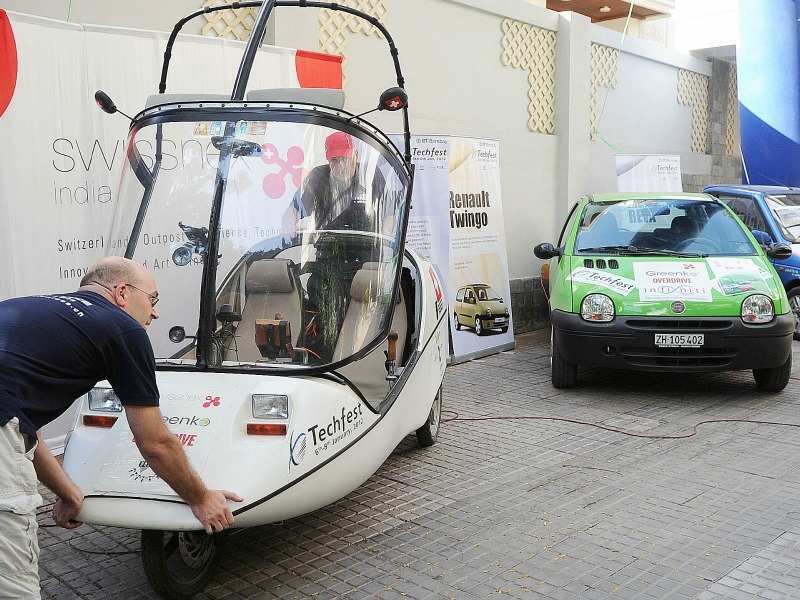 Ever thought about ditching the petrol pump to re-fuel your car and instead, plugging in to re-charge your cars? It would also save you hassles of fuel price hike. Sounds interesting, isn’t it.

Here comes the concept of electric cars, which are being planned for all sections of the Indian society.

“Prime Minister Modi has been very concerned about the environment. We believe that as the days progress and renewable energy becomes more attractive coupled with cost of storage falling in the years to come (this will help us reduce coal-based power plants in the future), we should simultaneously see how we can bring down the expanding demand for petroleum products. So it’s a 360 degree approach to bring down all fossil fuels, going forward. Electric vehicles, particularly on the passenger side, are something which is very much doable. Costs are falling and as storage costs fall and electric cars are made at a larger scale, our estimates demonstrate that we will be able to pay back the costs of the car in 7 or 8 years,” India’s Power Minister, Piyush Goyal, told EnergyInfraPost.com in an exclusive Interview.

Goyal said the introduction of electric cars in India will reduce the dependence on fuel.

“From the savings of petroleum or diesel imports vis-a-vis the lower costs of electricity will power the car and at the same time while we help the environment, we will also be saving a lot of money for the consumers of India. So all our programs are focused on how we can empower the common man and the man at the street,” Goyal added.

India spends a whopping over $100 billion (or Rs 65000 crore) every year on imports of oil and petroleum products. One of the ongoing efforts of the Modi government is to reduce this burden.

The focus of the Indian government on renewable energy, making it an affordable and clean source of power, is slowly but steadily changing the energy dynamics of India.

After the massive success of the LED bulbs program in India—a move that has seen India’s share in the global LED market grow from a mere 0.1% to as much as 12% in less than 12 months and the cost of procurement of a LED bulb fall from over Rs 300 to less than Rs 55 at present- plans are now afoot to launch affordable electric cars in India.

“Well I think we should plan to do this by 2030 but all this is still at a very preliminary and concept stage. But we have got some small teams working and exploring the availability of products so that we can scale up such a program,” said Goyal.

If there will be any partners from the industry, assisting the government in this program, Goyal said, “It is too early to comment on this but we are open to all sorts of ideas.”

“The government is trying to arrange funds for such an initiative…..A group has been formed under Union Road Transport and Highways Minister Nitin Gadkari. Petroleum Minister Dharmendra Pradhan, Minister of State for Environment and Forests Prakash Javadekar and myself as part of this group. Discussions are going on whether India can become a nation with 100 percent electricity run vehicles by 2030,” the minister added.