Advertisement
Rounak Jain
Sep 23, 2020, 11:02 IST
Google CEO Sundar Pichai at the 'Digital Unlocked' skill program in New DelhiBCCL
Advertisement
Alphabet and has been named as one of the 100 most influential people of 2020 by TIME. ’s CEO Jamie Dimon took the time out to say what makes Sundar Pichai so influential and important.
Showering praise on Pichai, Dimon said, “Sundar Pichai’s uniquely American story—emigrating from India as a young adult and working his way to become CEO of a $1 trillion corporation—represents the best of what we aspire for our society.”

“The challenges Sundar faces in his role are among the most important of our time — issues of innovation, privacy, regulation and competition. But his analytical, humble and inclusive leadership will position Google to meet the moment,” he added.

Dimon is not alone in recognizing Pichai’s humbleness. The list includes Google co-founders Larry Page and Sergey Brin, his peers at Microsoft, Salesforce, Twitter, LinkedIn have all hailed him.

His colleagues, too, have great things to say about him – everyone that Business Insider talked to about Pichai said he’s very empathetic and that he has a reputation of being enjoyable to work with.

Google CEO Sundar Pichai delivered a message to the class of 2020: Be open, be impatient, and be hopeful


Humbleness is but one quality behind Pichai’s influence

Pichai’s humble roots are but one reason behind his meteoric rise as the CEO of a trillion-dollar company.

Although he joined Google as the VP of Google toolbar, he had the foresight to see the end of the toolbar before anyone else. This led him to pitch for Google Chrome in 2006, which is now the most used web browser in the world.

After Android hit the 1 billion devices mark, he recognized the need to bring ‘next 5 billion’ users online using low-cost devices. Google has also expanded its range of hardware devices under his leadership – from smart home products like speakers, to the premium Pixel range of smartphones.

Pichai’s US story and the rise at Google

Advertisement
Pichai was born in the small town of Madurai in Tamil Nadu. He left for the US on a student visa to join Stanford University. After completing his education, he landed a job at McKinsey & Co.

In 2004, he joined Google to lead the product management on Google Toolbar and subsequently Google Chrome, the most used web browser in the world. He rose through the ranks, leading several important products like Android, Gmail, Maps and Drive.

He was announced as the company’s CEO in 2015. In 2019, he became the CEO of Alphabet, Google’s parent company.

Google will invest $10 billion in India, as CEO Sundar Pichai says India will lead the next wave of innovation

Sundar Pichai, Satya Nadella, Indra Nooyi and even Melania Trump entered the US on the same H-1B visa that Donald Trump's suspending 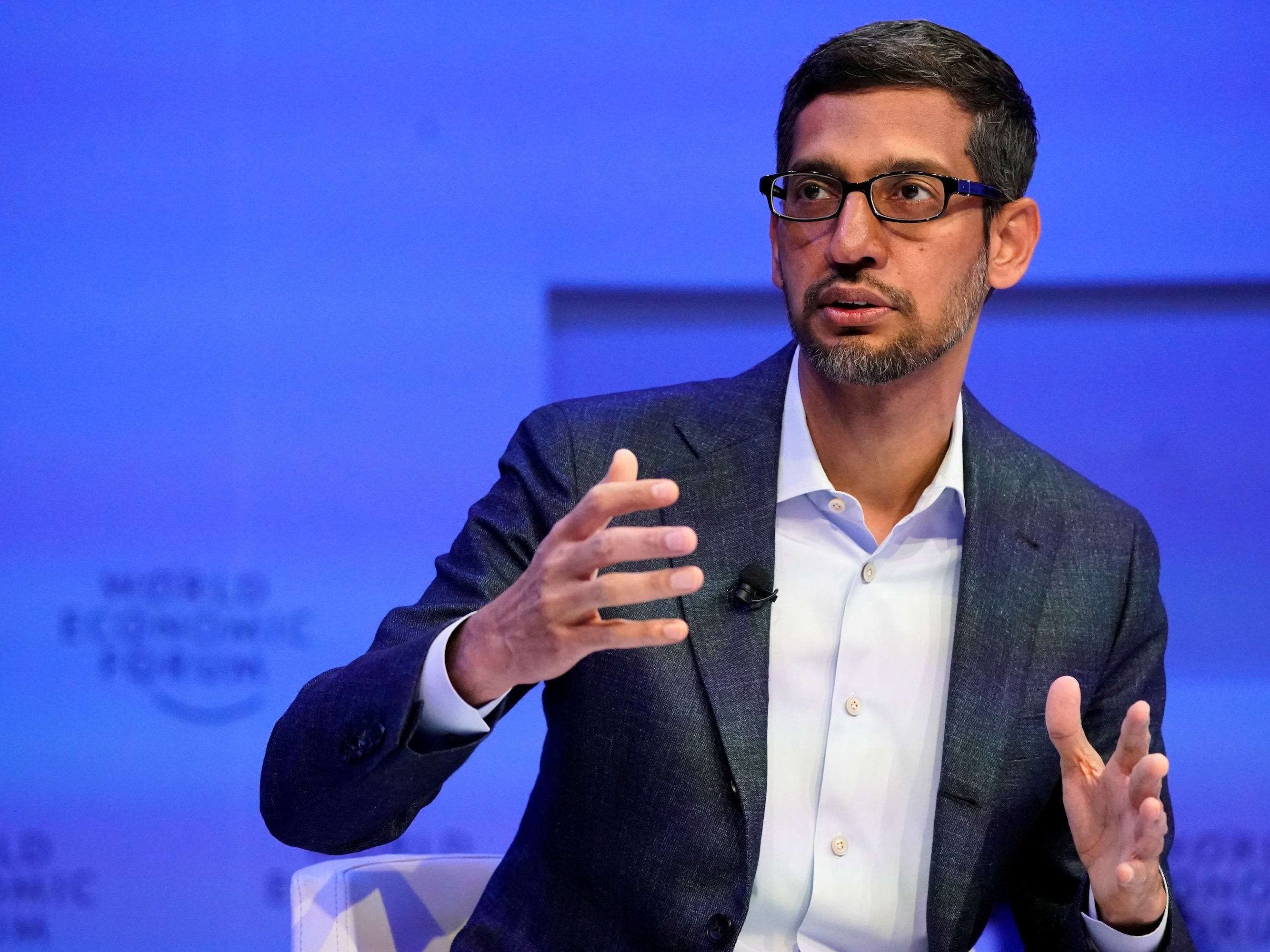 Google CEO Sundar Pichai delivered a message to the class of 2020: Be open, be impatient, and be hopeful