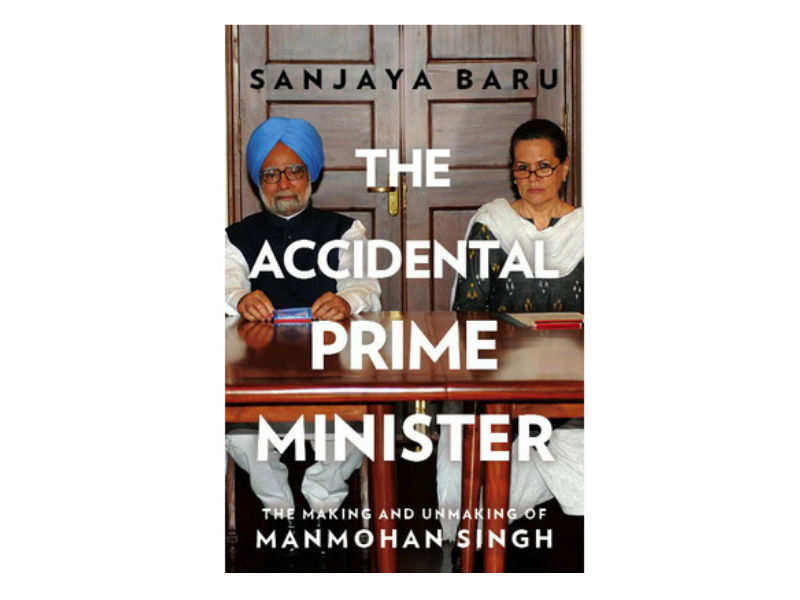 Indian cinema, it seems like, has adapted the trend of turning books into movies rather profitably, much like its western cousin, Hollywood! Another one in the series is last year’s political best seller, Sanjay Baru’s “ The Accidental Prime Minister”.
Advertisement

As reported by Economic Times, the movie will be an apolitical one portraying the very political decade, from 2004 to 2014.

, who just acquired the rights of the book says, "My movie will be denuded of any political agenda and bereft of any political leanings. It will be a true reflection of what has been authored by Mr Baru in his book."

The book, authored by , former Prime Minister Manmohan Singh’s ex-media advisor came out in 2014, ahead of Lok Sabha polls, after which the age-old political party, Congress, was defeated by BJP.

The movie, reportedly, will narrate the alliances, deals, intrigues, betrayals and machinations that led to the economist-turned-politician becoming the Prime Minister in 2004. It has already been made clear in the contract that the producer will "not add" anything to the script.

Advertisement
As per the political pundits and experts in the Indian cine-industry, making an apolitical movie out of such material won't be just difficult, it's almost impossible.

"My sole intention is to make a movie covering the 10 most crucial years (from 2004 to 2014), which changed the political spectrum of our country and fortunes of India's oldest political party - the ," Bohra told ET.

Baru, a former journalist who has also previously worked with ET, had not only highlighted Singh's strained relations with Congress President and her son and Vice-President but also the real nature of his association with other party seniors and bureaucrats had come to light. It was also about the scams that took place under Singh's leadership, which eventually led to the downfall of the age-old party in the 2014 general elections, after a decade at the helm of affairs

Baru, in his much controversial book had said the former prime minister's "general attitude towards corruption in public life" was "active morality for himself and passive morality with respect to others."

The film, as per the reports, is expected to be released by the end of 2018, the time when and BJP would be seeking re-elections. The film might impact the forthcoming Lok Sabha elections in 2019.

Advertisement
Bohra said he was drawn to the book because it provided an intimate glimpse into the corridors of power. "I was highly intrigued when I read the book, which has gone on to become one of India's bestsellers," he said. "Never have I come across a book which gives you an inside view of the room of none other than the prime minister and that too by his advisor. I find it a very interesting and significant story to narrate."

Baru, who was Singh's media advisor from 2004 to 2008, said he was convinced to sell the rights after speaking to Bohra. "Mr Sunil Bohra said that he felt my book lends itself well to dramatic picturisation," Sanjaya Baru told ET. "He wanted my permission to make a movie based on it. I have agreed."

The production team hasn't yet settled on the format, with some members suggesting a documentary similar in style to Michael Moore's Fahrenheit 9/11, which critically examined the US’ role in wars in Iraq and Afghanistan.

Bohra declined to elaborate on the treatment, although he seems to favor a feature rather than a documentary. "All I can reveal at this moment is that the final outcome will be grand and tailored for Indian and foreign audiences," he said. As for who will play the various characters in a feature, auditions will be conducted online through Bombaycasting.com, Bohra said. Pre-production has already begun and research will soon kick off on the project as the banner puts the team together, he said.
Image: indiatimes