Advertisement
PTI
Aug 1, 2020, 10:54 IST
FILE PHOTO: Murlidhar Mohol, the mayor of Pune
Murlidhar Mohol has alleged that at least 400 suspected COVID-19 deaths have gone unaccounted for in the city in July. Mohol said he raised the issue during his meeting with Chief Minister on Thursday, when the latter was in the city to take stock of the coronavirus situation.
Advertisement

Speaking on Friday, the mayor said that every month there are at least 400 to 500 deaths of suspected coronavirus patients that are going unaccounted for in and private hospitals in the city.


"There are at least12 deaths of suspected coronavirus patients that are going unaccounted for in Sassoon hospital daily. Similar cases are taking place in private hospitals also," he alleged.

"These deaths remain unaccounted for because the patients are either brought dead to the hospitals or they die immediately after being brought there.

"As per the guidelines, no test is conducted on a deceased. But when the doctors take the X-ray of these people, they show symptoms of COVID-19," Mohol claimed.
Advertisement

He said that while raising the issue with the CM, he sought steps to stop such deaths.

"Early tracing of patients should be done so that they can be given timely treatment and such deaths can be stopped," he added.

Following the allegations, Collector Naval Kishore Ram said an inquiry will be conducted into it and a report has been sought from Sassoon hospital.

"The staff of the district administration keeps visiting Sassoon hospital and goes through the records. It is unlikely that there is any misreporting or under-reporting in Pune," he said.

"There might be some issues related to data entry. But the figure mentioned by the honourable mayor looks impossible. But we will conduct a fair inquiry as I have sought a report from Sassoon," the collector added.
Advertisement
SEE ALSO:
Here’s a list of all the upcoming online sales with crazy discounts in August
Tata Motors sees its loss widen by nearly 22 times as sales fall to one for every five units a year earlier
SBI piles on profit and provision with cash from selling stake in insurance business⁠— bad loans drop 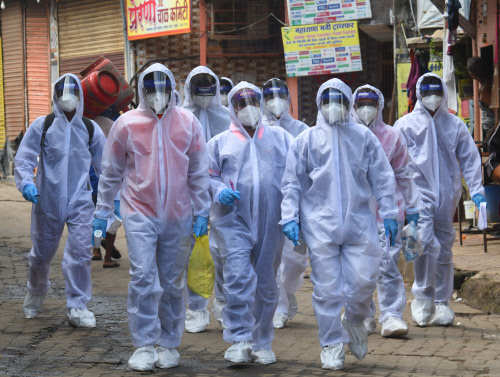