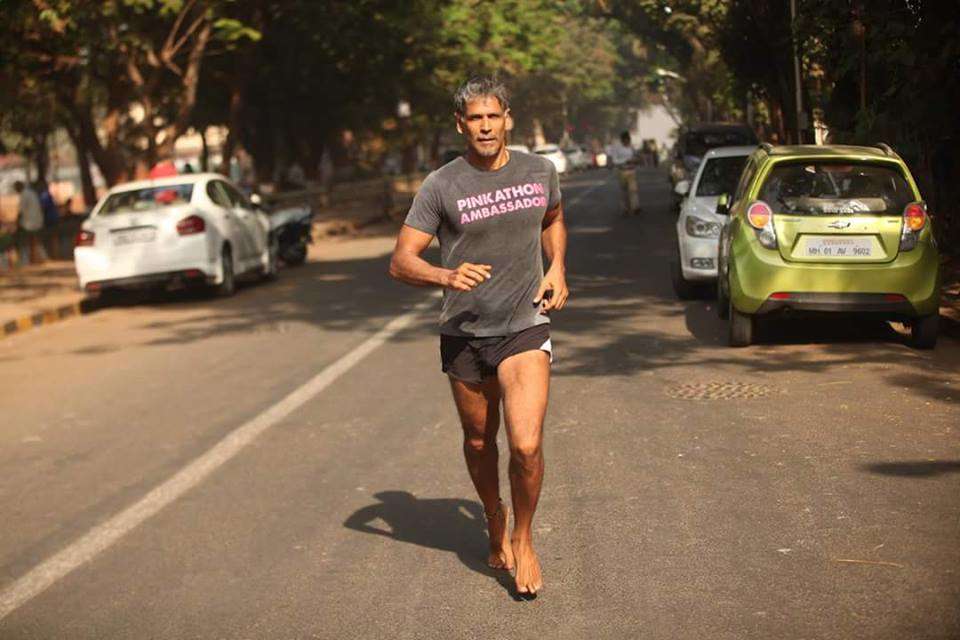 Former supermodel, actor and enthusiast, Milind Soman, already christened –The after he completed a course of a 3.8 km swim, an 180.2 km cycle ride and a 42.2 km run in just 15 hours in the toughest triathlon in Zurich, has now taken up a new challenge.

The 50-year-old is running the 570-km-long stretch between Ahmedabad and Mumbai via Silvassa, barefoot for the , which calls itself the country’s first multi-city ultra .

Soman started his run from July 26 onwards and managed to complete a massive distance of 67 kms on the first day to reach Anand. Advertisement
On the second day he completed another 62 kms. In a video posted on his Facebook page, Soman is seen running as if he’s on his daily morning jog- the fact that he’s barefoot doesn’t seem to bother him at all. 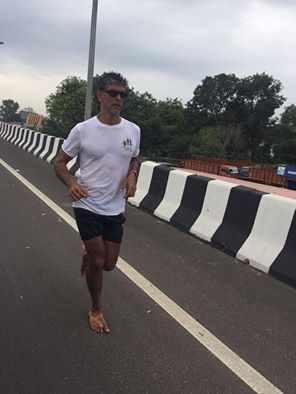 He also points out how the weather is humid- all while running between two cities BAREFOOT. Soman is expected to reach Mumbai by August 7.
Advertisement

Here’s wishing him a fun run!

If this doesn’t give you fitness goals, nothing will. Advertisement
Image credit: Milind Soman/Facebook