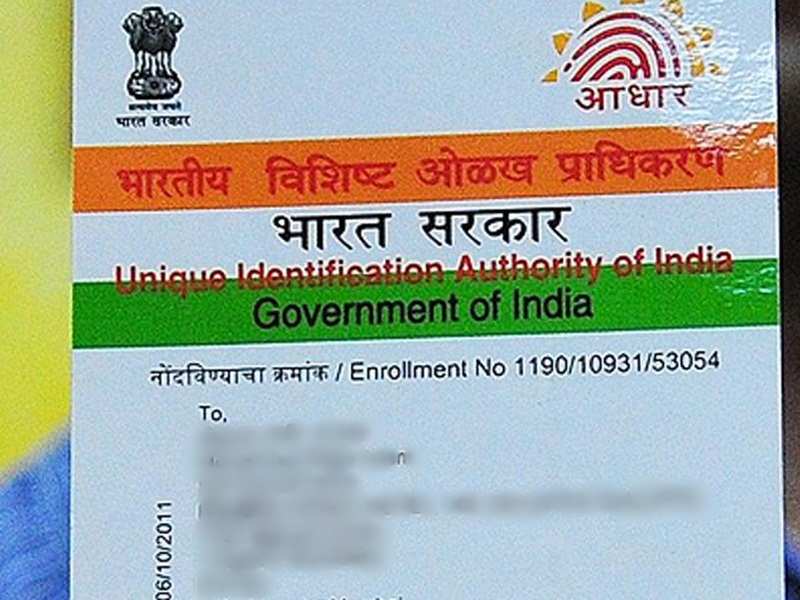 Advertisement
In what is being regarded as a major milestone in ’s , bank accounts of 10 crore people have been linked with their card numbers. The move would allow these individuals to digitally receive government welfare subsidies and other payments in a hassle-free manner directly into their bank accounts.

If the person moves to another part of India, they can access these subsidies as the facility is portable across any bank in the country. Till date, 333 banks are live on this platform.

In order to link Aadhaar number to the bank account, one needs to provide a copy of their Aadhaar letter or their e-Aadhaar to the bank branch in which he/she holds the account. Once the account is seeded, it can be used by central government departments to transfer subsidies directly into this bank account.

And just by dialling *99*99# on their mobile phones, residents can check status of the Aadhaar-Bank account linkage. To avail this facility, which is provided by National Payments Corporation of India (NPCI), you need to pay Rs 1.50 per enquiry.

The Aadhaar identity platform is the largest biometric database in the world and serves users ranging from LPG consumers, MNREGA workers, PDS, remittance and scholarship beneficiaries, etc. – all using their Aadhaar number to avail benefits.
Advertisement

Till December 9, 2014, nearly eight crore transactions have been carried out through the Aadhaar Payment Bridge for various welfare programs of the BJP government, which amounted to Rs 5,151.51crore.

The (), which has received national and international acclaim for the Aadhaar project, has also been declared as the best agency for “security in e-governance,” as per a press release available on Press Information Bureau.
(Image: The Economic Times)