Link Copied
The report, to release in September 2021, is expected to be important in understanding the depictions of women in adver...
Karuna Sharma
brands

Karuna Sharma
The report, to release in September 2021, is expected to be important in understanding the depictions of women in adver...
Airbrushed faces, petite figures and fair skinned models in advertisements across the world have made women like me feel uncomfortable in our own skin. We look in the mirror only to notice our flaws and turn to beauty products to fix ourselves because they’ve been feeding on our insecurities and profiting on our vulnerabilities.

The portrayal of women has remained very shallow for years. Until early 2020, fairness creams were used as a yardstick to determine a woman’s worth, personally or professionally. The man is usually portrayed as the breadwinner who buys an expensive gift for his wife -- he is smart and successful and the woman is depicted as someone’s wife or mother whose only life purpose is to take care of her kids and husband. While many beauty brands have finally woken up to realise that selling ‘fair skin’ is problematic, even today, we only see thin models, upper-caste and rich women in advertisements and minorities like muslim women, North East Indian women and transwomen aren’t included in mainstream campaigns. They are only given a little attention on Eid or during pride month.

The is conducting a research study to understand the damage advertising has done over the years by perpetuating gender stereotypes. Titled ‘GenderNext,’ the report will look back at the representation of women and help Indian brands and advertising agencies shape gender narratives in advertising positively as we move forward. 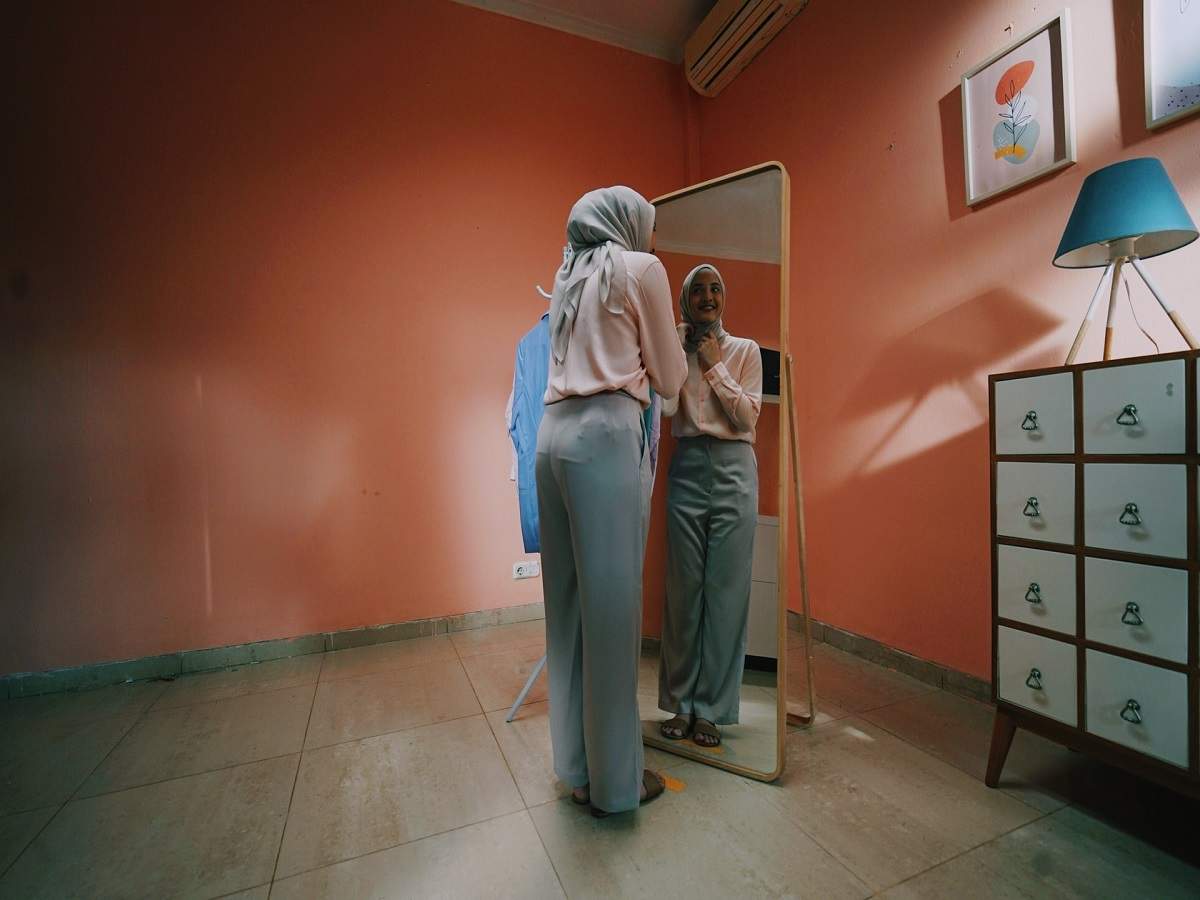 The report, to release in September 2021, is expected to be important in understanding the depictions of women in advertising

Telling us why ASCI decided to plan a report on gender discourse now, Manisha Kapoor, Secretary General of ASCI, said, “Women have been a matter of debate for many years. From time to time, these are issues which are of interest to both advertisers and society because advertising impacts the gender discourse, and gender discourse impacts advertising. They contribute to how the other develops but advertisers definitely have the responsibility through their brands of making sure that their own depictions are responsible, that they are fair, that they are progressive, and they're very positive.”

She told us how it is easy to spot an advertisement that overtly crosses a line. However, there are ads which subtly perpetuate stereotypes and ASCI will concentrate on that.

“In the spectrum of what is acceptable, there's so much and there are such subtle kinds of narratives, which are part of advertising. The effort is really to uncover those and create many new starting points for advertisers on how we can even within the broad spectrum of what is acceptable to understand what is better, what is more positive, what is accepted by consumers better, what is seen as less problematic. What is seen as aspirational, what is seen as relatable. If we're able to kind of identify those narratives, we believe this is going to be a study which has many actionable insights for advertisers. It may be useful for them in the long run in their brand messaging. Not to kind of find fault with what is happening or anything of that sort. But it is to create a platform for better with more engaging, more responsible, more positive depictions of gender in the future,” she explained.
The study will be mainly divided into five parts: decoding of advertising, consumer immersion, ad agencies/people who create ads, gender policy makers and draw insights from Bharat Darshan, a proprietary study done by Futurebrands over a decade, and across more than 200 towns.

Elaborating on the study's methodology, Kapoor said, “Firstly, we're looking at a cultural and semiotic decoding of advertising. We would look at how women are shown in ads, said and unsaid equation in that depiction, what are they wearing, are they a decision maker for that category? Is that a role that is expected of them in a more traditional way? We’ll do that across several regional and national ads across a period of time. Secondly, we are doing a consumer immersion study, where we will be talking to consumers about how their own lived reality of gender is. One is what they see on TV and how they respond to it and we'd compare that with their actual lived experience of gender.”

She added, “Third is about people who are creating advertising: What is their framework? What are they getting influenced by? What are their reference points? What do they think when they start to create an ad? The fourth is looking at policymakers, gender specialists, experts who have been in the domain for many, many years and who work with real women across different strata of the population. How do they look at advertising and impact of advertising? How would they see life differently because they have decades of experience. They have worked closely with the legal process, with the legal framework of this country as it relates with depiction of women. Fifth part is Bharat Darshan.”
The study will cover multiple categories like personal care, fashion and beauty; hearth, home and health; gadgets and wheels; and money and education.

On whether ASCI is planning to include minorities like Muslim women, Dalit women or transwomen, Kapoor said, “We will definitely look at advertising of all sorts. While the focus is on women but I think gender dynamics become a part of the query even if you were to look at just women. So where on the gender spectrum you will fall when we look at advertising which may have shown those kinds of depictions, those are certainly the points that we’ll pick up and analyse. We will try and understand how that contributes and how that moves the narrative ahead. So, those kinds of ads will also be on our radar.”

As per ASCI’s press statement, it will provide insights to navigate and embrace positive narratives for women in advertising content. Excitedly, we asked if that would include talking about body positivity and encourage advertisers to show real women in ads and much to our relief, Kapoor agreed that it would be a part of the study.
She said, “We are looking at health and fitness as one of the sectors that we will study. What you mentioned (body positivity), that gets covered in the whole decoding of advertising: what are the kind of women we are showing in advertising. And when we show different kinds of women, whether be body shape, skin color, age -- we'll do research on what are they falling back on stereotypes: are older women shown in different ways than younger women and all of those dynamics. This is why it's such a complex, but very fascinating study. But yes, absolutely. We will cover health, fitness and women and their bodies.”

We reached out to women in advertising agencies to find out what are some of the concerns that they are hoping this report would address. They seem very excited to know that an industry body has taken upon itself to change the gender narrative and make strides towards inclusivity and have high hopes.

Ashwini Deshpande, Co-founder & Director, Elephant Design is also a Co-founder of the initiative ‘The Collective’ that started after #MeToo. Deshpande and her team has been helping women in the advertising fraternity feel safer at their workplace, talking about equal pay and rights for women.
Sharing a list of concerns she expects ASCI to address, she mentioned, “Narrations or humour based on gender, caste, racial features, regional accents: any stereotyping that leads to trivializing or offending specific sections of society
- Sexualization/ objectification in a completely unrelated or unnecessary context: products or services that have no connection with display of seduction or women in revealing attires
- Stereotyping relationships: especially women being shown as people who "serve" others
- What is being directed towards children and whether it is being done responsibly
- What is being pushed in the name of festivals - Clarity of message while offering discounts or schemes
- Claims being made by remedial/ medicinal products”

Ronita Mitra, Founder and Chief Strategist, Brand Eagle Consulting said, "Women are already visible achievers in many fields today be it academics, professional/ career achievements, art and culture and many more. In fact, mindset across generations is evolving among all genders towards the traditional classification of roles and expectations. This includes all stereotypical lenses which create divisive and archaic boundaries, be it caste, gender, colourism, etc. If brands and advertisements are to truly reflect consumer trends, this evolving consumer psyche should in any case be reflected in the narratives and storytelling. While some categories and brands have begun the process of reflecting the evolving realities, certain categories continue to be steeped in the stereotypical role definitions and boundaries. Brands, through their advertisements and storytelling are a powerful influencer in engendering shifts in consumer attitudes and thereby, behaviour at societal level."

She added, "ASCI's move to develop a report focusing on the depiction of women in advertising, ought to be lauded as it will provide momentum to the need to shift the archaic and stereotypical depiction of women's role in communication in the yesteryears and in fact, showcase women's roles as is already experienced in many facets of our lives today and in the years to come. In fact, many consumers are already living lives guided by gender neutrality rather than traditional gender-based lives. The Guidelines based on consumer insights from a self-regulated, robust institution such as ASCI will lend a lot of credibility and support to the discussions that marketers will have within their organisations to accomplish organisation-wide buy into progressive brand and creative ideas. However, it would be important to ensure that the guidelines are future-ready and not confined to merely reflect the realities of changes in women's role as of today. In a fast-evolving world, the pace of change of role definitions will also keep changing and the guidelines need to be mindful of the same. To that end, while the first report is a great beginning, hopefully, the insights and the resultant guidelines should ideally be refreshed every few years to ensure that it's continuing relevance for the environment that would take shape in the future as well."
Nisha Singhania, Founding Partner, Infectious Advertising said, “There definitely has been a gender stereotyping when it comes to the portrayal of women in advertising. I’m hoping this study will identify some of these biases and help project women in a more progressive and equal manner. Guidelines on depiction which are offensive or regressive will definitely help advertisers have a more responsible portrayal of genders in ads.”

Rajni Daswani, Director at SoCheers said, “Social stigmas like skin colour, size of a woman, her rights and roles in a household or at a workplace should be some of the things the guidelines should definitely cover. We’ve seen a lot of stereotypical ads whenever there are any women protagonists promoting a product/service. What we portray about women through these ads are what future women are going to see and grow into and it's crucial that we get it right and move towards being a more gender-agnostic progressive society who is ready for the world of tomorrow.”

How the ‘local area marketing’ strategy has been working in favor of Havells India in these uncertain times
Samarpita Banerjee
Apr 23, 2021, 10:00 IST
More From Business Insider India

What you can do if you have 'mild' COVID-19 symptoms, according to new AIIMS/ICMR guidelines
Rounak Jain
Apr 23, 2021, 12:04 IST
Popular Categories
Trending Right Now
More from our Partners